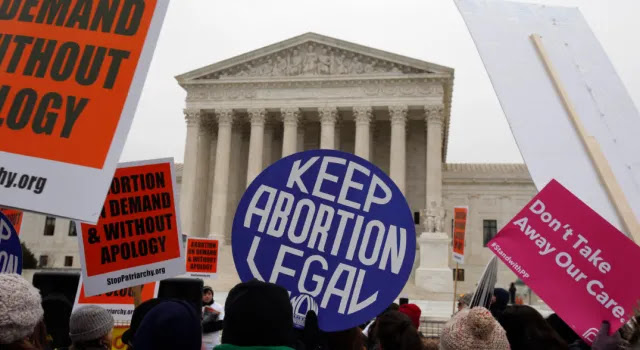 Just in case you were thinking that the world and especially the USA was becoming a kinder more humane place, there have been a couple of setbacks in recent months which could make you change your mind and not just in the USA either.

The most recent of these was on 22/6/2022 when the US Supreme Court overturned Roe vs Wade which gave American women the right to abortion.This means that 26 states will now either make abortion illegal or severely restrict it. States where abortion is likely to become illegal are shown here.

I am still at a loss to understand how in a supposedly democratic country, nine unelected officials – several of them Trump appointees, can decide what will happen to millions of women and overturn a precedent that has been in force since 1973. Among other developed nations only Poland and Malta have such draconian laws and both countries have come under considerable fire from Human Rights advocates such as Amnesty. However, unlike some US states such as Texas, not even Poland has restricted the right to travel to more liberal countries and still allows abortion in the event of rape and incest. Read more re: the Human Rights implications here.

Let's be clear. Women will not stop having abortions. It just means that hundreds of women – especially poor women, will be forced to go back to unsafe illegal abortions at huge risks to themselves. When abortions were still illegal in Australia, many women died of sepsis or excessive bleeding after ‘backyard’ abortions conducted by unqualified people. With maternal mortality in the USA already three times higher than in other OECD countries - possibly due to the lack of affordable healthcare, we can expect it to climb even higher, particularly in anti -abortion states.

At least one state even prosecutes women for doing anything themselves which could harm their foetus. A New York case where a woman who lost her baby because of a car accident was gaoled for 9 years – since released after serving 3, for failing to wear a seat belt and thus “recklessly endangering her unborn child,” should ring alarm bells. Doctors and other ‘enablers’ such as women who transport or give shelter to women going to another state for an abortion are now also at risk of being charged.

For this and some of the even more bizarre aspects of this ruling see the New York Times article, “When Prosecutors blame a Mother for Miscarriage, and especially Part 2, The Feticide Playbook Explained, which shows that in many states women can now be prosecuted under a range of charges from murder to reckless endangerment of their foetus for such things as being a drug addict or suicidal, being in an accident, falling downstairs of refusing medical intervention. There are also fears that this move will embolden those on the far right who wish to end other forms of birth control or same sex marriage.

I  cannot comprehend how a country can claim to care about ‘the right to life’ for foetuses, while at the same time having  3,371 children killed in schools (2019) and failing to provide affordable healthcare, adequate housing and social welfare for its existing population.The USA already has over 14% or 10 million children living in poverty. It seems to me that if a society wanted more women to keep their babies, it should first ensure that they will have a home, a livelihood and a future.

With many of the world's women still struggling to obtain the basic  Human Right to autonomy over their bodies and reproductive rights, especially in the Middle East and parts of Africa, the US decision sets a very bad precedent for other countries.  Some countries such as Hungary and Romania have recently made it much more difficult to obtain an abortion, even though it is technically legal there and although Italy has also legalised abortion, 70% of doctors have refused to perform it.

From a global perspective, it is also unconscionable to force women to bear more children in a world of diminishing resources, .We have already seen the waves of people fleeing their homes because of famine and natural disasters. These will not diminish as the world becomes more crowded, countries become poorer and less able to meet their needs and climate change continues to make its presence felt.

2. The failure to restrict firearms

Its the height of hypocrisy claiming to be ‘pro -life’ yet not restricting access to guns in the USA.  A 2015 comparison of homicide rates between the USA and comparable high-income countries, showed the US rate to be 24.9% higher, with high gun -owning states recording a rate 36 times higher and low gun -owning states 13.5 times higher, than similar countries.

It’s true that America’s violence and homicide issues run much deeper and affect other western countries too –  see the excellent Common Dreams article on this, but guns make it so much easier to kill, injure or commit suicide for that matter. They remove both the face -to -face confrontation otherwise required and also the opportunity to hesitate and reflect, before pulling the trigger. The death rate is but the tip of the iceberg – firearm related injuries – accidental or otherwise, or robberies and assaults using them, are also much higher so gun control is still a good place to start.

Next time - 3. That other great leap backwards