Interregnum -and the Post-Christmas Blues

The tinsel is sagging. Real Christmas trees are wilting in the heat. You’ve spent too much. You’ve eaten too much and you’ve had too much to drink. The stuff you bought before Christmas is now on sale at half the price and despite great restraint, you have put on at least a Kilo in weight. One should be thankful for small mercies. At least I don’t have a hangover.

It is however the season of drunk drivers, car accidents, drownings and suicides and there is very little sign of the Peace and Joy we sang about. Wars and catastrophes continue across the globe – tsunamis always seem to come at Christmas, and usually an earthquake or two as well, not to mention bushfires and floods. The homeless are still homeless, irrespective of the bountiful Christmas Dinner put on by local charities, businesses and volunteers and Africa’s children are still starving, despite all the chicken and goat cards we bought last year.  The fighting never stops, whether in some far flung country or right here in the house. Family togetherness is not what it used be.

But Christmas is a bit like childbirth. Sometime between Christmas and New Year after you have returned the sweater that didn’t fit or exchanged the toy that didn’t work, you start forgetting the bad bits -the relentless cleaning, the planning, the deliberating over presents and what to wear; the frantic shopping trips lest the hams and raspberries run out; the slaving over hot stoves in hot kitchens; the underdone turkey and lumpy sauce and by the time you have started passive -aggressively doing the dinner dishes, you are already thinking about next year and how nice it was to have the whole family together for once. We did have some lovely times and the food was great. How sweet was the new baby! The bigger girls looked so grown up this year and really helped. The adults on the other hand, all looked a bit more stressed and careworn – work, bills, parenting, traffic - and they have less and less time to play. 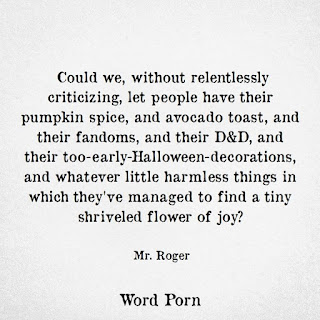 Hope by New Year’s Eve we will all be holding hands (in spirit if not in fact), singing Auld Lang Syne (never did know the second verse –see it and the translation below) and  drinking that cup of kindness yet, though there are definitely some things that should be forgot.

Tall Trees and where to see them

Centurion, a Mountain Ash (Eucalyptus Regnans) can easily be seen on a short detour on the way to the Hartz National Park or Tahune Forest Adventures just west of Geeveston. It is believed to be over 400 years old. Tasmania is home to a number of other exceptional trees. In the South you can admire them in the Styx Valley or the Florentine Valley where there are Stringy Barks around 78m tall but with enormous buttresses. The "White Knights" -White Gums/Swamp Gums or Manna Gums (not sure which, possibly (E. Vinimlis)* which reign in the North East's Evercreech Forest are around 300 years old and stand approximately 90 m tall.  Alas, most of these involve some difficulty of access – dirt roads, isolation, poor services and distance from major towns and cities, but if you are happy to settle for superb trees of around 70m of so, there are also fine stands of Mountain Ash on the Tall Trees Walk at Mount Field National Park.

* Eucalypts are quite difficult to classify and go by many different common names. There are for example, at least 9 different trees called "White Gums" by locals, several "Swamp Gums, " depending on where you live and at least two "Stringy Barks" and several - e.g. the one above, which could be called that, given the messy state of  it's bark.
Fortunately, Rob Wiltshire and the University of Tasmania's Biological Sciences and  Centre for Forestry Values, have just released their excellent field guide, "EucaFlip" which should help in future.

There are people who love to hug trees. Now apparently there are also people who like to email them. The state of Victoria gave its prominent trees email addresses so that people would be able to report on their health and status. Instead, people have started emailing the trees themselves with touching and thoughtful messages in which they share their hopes, dreams and innermost thoughts, or just to let the trees know what they mean to them. Read the full story here. I am sure the trees are good listeners, but I wonder if it is a reflection on modern life, that people would rather write to trees than talk to other humans?  I also wonder what the trees would say, if they could answer back.
Nice idea though. Wish I had their address.


My friend wanted to walk to Gunner’s Quoin this week, but I declined as it starts off on the same route as Mount Direction about which Tyrone Thomas wrote in “100 Walks in Tasmania” that the whole area “is alive with snakes.”
Instead we went to Kingston again in similar weather to our last walk – that is, there were a few spots of rain and some very dark clouds which completely obscured the beautiful views of sea and mountain which we were promised upon reaching the top of Picket Hill. Still, quite a pleasant walk amid rustic scenery and flanked by flowering dog roses. It wasn’t till we got home that I read the article my son had sent warning about  snake sightings in Kingston as well.

I have an unholy fear of snakes. It's a bit irrational really as I have in fact seen very few snakes and they kill very few people, far fewer than those who die from  anaphylactic  shock after being stung by bees and the like. Indeed, domestic ladders cause ten times more deaths annually than either sharks or snakes, with drownings - about 5,000 in all over the same ten years of study, topping them all. Of around 3000* people who were bitten by snakes, there were only two deaths. Nevertheless, we have had some warm weather at last and there have been plenty of sightings, both here and on the mainland, such as the snake which visited a Canberra shopping centre recently for spot of Christmas shopping.

All Tasmanian snakes are deadly but that said, they usually do their best to stay out of the way, though there is always the chance of disturbing one while leaping over rocks and logs or scrunching through leaf litter or long grass. This why you should always wear fully enclosed shoes and long pants when you go bushwalking, even if you would much rather be wearing shorts and thongs (flipflops to UK readers). All snakes in Australia are protected, so you should never try to kill one either, unless it’s say, in your kitchen, in which case you may have a reasonable defence. Mostly you should just wait until it goes of its own accord as the following clip suggests. Many of the recorded snakebites occurred while people were trying to kill them or pick them up.


Among the reasons people now rarely die of snakebite, is that we know much more about how their venom works and because there are much more effective treatments. In the first place you must keep the patient absolutely still since the venom moves through the lymph system before hitting the blood stream (and not all bites result in envenoming) and to prevent this happening, you should bind a compression bandage firmly but not too tightly about 10cms above and below the bite. Don’t wash it either and don’t try to extract the poison by any means, which was the old course of action. If the bite is on a limb, bandage right up it to the groin or armpit and then get help. It is no longer necessary to identify the snake as the new antivenom covers all contingencies – this is the other reason why people rarely die. I am indebted to my ex -sister in law, a nursing professional for this bit of information. Link to the full article here.
Ironically, over half the snake bites recorded in Australia occurred in urban areas and aound homes and not while bushwalking, which should be somewhat reassuring but isn’t. I mean, what if you are in the other half? If you do meet one in your garden or shed, leave it alone and call a snake catcher. Your local council or Parks and Wildlife Service will know where they are.

* These figures seem excessive (as do the ones for drownings) as you seldom hear about snakebites, yet I have checked several sources and they all quote the same numbers. Australian Geographic puts it closer to 100 a year of actual snake bites as opposed to 1,548  suspected bites. In either case only around 2 per year prove fatal. Note also what this article says about using CPR in the event of collapse.