Walk in the West


Had my first walk for the season today, not a very long one I am embarrassed to say (had to call on my daughter to come and pick me up), but I did see the first of the glorious wildflowers – the first kangaroo paws, the first orchids and many other flowers and birds whose names I don’t know. There were certainly the stunning blues of the lechenualtias (endemic to Western Australia and named after Baudin's naturalist) , a deep purple pea flower, the occasional parrot -pea like clumps and a few guinea flowers, but pink and white seemed to be the order of the day.

In this area there were also  also large banks of rather drab white flowers which may have been responsible for the overwhelming scent of honey. What a pity I can't post smells.

Many thanks Ray for identifying some of those flowers. Check out Ray's  G'day from W.A.website. It not only has excellent wildflower photos, but also Western Australia's wildlife and scenery. His orchids are absolutely stunning.

It’s 5.10 a.m. Perth time. The first magpie has carolled, a distant rooster crows. Someone sent me a message that the Perseid Meteor Shower is supposed to be visible in the Southern Hemisphere at 5.25 and that it was supposed to be especially spectacular this year. We’d seen it once while overnighting on a racecourse in Cairns and it was the most beautiful sight – showers of falling stars.

I didn’t want the girls to miss it, but after last night’s bonfire with charred marshmallows, I couldn’t wake them, so now I was sitting expectantly in the “dress circle” -that bit of curved retaining wall at the back of the house, looking up at the stars and getting a stiff neck and frozen feet. (It’s better if you can lie on your back, have a blanket and a thermos and maybe a couple of pillows).  Astronomers are a hardy lot. I recall a night with freezing ears watching a friend take photos of Magellanic Clouds. Tonight the moon has set, there is only a little haze and almost no light pollution. Orion is visible and so is the Southern Cross.

After almost an hour the count is one satellite, one shooting star, three planets and one streetlight. I’m pretty sure that one of the planets is Mercury since it is reddish but I’m not sure about the others.  I go inside to check it up on the Internet. Could they really be Uranus and Neptune as the NASA site says, or is that only for the Northern Hemisphere?

There are lots of sites with stunning pictures of the Perseid Shower, but none are as beautiful as the one we saw that night on the racecourse – and no, I wasn’t on anything.
Right at the end there’s an ABC News item as to when and where you can see it. Alas, they are all for the north of Australia – Darwin, Cairns etc. South of Brisbane it occurs below the horizon. Just as well I couldn’t get the girls out of bed. The site below says that it should be visible in Perth between 5 and 6 a.m. tomorrow morning, so I  may give it another shot. It gives the times for other cities also. The shower is expected to last until August 24, though the waxing moon will make it harder to see.

There may be other opportunities to see meteors later in the year, though they come with no guarantees that you’ll see them where you are. I’ll have to consult my friendly neighbourhood astronomers.
These are from timeanddate.com which also shows moonsets, sunrises and sunsets in your area:

More Antarctica -even the Huskies are coming 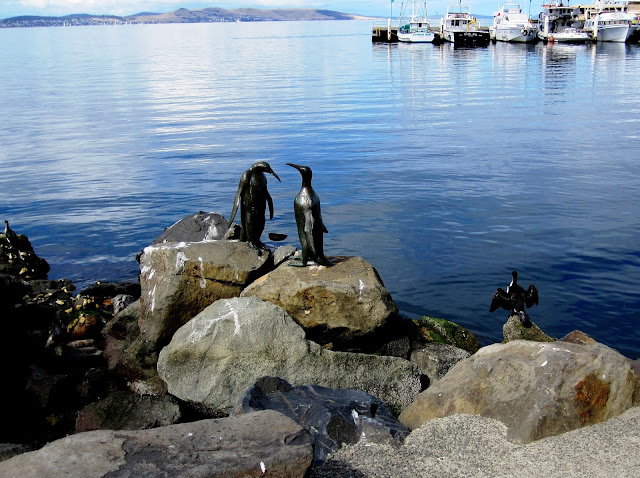 It seems that Antarctica is the flavour of the month, or at least it will be in September when Hobart’s Australian Antarctic Festival will run from September 8 -11. There is the Antarctic Dinner of course which I’ve already mentioned and Polar Walks, but there will also be several open days, exhibitions and Expos, a special performance by the Derwent Symphony Orchestra in the Town Hall, an Antarctic Photo Competition and the opportunity to do a tour of the two Antarctic vessels, the Aurora Australis and the French L’Astrolabe.

School children are painting penguins to display along the waterfront and the State Cinema is putting on an Antarctic Film Festival which includes drinks, guest speakers, special readings and screenings and an after party. There will also be school tours and special activities for children, not to mention the huskies. 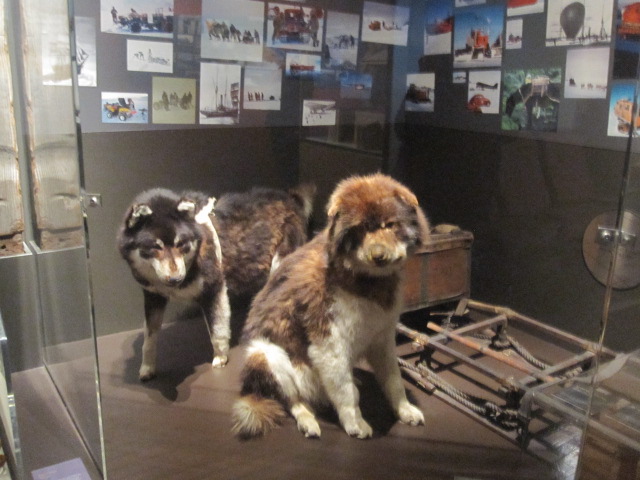 Not sure if I will make it back to Tasmania by then, but if you  want to go to the dinner or tour the icebreakers, be quick. Thirty tables have already been booked for the dinner ($300 per person) and all Saturday bookings for the ships ($10) are sold out, leaving only some Sunday times. See the full program here

I am rather in limbo at present. I was supposed to have flown to India today, but one of the little girls was  sick and had to go to hospital, so I have given up on that idea for the time being. Instead I feel as if I have been transported to an alien planet, a semi -rural one - quite classy if you don’t mind, where well -dressed little girls ride ponies on Saturdays and responsible Gortex -clad parents take their children for hikes and bike rides.
I also feel as if I have been transported back about 30 years because I am doing school pickups, making lunches, eating macaroni and cheese, going to Sizzlers and the occasional netball match – well more like wetball match  since the rain has barely let up, but you’ll be pleased to know that I haven't signed up for tuck –shop duty yet, though I could turn into a Soccer Grandma at any moment.

Between the showers the fruit trees are starting to bloom, the citrus trees are heavy with fruit and a posse of gaudy parrots makes itself at home on the front verandah. If it thinks no one is looking, a large sleek bandicoot snaffles up any crumbs the birds may have missed.  When we first moved to Australia, friends and relatives used to ask if kangaroos hopped around on the main street. They didn’t then, but here they hop around the backyard. The parrots are different, the bandicoots are different - we have smaller scruffier looking ones, and the kangaroos are much bigger.The first of the famous wildflowers are out too and though it’s still pretty cold it’s also a lot greener than it usually is.

One thing never fails to surprise me when I come to Perth. It's that despite the glittering skyscrapers and massive urban development  there is always the sense  that civilisation clings only tenuously to this part of the world: that the wild frontier of  vast stretches of desert and scrub lurking over the horizon is just waiting to take it back.
It’s not quite as upbeat this time as it was while the mining boom was in full swing. The population is more subdued, there are more houses for sale and my daughter’s little girls are not the only ones to have moved from a private to a state school. The pace of life seems to have slowed a little too. That can’t be all bad.
at August 08, 2016 No comments: