"If you go down to the docks today... 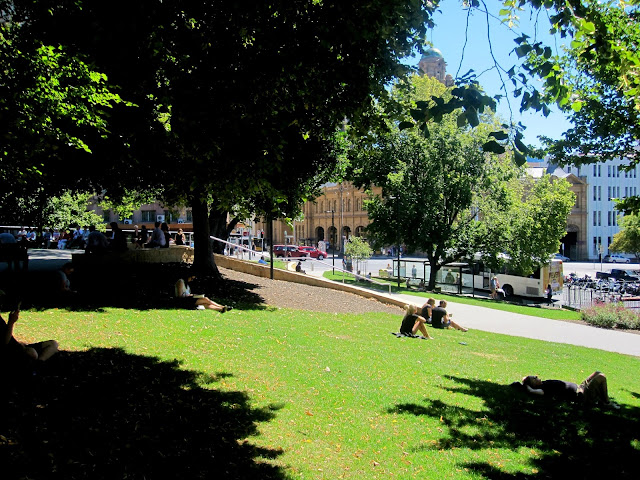 “If you go down to the docks today, you’re sure of a big surprise. …. (To the tune of the Teddy Bears’ Picnic song), though you won’t find teddy bears.

I was in town yesterday. It was a glorious summer’s day with people relaxing in the park. Then I noticed knots of people heading down towards the docks.  I followed them down and lo and behold there was an enormous ship in the harbour. At first I thought it was a new block of flats. Despite Hobart’s apparent timelessness, it does sometimes happen that things change while I have been away. When I came back from Korea in 2007, MONA had been built on the old Moorilla estate in the middle of the river and I thought that there must have been an enormous industrial accident in in my absence - not that it isn't an amazing place. Now, looking more closely I noticed that what I thought were balconies were in fact lifeboats, and there were a couple of funnels poking out at the top.

This turned out to be The Queen Mary 2, built in France for Cunard Lines in 2003, which carries around 2670 passengers and 1253 crew. Until overtaken by Royal Caribbean’s Allure in 2009, which can carry 8000 people, she was the largest passenger ship ever built.
Too big at 148, 528 tonnes to berth at Constitution Dock or Waterman’s Dock where other large ships go, she was tied up behind the old industrial centre at the place where bulk carriers usually berth.  In many ports around the world, she cannot dock at all, and the passengers have to be ferried ashore in tenders.

Thinking she would look fabulous up close, I hurried on down to the waterfront, but to my disappointment, the closer I got, the less I could see. Unless you were prepared to go out to sea, that view from the top of the Davey Street hill was the only time you could see her in her entirety.  Close up, only the funnels were still visible above the rooves of former factories.

Undeterred, I rang my son who drove me around all those no go zones around the docks but there  simply wasn't a place where you could get a a better look, so I now have photos of the front, photos of the back, but nothing which conveys its real size.

Although cruise ships on the whole, do not have a good reputation environmentally speaking, the Queen Mary 2 tries harder than most to be responsible. It distills its own water from seawater, recycles its grey water and discharges responsibly. It also uses less fuel than conventional cruise ships and fills the city with people, being rather like a small floating city itself. There is a festive air in town and passengers strolling back to the ship are laden with shopping bags.This is what it must have been like in Hobart when ships were the only way here. Of course this happens with other cruise ships too, but I have not seen the others up close and the style of this ship is different.  The QM 2 seems like a splendid anachronism and certainly picked a good day to come.


Footnote: As I leave, I notice that there is in fact a new block of flats being built on the opposite end of the wharf 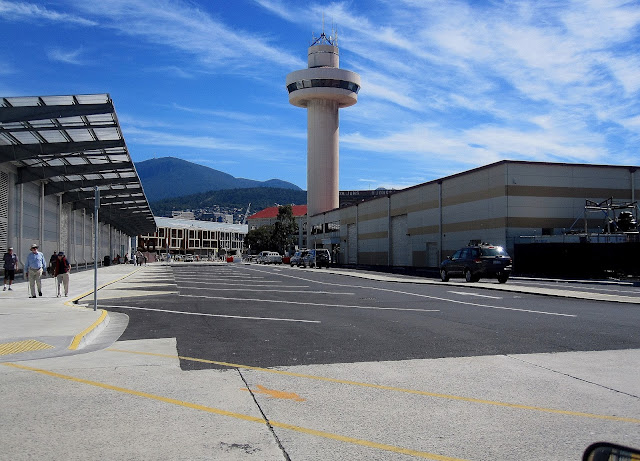