International Forest Day March 21 – What did forests ever do for us? 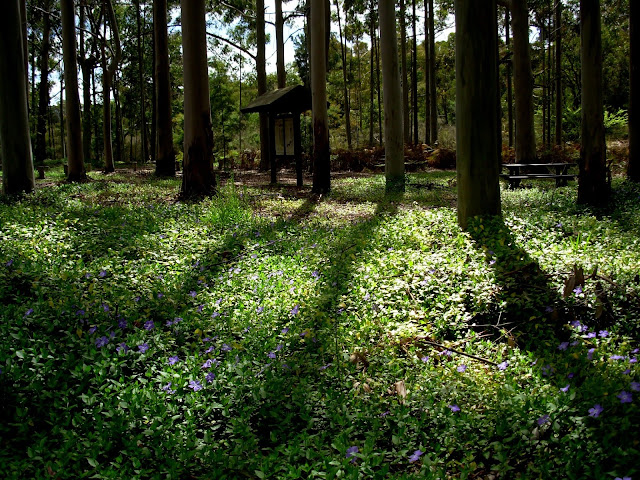 Did you notice that yesterday was International Forest Day? Unfortunately that message got a bit lost in all the concern about Coronavirus, so I’ll just talk a bit about it here.  The two events are not unconnected. For example, John Vidal, writing in the Guardian, notes that it is precisely activities such as the clearing of rainforest which exposes humans to hitherto unknown pathogens, Ebola being a case in point and Zika another.

What forests do for us

There is no doubt that forests are repositories of boundless diversity with up to 80% of the world’s plants, insects and animals being found there, but they also do many things for us, apart from supplying timber, firewood, food, paper, packaging, medicine and even fibre. They all sequester carbon and the Amazon alone – what’s left of it, supplies around 20% of the world’s oxygen. They trap pollutants and clean the air and influence weather and rainfall. They also trap and filter water, slow run –off, bind soil and prevent erosion. And if that wasn't enough, they also provide cooling, warm cold places and create wind breaks. See the lovely clips below for more.

The children might appreciate this one from last year.

So what do we need to do for forests

It goes without saying that we should protect forests as much as possible. Please take note Victoria, Australia, which has already lost half its tree cover due to bushfires. While trees are technically a renewable resource, existing forests have more biomass and provide a more complex habitat that can support more species than newly planted ones, especially if the new trees are a monoculture plantation of some kind. Young trees  also convert far less carbon dioxide than established ones and, according to Tatiana Schlossberg in “invisible consumption” (2019: 189) studies have shown that it will take ”decades if not centuries” to make up for the carbon released by cutting or burning.

Unfortunately, due to a loophole, the UN only counts carbon released by cutting trees but not that from burning them. This has led to substitution of wood pellets for coal in many industrialised countries such as the UK and even poster child Scandinavia, a false economy when counting emissions as more wood or more wood pellets are required to give the same energy yield as coal.  Not that I am advocating for more coal or nuclear or gas, since they all have their problems, only that we need to look for better solutions.  In the meantime, if your trees have gone and or you must still cut them, then do what Scotland and Bangladesh are doing  -plant, plant, plant as quickly as possible. Make sure too, that wherever you live, that any timber or wood products you buy – decking, furniture etc. come from accredited sustainably- harvested sources.

In this context I want to put in a special plea for the Congolese Rainforest which is currently under threat from all the usual suspects – mining, illegal logging, roadworks and the demand for timber, fuel and agricultural land. This is the concern of Ugandan environmentalist, Vanessa Vash, the young woman whose image was cropped from the photos of young activists at the World Economic Forum.  In much of the Congo, it is however, the demand for wood for cooking and charcoal –making (also mostly used for cooking) which drives much of the deforestation.

Africa's proposed new road and rail projects bring some benefits but will also cause major disruption, especially to Subtropical regions such as the Congo.Sub Saharan Africa isalso most vulnerable to Climate Change

Although the UN initiated Program Sustainable Energy for All seeks to ensure that all have access to clean energy by 2030, it is falling behind in its schedule. It’s most recent report states that although 89% of the world now has electricity of some kind, 840 million do not, and 573 million of those live in Sub Saharan Africa. In addition 3 Billion people still do not have clean cooking solutions, again, 2.5 billion of them in Africa.  Both renewable electricity supply and cooking solutions sound like massive green industry opportunities to me.  What’s needed is a visionary like Irish businessman, Denis O'Brien who, with limited local materials, was able to provide cheap mobile phone coverage to most of Vanuatu’s 83 scattered islands, long before Australia had decent coverage outside its major cities.

The global demand for wood powered energy needs to be fixed as well and at the very least be counted in emissions.  Among those things which you can do personally to help, is to make sure too, that wherever you live, that any timber or wood products you buy come from accredited sustainably harvested sources. Some of the sources – not always reliable, can be seen on the map below the graphic. Many countries such as Australia, Members of the European Union and the USA prohibit imports of uncertified products, but illegal logging continues.
Indonesia, whose forests are being depleted even more quickly, has just begun to export its first shipments of accredited timber. Although logging in native forest has declined somewhat in consequence, problems regarding enforcement and corruption remain.

On a more cheerful note, especially if you are stuck in self isolation or quarantine, I leave you with some delightful forest scenes and sounds.