Joys of the Small Screen and a few brief reviews 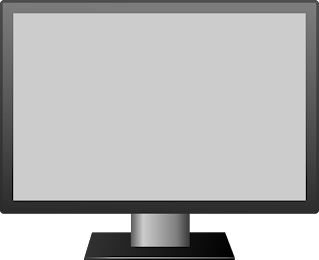 I have a confession to make. I have become a small screen tragic since being given a Netflix subscription. My current excuse is that over the festive season free – to -air television turns to mush here as regular shows go into recess and presenters take their holidays. The other reason is that I have always been addicted to the silver screen, even though it has become a lot smaller over the years. Who would have thought that one day you would be able to watch full length movies on your phone!

Much as I still like going out to the cinema, there’s a good deal to be said for being able to lounge around in pyjamas while partaking of hot chocolate and Tim Tams or even a G & T. I also like being able to put whatever is playing on pause and being able to catch up later, especially if rudely interrupted. So what have I been watching? It's a bit of a mixed bag I'm afraid, but bear with me.

With the fascination of a cat watching a reptile, I have been watching a number of long running political sagas. One of the best of these is the Danish mini series “Borgen” a nickname for the Danish parliament.   The last two seasons of this were on Netflix, but afterwards I discovered that SBS iView – an offshoot of our national broadcaster, had three earlier seasons of it starting when Nyborg, the lead character, first becomes politically engaged. As the blurb under the trailer says:

“Borgen” deals with some of the biggest political issues of our time; the relevance of the Danish Realm in the modern world, the superpowers’ battle for control of the Arctic – and not least, the climate crisis. The main story focuses on the struggle for power and what power does to people – both professionally and on a personal level…. “

Although this is about Denmark - one of the smaller players on the world stage, it has relevance for similarly placed countries including Australia.

The even longer running “House of Cards” (US) and “Ozarks “ (US) series were also good though I was a little disappointed with their final episodes where the suspense which had been sustained throughout, abruptly fell away. "House of Cards" was formulated on an earlier British series “House of Cards” in the late 1990s which in turn was based on a book of the same name by Michael Dobbs, and had a similarly ruthless protagonist clawing his way to the top.

As it happens there were real life events which led to the US “House of Cards” ending the way it did. Apparently lead actor Kevin Spacey, who played the despicable Frank Underwood whom we loved to hate, was caught up in a Me Too -like scandal in real life and was immediately dropped from the set, to be replaced by his screen wife Claire. Although she too proves to be quite cunning and manipulative, the deceit is more subtle and others are co -opted to do the dirty work.

I’m not sure what the excuse was with “Ozarks”  – perhaps they too were waiting for the real-life events to continue to unfold, before they added a new chapter, but it was as if the writers and producers got up one morning and said, “That’s it, we're done!” This is more of a semi tongue -in -cheek crime thriller about a family being inadvertently caught up in a drug cartel's money laundering scheme, only to become almost as corrupt themselves.

There have been some excellent Australian dramas too, but these may be more difficult to get hold of outside Australia. Netflix does have “Utopia” -an excellent mini series - not to be confused with other series of the same name. It explains why even the best laid plans of governments may disappear without trace in the muddy waters of bureaucracy.  The stories are funny in that deadpan, "Yes, Minister" kind of way that the English have perfected.

On a more serious note,  given the current plans for a referendum on a First Nations Voice to Parliament, there is the tragic “Rabbit Proof Fence (2002),” which I missed on earlier occasions. It concerns the now condemned paternalistic practice begun in colonial times, of  removing Aboriginal children from their families in order to better assimilate them into white society. Canada and no doubt other colonies apart from NZ had similarly distressing relationships with their indigenous inhabitants.

Another series which intrigued me, also of a more serious nature, was a Polish one called “High Water."  Based on real events, it has some lessons for the wider world as well.

Like all good disaster movies, it starts off with people ignoring a scientist trying to sound the alarm about an impending catastrophe. [You may recall, there were plenty of warnings about record rainfall in the case of Germany’s deadly floods of 2021, but no one believed that they could happen either].

In this case, the scientist -a hydrologist, does her cause no favours by having various issues of her own. She is on methadone and has apparently had to give up her daughter at some stage. She’s also abrupt, refuses to tone down her message and is considered by some to be not only rude but downright unhinged. The mayor by contrast, with whom she obviously had some kind of prior relationship, is a people -pleaser who does his best to downplay the threat and reassure the public, not the least because there is an election coming up. There are a number of other interesting characters too.

Without giving too much of the plot away, the confrontation between farmers about to lose their livelihoods versus city folk who risk losing their lives, is finely articulated. Rightly or wrongly, I see parallels here with the anger and frustration voiced by coal -mining communities when told by “inner city latte sippers’ that they must stop mining for the sake of the environment.

As with "Don't Look Up" the message of this story is about not ignoring scientists or the warnings; rivers are not necessarily the fixed entities we may have known all our lives; and do not, DO NOT build on flood plains. I’m sure the people of Lismore in New South Wales would agree as would those in Pakistan, Brazil, Malaysia, China and South Africa who've all experienced extensive flooding this year.

Though not as explicitly stated, it's also about preparing for more unpredictable conditions in future. As John Vidal writes in his Guardian article, “There is no such thing as ‘freak’ weather anymore.”

In the short term this means things like rebuilding on higher ground if possible and for those who can’t, either making their homes more water resistant by using impervious materials and which allow water to get away easily, or by raising foundations above the flood line. In the longer term we must also work on  halting climate change.  The EU already plans to introduce a tax on jet fuel and to phase out fossil -fuel powered cars by 2035 by which time it expects to have reduced emissions by 55%. This week the EU has also agreed to a law which prevents the import of goods involving deforestation such as coffee, beef, soy and other commodities because deforestation accounts for some 10% of global warming.

Those not yet convinced of the urgency of this, despite the grim reports on the nightly news of flooding here, cyclones there and huge ice storms in the USA, should listen to NASA’s Senior Climate Scientist Gavin Schmidt talking about why we're experiencing such huge variations time. No doubt just like in the movie, deniers will remain oblivious until they are personally affected, though by this time it may be too late.