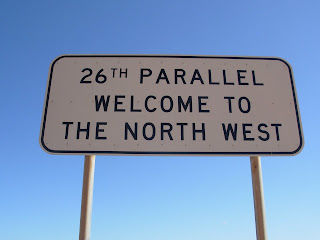 It's very cliched I know, but I've been up to visit the dolphins at Monkey Mia and seen a few interesting sights along the way. I took the route up through the Midlands which is mostly wheat country - small towns dominated by huge wheat storage facilities and a tiny railway line that runs alongside the road. There's more than one way to get gold from the ground here. 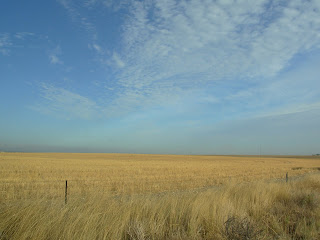 That other Golden West 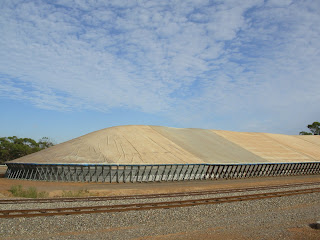 Grain storage facilities like this dominate every small town, not at all like the tall silos I've seen elsewhere 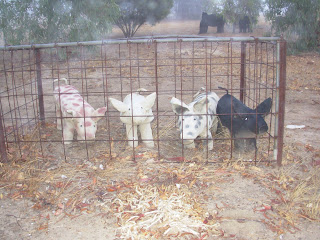 God's Little Acre - Had to rub my eyes and have a coffee when I saw this strange collection of animals appear out of the mist. 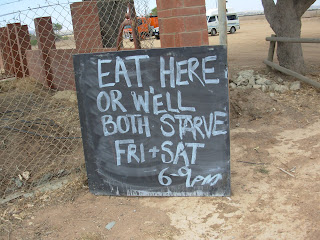 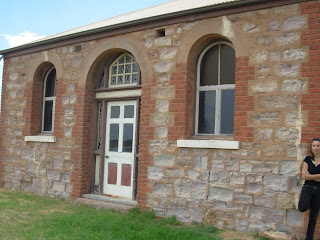 This rather Gothic Pub was once the Community Hall 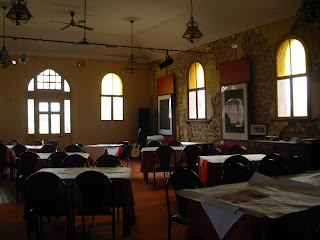 Interior of the Bootnall Tavern 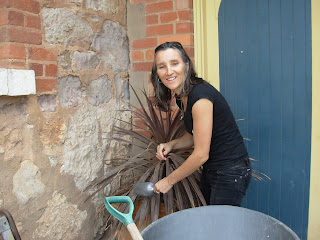 Now it's run by Roxanne, an ex -Melbournian and former art teacher who likes to bring in comedians and musicians 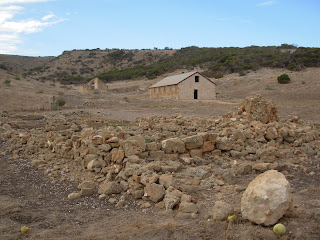 Lonely Convict Hiring Station, Lynton was opened 1851 and closed in 1853 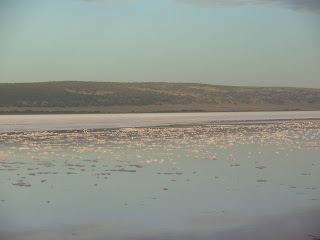 Dusk. This strange pink lake is at Port Gregory near Kalbarri. Bacteria are responsible for both the colour and the little white fluffy 'clouds.' 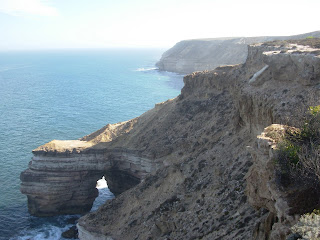 Daybreak at Natural Arch, part of the spectacular cliff scenery around Kalbarri.
There are amazing gorges inland along the Murchison River too.

Kalbarri itself is a pleasant town, with good services and lovely beaches where pelicans come to feed -not that I saw any while was there. 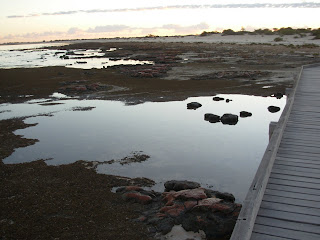 The strange Stromatolites at Hamelin Pool - possibly the oldest living things on earth. As they grow they produce oxygen and are believed to have given the atmosphere its present composition making it possible for other life forms to evolve.

Had a great time At Hamelin Pool because a birthday party was in progress in the Caravan Park at the old telegraph station. Shirley, the manager and her husband put on a barbie and baked a cake which everyone was invited to share. The telegraph station was quite interesting in itself as it was built from cemented shell blocks quarried on site. 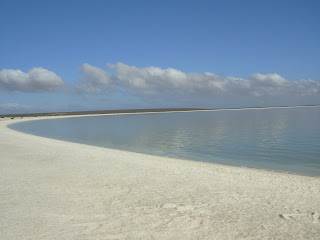 Beyond it is the Shark Bay World Heritage Area where you can see all kinds of marine life in the wild. Look down at Eagle Bluff -preferrably with binoculars, and you can see sharks, sting rays and turtles in very clear shallow water. It also overlooks the osprey breeding site and if you are really lucky you might see a dugong. 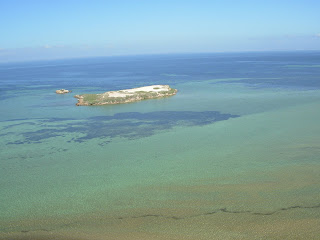 Looking down at the rookery from Eagle Bluff

After miles and miles of dry, low scrubby country with narry a tree in sight (distances and petrol prices are unbelievable in this vast state), it was fantastic just seeing the intense blue of the sea. There were quite a few animals though -among them an emu, two foxes and about a dozen wild goats. 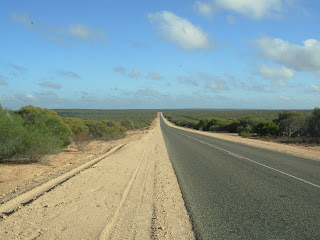 Under a program called Project Eden, considerable effort is going into removing introduced species such as feral cats, foxes, the goats and camels either because they prey directly on small native animals or compete with them for food. One of the winners is the Bilby. A small, almost extinct marsupial, it has just been reintroduced and appears to be thriving 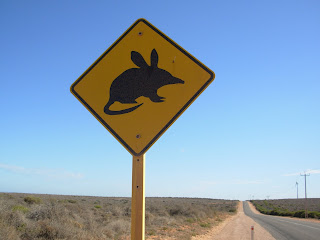 Return of the Bilby 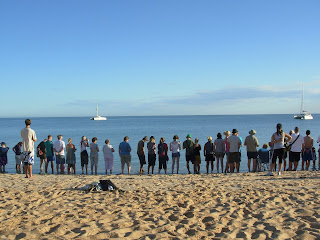 Waiting for the Dolphins - Monkey Mia 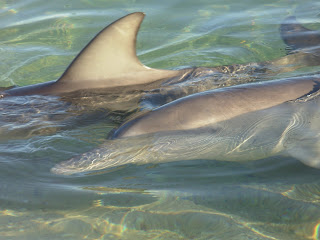 Yep, Right on cue, the dolphins come in for lunch as they have done for the past 40 years 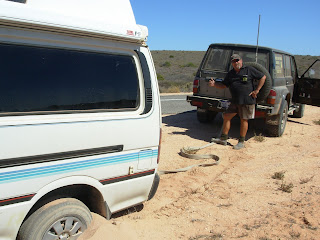 Bugger! Thanks Bill and the RAC

I stopped to photograph a magnificent eagle dining on road kill but had to pull off the road because it was double lines all the way. And it looked so solid too! At least the phone worked, but the eagle got away.
Denham which services this area, is still mostly a laid back fishing village rather than a tourist resort. Although there are a few expensive looking places, it still has the sort of holiday cottages I remember from my childhood. 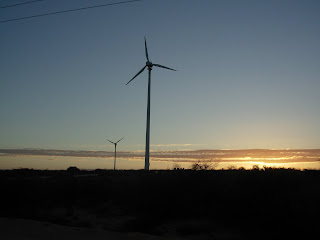 Denham at Dusk
PS There's a $1000 fine if you camp outside designated campsites in the World Heritage Area. If you want to camp in one of the few free ones, you must first register and book with the Shark Bay Council in Denham.
Email Post