Getting Clucky about Chooks 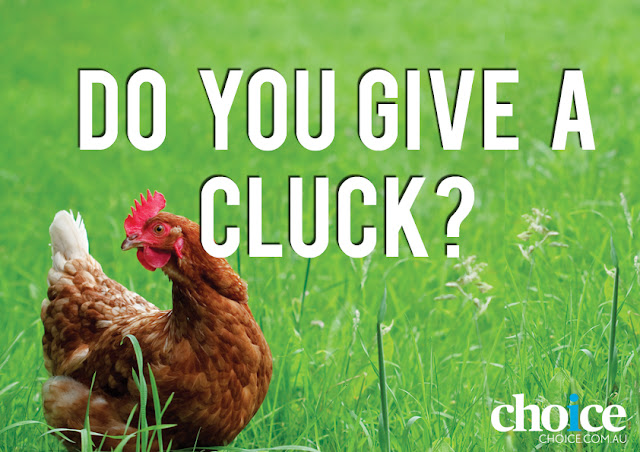 Shock! Horror! I’ve just found out that the eggs I have been buying as “free range” aren’t nearly as chook friendly or as wholesome as I thought, even though I have been paying more for them.

Thanks to the efforts of consumer advocacy group Choice, the Greens and others, Australia passed legislation last year which has just come into effect in time for Easter. It requires that the stocking density of chickens must be shown on egg cartons. This was necessary as it was found that many egg producers were trading on the public interest in healthier and more humanely produced food and the fact that consumers had shown themselves willing to pay a little more for eggs labelled “free range” though these were often produced under less than ideal conditions.

While “free range” conjures up images of chooks pecking and scratching in green grass with fresh air and sunshine and a choice of desirable bugs, this is not necessarily the case with those with high stocking densities. The new laws unfortunately still permit poultry farms with stocking densities up to 10, 000 birds per hectare to use the "free range" label, far higher than the 2,500 birds allowed by the EU, or the 1,500 birds per hectare recommended by the CSIRO and the RSPCA, though I suppose we should be grateful that at least those chooks now have some access to the outside and are not spending their entire short, miserable lives in cages in which they can’t even turn around. If this is of concern to you and you wish to do or learn more about it,  go to the Choice website where egg producers are rated and listed by state. If you have a smartphone you can also download their CluckAR  App to point at egg cartons in the shops to see how each brand rates.


So much for the eggs we can buy and choose ourselves. What about those eggs which are used in restaurants and the cooked and baked goods we buy? Well, some restaurants and cafés are already on it. Even the hole -in -the -wall Sushi place I sometimes go to in town has a little sign out over the egg -roll ones. Expect others to follow suit. When more and more places look the same and offer what appears to be the same product, it could become a selling point and at least one point of difference.


*Thanks to Freeranger farms for letting me use their lovely chook photos. Their site also has much  more information on this topic
at February 27, 2018