Lunar New Year began on this side of the planet yesterday on Friday the 16th but don’t despair if you missed it. The main festivities last for seven days and additional celebrations continue until the Lantern Festival on March 2.

Though commonly called “Chinese New Year” it is essentially a Spring festival celebrated by many countries including Korea, Indonesia, Malaysia, Thailand, Vietnam, Cambodia, Mauritius, Singapore, Taiwan and Macau, Australia and the Philippines and all those other places where migrants from these countries have made their home. In fact, it is one of the most important and widely celebrated events in the world. While each country has its own variation, common to all is the desire to spend time with family and friends which causes huge traffic jams in those countries, especially in China. It is also about remembering ancestors, the thorough cleaning of homes to remove misfortune, and the eating of traditional foods – dumplings or rice cakes being especially favoured, and to reward a year of hard work.

In Korea and China at least, the latter takes the form of an eagerly awaited red envelope containing  money. In Korea it is also the time for playing traditional games such as Yut No Ri which is a gambling game. Fortune telling is also popular. For more on the various customs click here.

So what does the Year of The Earth Dog hold? According to an upcoming program at Curtain University the dog is characterised by" loyalty and generosity and an idealistic energy," and the signs point to financial success, but this must be tempered by social awareness  and ethical consideration.
In other words, according to KarmaWeather.com, fortune will flow to those “who choose honesty and fairness in their dealings." There is also considerable emphasis on reducing pollution and improving the quality of life due to the earth element. All noble aims, whether you believe in fortune telling or not. 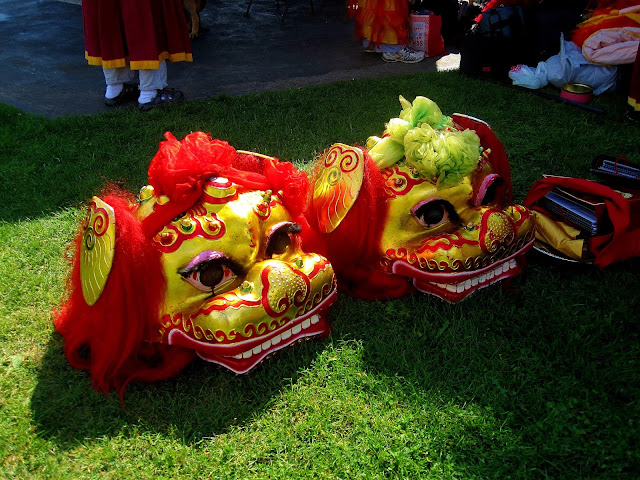 In Hobart the Lunar New Year will be marked by Lion Dances for luck, calligraphy displays, dragon dances, firecrackers and cultural displays  and most of them will occur on Sunday the 18th. Check out the full program here.

For all those going home to celebrate with their families we wish you safe travels and a prosperous, happy and healthy New Year. Welcome to the Year of the Dog!