Bidencope’s Lane gets the kiss of life – more street art

Bidencope’s Lane backs onto what was once one of the most exclusive shops in town with an international reputation for its hats and a core business providing uniforms for soldiers, police and firemen.  Joseph Bidencope, a tailor, had begun it in 1877 and although carried on by successive generations, it was finally sold in 1977. Since then new upmarket shops have opened around the front facing Murray Street, but the rear of the premises had been neglected and were a prime target for taggers and graffiti artists.  The mix of styles, the different ages and quality of the work, plus the fact that it usually had to be carried out in haste and in secret – the Council has strict policies about graffiti, meant that the end result looked messy and a bit sad, rather than uplifting.


This year the lane was the focus of the City Council's Vibrance Youth festival and it has exploded with colour. Yes, it is still a mix of styles featuring many famous street artists, but it is rather like a walk in gallery. Even better, it has started to attract new shops. A tiny pop –up shop featuring handmade produce is currently holding the fort until a coffee shop opens and the whole lane is a much more attractive alternative to walking noisy, traffic -choked Liverpool Street or even the busy CentrePoint Arcade. 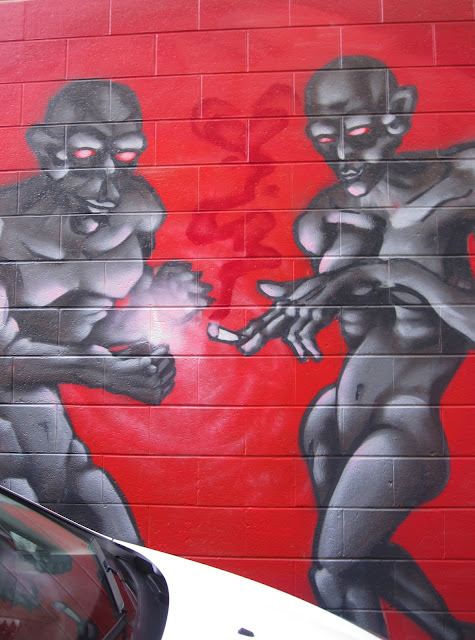 Speaking of the popup shop, it has two things in its favour – for the four ladies who run it, it is a cheaper alternative to formally renting space or even going to markets, and as far as the streetscape goes, it certainly looks better than empty shops.  Long may they reign and bring life to hitherto dead corners. 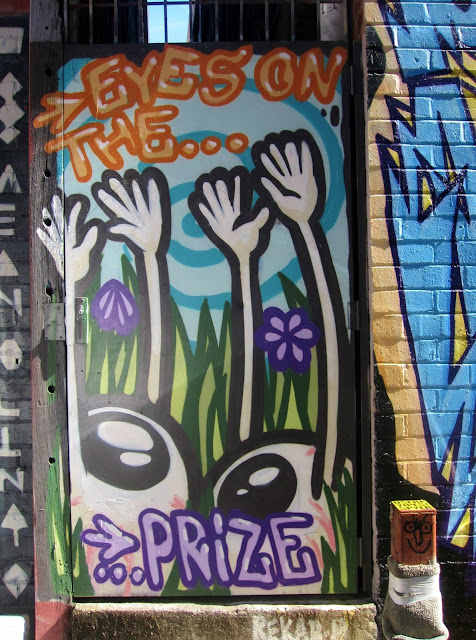 Could this be be the start of a flourishing lane culture?
at March 20, 2018