Reflections on a River - Walking along the Derwent

Dragonflies hover, black swans glide effortlessly over the river’s mirror surface where clouds and mountains are momentarily transfixed. Only the sound of a gimlet -eyed cormorant slicing through the water or the occasional plop of a fisherman’s lure disturb the stillness.

Over the last couple of weeks we have been exploring some of the lesser known tracks on the Derwent, upstream of its busy harbour. The Derwent's journey begins 239 Km away in glacially formed Lake St. Clair - Australia’s deepest lake, and winds slowly down from the Central Plateau to the sea. Along the way it supplies drinking water, water for agriculture, industry and hydro - electricity for 41% of the population. It also provides recreational opportunities and nurtures the plants and animals which live in and along its route. Since it traverses a wide range of habitats - from the mountains of the Central Plateau to marshlands and occupies the borderland between saltwater and fresh, it is home to a wide variety of species.  Much could be said about its history or about it being the site of our earliest extinctions, or about its contamination* due to past industrial practices or about the cruises you could take, but today I want to focus on its beauty, something which has rarely been mentioned. Where, I wonder are our poets and balladeers, our Mark Twains, our Henry David Thoreau, or maybe a Banjo Paterson or a Smetana  to sing the praises of our river?


It occurs to me that our pioneers were practical folk, too busy trying to wrest a living from an alien land to wax lyrical about their surroundings.  Not that the river’s utility was ever denied. For Aboriginal people, it was a major food source.  Early mariners made terse notes in their logs about its deep, safe anchorage and the availability of fresh water, though the convicts hacking stone from the riverbanks or standing waist deep in its mud to make the causeway across it, would most likely have shouted curses rather than praise. Shippers of goods and people still appreciate its navigability, long after the coming of the roads, and the farmers and engineers who came later, would have revelled in its consistent flow, yet of its beauty there is never a word.

I would like to remedy that. I am thinking that we need a poetry competition or similar, such as the Friends of the Mississippi have. Any funds raised by say, holding an exhibition, could go towards remediating some of the damage done over the last two hundred years, so that its beauty will be more than skin deep. We could include photos, paintings, music or any other media. Not sure what the prize should be or whether local councils could be interested.  Other ideas welcome. Will keep you posted. 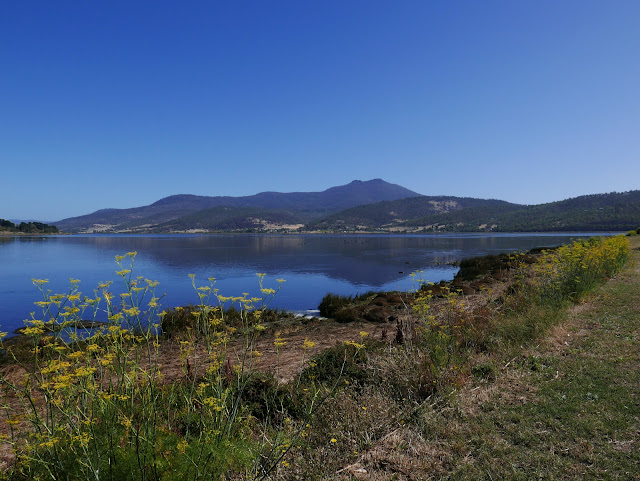 Meanwhile, here are a couple of quotes about rivers for inspiration:

“I have an immoderate passion for water; for the sea, though so vast, so restless, so beyond one's comprehension; for rivers, beautiful, yet fugitive and elusive; but especially for marshes, teeming with all that mysterious life of the creatures that haunt them. A marsh is a whole world within a world, a different world, with a life of its own, with its own permanent denizens, its passing visitors, its voices, its sounds, its own strange mystery.”

― Guy de Maupassant, The House of Madame Tellier and Other Stories


Or maybe this one:

“I thought how lovely and how strange a river is. A river is a river, always there, and yet the water flowing through it is never the same water and is never still. It’s always changing and is always on the move. And over time the river itself changes too. It widens and deepens as it rubs and scours, gnaws and kneads, eats and bores its way through the land. Even the greatest rivers- the Nile and the Ganges, the Yangtze and the Mississippi, the Amazon and the great grey-green greasy Limpopo all set about with fever trees-must have been no more than trickles and flickering streams before they grew into mighty rivers.
Are people like that? I wondered. Am I like that? Always me, like the river itself, always flowing but always different, like the water flowing in the river…. “

― Aidan Chambers, This is All: The Pillow Book of Cordelia Kenn


How is your river? What do you love about it and are you doing anything special to protect it?

You need a licence to fish anywhere upstream of the Bowen Bridge and some species should not be taken, especially shellfish. Flathead, being bottom feeders, should not be consumed more than twice a week and not at all by children or pregnant women. Find out more here.