Trophy hunting – can it really be justified by 'conservation benefits'? 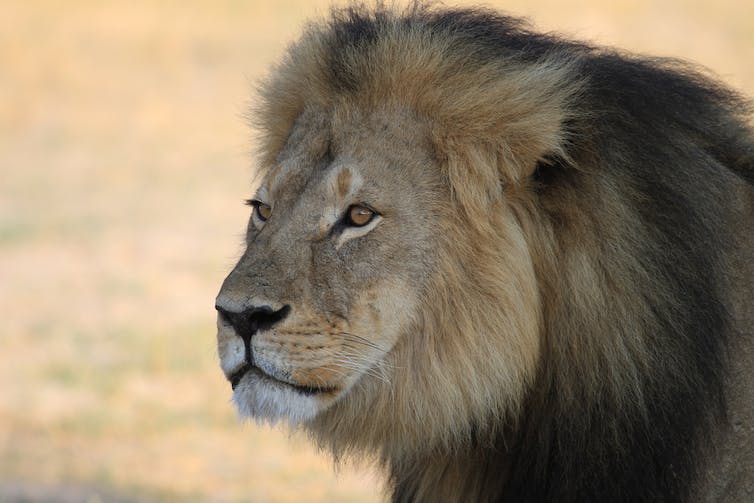 Cecil the lion, before he was a trophy.
Shutterstock/paula french

Killing animals for fun is an activity which divides opinion. It can also be a highly emotive issue, with high profile cases like the death of Cecil the lion sparking global media coverage and outcry. There were even calls for the American dentist who admitted killing Cecil to be charged with illegal hunting.

But despite the strong feelings it occasionally provokes, many people may be unaware just how common trophy hunting is. The International Fund for Animal Welfare (IFAW) reports that between 2004 and 2014, a total of 107 countries participated in the trophy hunting business. In that time, it is thought over 200,000 hunting trophies from threatened species were traded (plus a further 1.7m from non-threatened animals).

Trophy hunters themselves pay vast sums of money to do what they do (IFAW claims upwards of $US100,000 for a 21-day big game hunting trip). But reliable data on the economic benefits this brings to the countries visited remains limited and contested.

Now the UK government has announced it is considering banning the trade of hunting trophies from endangered species – making it a crime to bring them back into the country.

Advocates of trophy hunting – including major conservation organisations such as the International Union for Conservation of Nature and the World Wide Fund for Nature – argue that hunting wild animals can have major ecological benefits. Along with some governments, they claim that “well-managed” trophy hunting is an effective conservation tool, which can also help local communities.

This argument depends in part on the generation of significant income from the trophy hunters, which, it is claimed, can then be reinvested into conservation activities.

The broad idea is that a few (often endangered) animals are sacrificed for the greater good of species survival and biodiversity. Local human communities also benefit financially from protecting animal populations (rather than seeing them as a threat) and may reap the rewards of employment by hunting operations, providing lodgings or selling goods.

Indeed, research on trophy hunting does show that it can produce substantial financial benefits, is likely to be supported by local communities, and can be associated with conservation gains.

But it remains unclear in exactly what circumstances trophy hunting produces a valuable conservation benefit. We cannot assume a scheme that works in one country, targeting one species, under a specific set of circumstances, is applicable to all other species and locations.

Also, the purported benefits of trophy hunting rely on sustainable management, investment of profits, and local community involvement. But given the levels of perceived corruption and lack of effective governance in some of the countries where trophy hunting is carried out, one wonders how likely it is these conditions can be met.

And if trophy hunting is really so lucrative, there is every chance the profits will instead be used to line the pockets of rich (possibly foreign) operators and officials.

This brings us to the question of ethics. Just because an intervention has the potential to produce a social benefit, does not mean the approach is ethical. And if it is not ethical, should it be considered a crime?

This is something of regular concern for social policy. If the evil that a programme introduces is greater than the evil it purports to reduce, then it is unethical to implement it.

I would argue that even if convincing evidence does exist that trophy hunting can produce conservation benefits, it is unethical to cause the death and suffering of individual animals to save a species.

In common with many green criminologists, I take a critical approach to the study of environmental and animal-related crime. This means that I am interested in behaviour that can be thought of as harmful, and may be worthy of the label “crime”, even if it has not been formally criminalised.

When considering global harms and those that impact heavily on the most powerless in society, this approach is particularly important.

Conservation is concerned with biodiversity and animal populations. Contrast this with an animal rights or species justice perspective, where instead of focusing on rights that benefit humans over all other species, the interests and intrinsic rights of individual and groups of animals are considered.

From this viewpoint, trophy hunting undoubtedly causes harm. It brings pain, fear, suffering and death. Add to this the grief, mourning and fracturing of familial or social groups that is experienced by animals such as elephants, whales, primates and giraffes. In light of these harms, trophy hunting is surely worthy of the label “crime”.

Allowing trophy hunting also perpetuates the notion that animals are lesser than humans. It turns wildlife into a commodity, rather than living, feeling, autonomous beings – beings that I have argued should be viewed as victims of crime.

Anthropocentric views also facilitate and normalise the exploitation, death and mistreatment of animals. The harmful effects can be seen in intensive farming, marine parks and “canned hunting”, where (usually lions) are bred in captivity (and sometimes drugged) as part of trophy hunting operations. Where money can be made from animals, exploitation, and wildlife crime, seem likely to follow.

Instead, local communities must be involved in decisions about conservation and land management, but not at the expense of endangered species, or of individual animals hunted for sport. Alternative conservation approaches like photo tourism, and schemes to reduce human-animal conflict must be embraced. 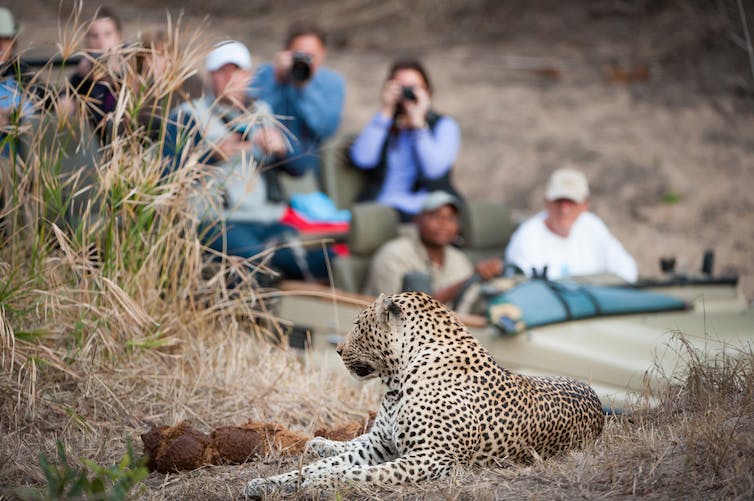 Getting a good shot.
Shutterstock/Villiers Steyn

Banning trophy hunting would provide a much needed incentive to develop creative conservation approaches to wildlife protection and human-animal co-existence. And there is still substantial conservation income to be earned without resorting to trophy hunting.

So governments around the world should introduce bans on trophy imports – alongside providing support for alternative, ethical developments that benefit both wild animals and local communities. Anything less is complicit support of a crime against some of the world’s most vulnerable wildlife.

This article is republished from The Conversation under a Creative Commons license. Read the original article.
Email Post