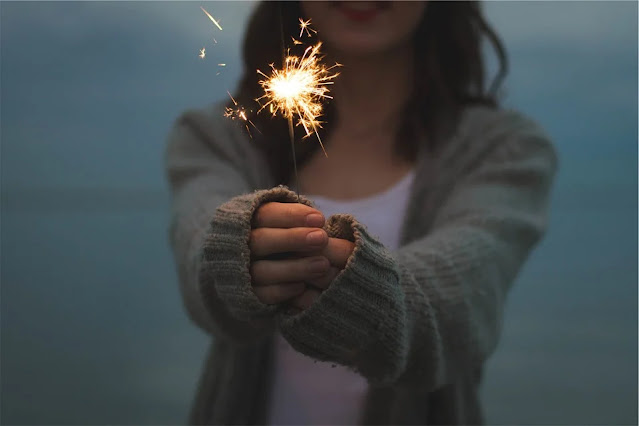 I'm sitting here with my headphones on and a (small) wineglass in my hand. I’m rushing to catch up on some of the courses I‘ve started and waiting for the fireworks to begin. As far as the courses go, I have bitten off more than I can chew, but they all sound so interesting - some from Harvard, some from Oxford and a lot of other interesting establishments too, all online and free unless you want accreditation. Check them out here.

I have just finished Amnesty’s  Digital Security and Human Rights Course. It's an issue which is becoming more and more important with so many journalists being killed (50 in 2020 according to the bbc), others being gaoled or harassed, our governments becoming more secretive and our news media either being muzzled  (abc) or becoming little more than propaganda machines. As even democracies are starting to employ tactics we once associated with repressive regimes, we need to be aware and informed in order to protect our own human rights especially if we wish to protect those of others. Did you know that digital rights were a part of Human Rights Law under The Right to Privacy, Freedom of Speech and Freedom of Information? This course also mentions how to deal with malware, phishing and other kinds of attack.

It also talks about surveillance, which is becoming more and more intrusive. We were only a little uneasy about what we assumed to be benign surveillance and only moderately alarmed by all the information being fed back to marketers so that they can target their wares more precisely, but we became decidedly more touchy when it came to sensitive health information, political interests and associations at a time when trust in government generally is declining. Even in Australia, ours has taken more and more rights unto itself, without debate or public consultation, and with neither an opt out clause nor judiciary oversight. The laws rushed through under cover of Covid have few safeguards and even the COVID app has already been used to "incidentally" scoop up data, though law enforcement swears it hasn't been utilised. If you want to know more about protecting yourself or even just how to get rid of those pesky ads, follow the instructions in this recent article in Wired magazine or those in the Advent Calendar by the Electronic Frontiers Foundation. See also the excellent article in Digital Rights Watch about all those nifty gadgets you might have gotten from Santa or smart appliances you might have at home.

Now, the fireworks are done and dusted and it’s 2021. The New Year won’t have to try very hard to be better than the last one. There’s even a bit of good news already with Germany is standing up for Julian Assange. When I finish this I am going to light a candle for him and all the others who have stood up for the truth or who have lost their lives for something greater than themselves. That includes healthcare workers and the firemen who perished in last year's fires. Have a great New Year!

If you can, please support any of the organisations mentioned including Amnesty which are fighting for all of us.