Homelessness – 2 How did we get here? 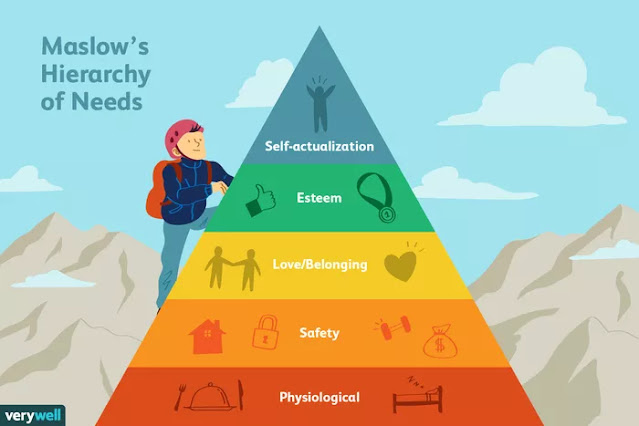 The right to a secure home is enshrined in the UN declaration of Human Rights which has been ratified by nearly all nations – at least 177 of them in 1977. The necessity of having a home is also at the very base of Maslow’s hierarchy of human needs. Maslow argued that we cannot develop as human beings, much less fulfil our potential or contribute to society if our most basic needs for food, shelter and safety are not met.  If having a home is a basic human need, why are so many people homeless?

Though homeless people speak about personal tragedies such as job loss, marital breakdown, chronic health or mental health problems including substance abuse, there are also structural problems such as under employment and the lack of affordable housing which have affected most advanced economies to varying degrees. Of necessity this will be a very brief snapshot, but see for example “Fair Shares,” (Stephen Bell and Michael Keating, Melbourne University Press, 2018) for a more detailed discussion.

Homelessness was virtually unknown in developed countries prior to the 1980s. Since then globalisation, technological advances and automation have all caused people to lose their jobs. In the mid-1990s the IMF, fearing spiralling debt as countries sought to support displaced workers, urged OECD countries to rein in welfare spending. Several countries including the USA, Australia and Canada, followed this up with tax cuts to encourage investment. This meant that many already marginalised groups such as single parents and those with mental health or substance abuse problems lost many of the support services that they had and people with addictions of any kind were generally refused admission to shelters.  Investment in public housing for low income earners was an early casualty. While we applaud “the lifting out of poverty of billions of people” in emerging economies this did not happen without huge dislocation in other countries.

The Global Financial Crisis in 2007-2009 hit the USA particularly hard. More than three million people lost their jobs and 1.2 million lost their homes. By 2017, 537,000 people were homeless, 40 million lived in poverty and 18.5 million of them were in extreme poverty and just "one or two pay checks away from being homeless." Stricter lending regulations afterwards made it more difficult to obtain a home loan but the price of housing didn’t rise very much in the US compared to other countries. The US expects post pandemic homeless numbers to reach 630,000.

According to the Swiss -based Bank of International Settlements which studied house prices across 47 economies, with the exception of  Germany, Portugal and Switzerland, they have risen by at least 7% per year in 20 advanced economies.  In Canada for example, house prices rose 109% between 2005 and 2016 and housing debt accounted for 100% of the increase in total debt and had almost doubled by 2016. Though Spain, New Zealand, Italy, the UK and Ireland experienced even steeper price hikes, house prices in Australia have risen  412% over the last 25 years  and more than 6000% since the golden years of the 1960s. Despite slight falls due to the pandemic, a modest house in Sydney still costs around $1,211,488 and rental on a unit remains at around $540per week. Just a deposit on a home is now over $100,000 in most capital cities. Unsurprisingly, homelessness in NSW of which Sydney is the capital, increased by 70% between 2006 and 2016, despite a rise in housing stock. I just read a report (abc,14/4/2021) that the median house price in Melbourne has just topped one million as well.

The rates of home ownership have declined to 66% from 70% a decade ago and of these, only 32% have no mortgage. Renters now  account for 32% and more than half of Australians aged 18 -24 still live at home compared to 27% in 2006 -2007. Elderly homeless people increased by 38% between 2011 and 2016. The introduction of short term accommodation services such as Air B & B has also added to rental stress and small amounts of rental assistance paid to welfare recipients no longer covers the gap and in a tight market landlords can afford to be very selective about tenants even though overt discrimination is technically illegal. In Canada, although 63% of families owned their own home in 2016, 57% of them had a mortgage while in the USA the share of homeowners with a mortgage in has fallen from 68.4% in 2008 to 62.9% in 2017. In the EU house prices were up 5.2% in the second quarter of 2020, compared to the same quarter the previous year. This meant that renters and low income earners were now spending 38% of their income on housing compared to the 10% being spent by others.

It used to be that a working person in Australia could expect to pay off their house by the time they retired. This is no longer the case with many older people finding themselves homeless when their working life ends. On top of that neither relationships nor jobs are for life any more either and older people are often discriminated against in the labour market or among the first to be made redundant in an economic downturn.These are among the reasons why older people and especially older women who tend to be paid less even when they have jobs, are appearing more among the homeless.

I can't speak for other countries here,* but the basic wage in Australia has not improved since 2013 despite productivity increases and has not kept pace with the cost of living let alone houses prices. Furthermore, much of the work is part time and casual and usually insecure which does not enable people to qualify for a home loan or even a rental. Though some states and territories offer small grants to low income First Home Owners, they remain insufficient for a deposit on a home . It should also be noted that the real unemployment rate is much higher than official figures suggest. Working for as little as one hour per week now counts as being employed. According to Jack Derwin, (The Business Insider, July 13,2020)  the real unemployment rate in Australia  is closer to 13.3%. In addition to the 2 million registered unemployed, there are 1.2 million who are under -employed. Together they are competing for 260 K job vacancies. As pandemic income supports, rent and eviction freezes and mortgage deferments end this month, things are also likely to become considerably worse and as we speak the federal government seeks to erode working conditions further.

*For more on this topic from a global perspective  see the prophetic book “The Precariat” by Guy Standing, Professor of Economic Security, University of Bath (UK), 2018, Bloomsbury Academic, London.

Not everyone has suffered during the last couple of decades or even during the pandemic. While the unemployed and those on low incomes struggled to get or keep a roof over their head, upper and middle income earners were able to increase their wealth and their share of the national income with the top fifth taking home 48% of the national earnings while the bottom fifth took home only 4% between them. By this means they have not only been able to secure their own homes but acquire additional properties as well. According to the Bureau of Statistics in 2017-2018, 1.85 million Australians own property besides the one they are living in. Data from 2011 showed that 10% of investors owned at least three investment properties and 1800 investors owned six or more, even while private home ownership continues to fall.  Similar patterns are evident throughout most developed countries - see Ireland for example, with inequality rising most strikingly in the US.  (Fare Shares, Stephen Bell and Michael Keating, Melbourne University press, 2014: 17 -204).

A further complication in Australia which favours this type of investment over others is that high earners can offset the cost of additional properties against their taxes. A policy to end to Negative Gearing as this is called, was raised by the opposition party at the last election, but due to an effective scare campaign by incumbents, the opposition was defeated by a one –seat majority. The influence of vested interests and lobby groups has also played a role in maintaining the status quo.

Australia also continues to encourage high levels of migration. While its intake of humanitarian refugees is minimal  - only affluent or highly skilled migrants need apply, and it has reduced its intake to 138,000 per year because of the pandemic, newcomers also compete for available housing and contribute to escalating prices of both housing and rental properties. One state, Western Australia has gone so far as to offer a $150,000 bonus to foreign nationals who take up housing there, while ignoring the needs of the existing population. This is not to blame migrants themselves - migrants have been great for Australia, but it is a common practice when economies fracture, as witnessed recently in the USA and predicted by Guy Standing (see above).

To the poor choices we should also add the various tax cuts and large scale tax avoidance which encourage speculative behaviour and prevent adequate provision from the public purse for things like health care, housing and education. Basic needs should not be a tradeable commodity. The economic, political and social costs are too high. we shall talk a bit more about this next time. This post is already much too long and too late.

Fortunately many countries are beginning to recognise this, the EU being a case in point In the next post we will also talk about things which are being done in various places to tackle homelessness.