Tree Happy 4 Do we have enough trees yet and will they save the planet? 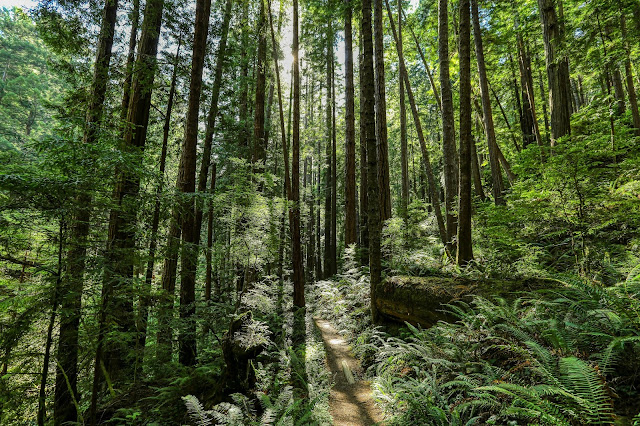 -   Photo by Mick Haupt from Pexels

Sad to say, the answer to both questions is No. Trees cannot stop climate change alone. Even one trillion trees will hardly make a dent in our emissions, much less reduce those already in the atmosphere. Even worse, our emissions are actually increasing – more people seeking a better lifestyle, more data consumption which uses a surprising amount of energy -more video streaming, more zooming, more online shopping – I won’t even mention Bitcoin, and someone has to make all those EVs, solar panels and wind generators.

According to Climatologist Dr Simon Clark 20 million trees removing an estimated one million tons of carbon from the atmosphere over a century, would only remove one thousandth of the billion tons of carbon that we release every single year. We would need to plant a 40 million trees a day, just to cover the daily carbon output of the USA. He also fears that planting trees may delude us into thinking that we can offset this and carry on as normal, but it will take decades before those small saplings will be able to capture much carbon at all. The following video explains it well.

If we really want to prevent further warming...

The problem becomes worse if we clear existing vegetation, forests, grasslands or swamps to  grow more trees. These are already enormous carbon sinks. Not only does clearing  release enormous amounts of carbon dioxide, but the biomass is no longer there to absorb it. We must continue to reduce our carbon footprint by other means such as encouraging renewable energy, by switching to EVs and applying new technologies such as methane capture from sewerage and manure pits. We also have to stop land clearing and change the way we farm.

Obviously we should protect our remaining forests, grasslands, wetlands and even marginal lands as much as possible, something which groups such as the Arbor Day Foundation, The Nature Conservancy and the Rainforest Action Network (see earlier posts) are already doing. The European Commission found that in terms of environmental services, it is better to avoid deforestation than to allow for deforestion to subsequently reforest, as the former leads to irreversible effects in terms of biodiversity loss and soil degradation.[99] The Rainforest Action Network goes a step further in that it is taking the fight to the companies and institutions which are responsible for their destruction. Governments also have a role in monitoring and preventing illegal logging and in ending subsidies or perverse incentives such as tax breaks for land clearing and fossil fuels. There is also a lot of repair and reclamation work to be done.

Why we still need more trees

Trees do so many other good things – they create the oxygen we breathe, clean the air, retain water, reduce flooding and wind and cyclone damage, provide shade and cooling and reduce energy costs as well as providing timber, paper, food and other products. They also prevent landslides and erosion. We should never stop planting them. There is even some evidence that using drought resistant native species, trees can generate more rainfall in semi -arid regions than they take up.

Unsustainable clearing continues in many parts of the world. The Rainforest Network estimates that between  3.5 to 7 billion trees are cut down each year. This means donating 20 million trees will only contribute one half of one percent for one year and it takes multiple years to plant the 20 million trees. Based on satellite monitoring Brazil lost 7,900 square kms of its Amazon rainforest to logging, mining, fires and agriculture between August 2017 and July 2018. The Netherlands is decimating its forests even faster, clearing between 1500 – 3, 500 hectares per annum along with being one of the biggest European contributors to  deforestation in other parts of the world, especially in South America. and Africa’s forests are in crisis as well. However, when it comes to land clearing and biodiversity loss in developed countries Australia is one of the standout players  and we also have plenty of abandoned mine sites in need of reclamation. Then there is the terrible toll taken by fires both here and in the USA.  The 2018 fires in the USA razed 1.8 million acres of forest and we all know what happened in Australia the following summer.  What’s that Chinese saying again?

“ The best time to plant a tree was twenty years ago. The second-best time is now!”

The number of trees planted doesn’t mean much either, though they are easy to count. They need to be the right trees in the right place and they need to be nurtured and watered until they become self -supporting. The Arbor Day Foundation and others like The Eden Project are correct when they involve local people in the planting. They understand what grows, what they need in their area and  how to care for them. They also have the best success rates.  In Ethiopia, for example, farmers have "turned the countryside green, outstripping the effects of climate change" and a 2016 report by the UN Food and Agriculture Organisation "concluded that "community forestry, while imperfect, is a powerful means of growing and keeping resilient forests."

We need forests not tree plantations

Speaking of isolated rows of trees, what we really don’t need is the traditional forestry method of clearing the land and then planting uniform rows of a single fast -growing species. While this maximises timber production it extracts too much water from the soil contributing to drought-like conditions and creating the perfect environment for the fast -moving forest fires which we have been witnessing from China to Canada. A forest is a complex multilayered and self sustaining ecosystem which supports a wide range of other species. Trees do eventually die, but not all at the same time and their their demise nurtures their replacements, which are are already up and coming. Commercial forestry in Australia goes one better, or should I say worse. It not only creates monocultures of even -aged trees, but poisons everything that gets in the way - weeds, wildlife, insects and other plants.

The right tree in the right place

While long -lived hardwoods store the most carbon, native species are preferable and some such as mangroves have been found to capture up to 40 times more carbon than other trees. It's much slower, but sometimes allowing the forest to simply regenerate itself can prove even more effective. However,  this won't work where the ground is already too degraded. Damaged and degraded areas are the very best places to start plant.

There is much more to be said on this topic but we’ll leave that for another day. In the meantime, I would be grateful  if someone could please reassure me that forest industries around the world aren’t exploiting public goodwill to have plantations replanted while pocketing the profits and using it as an excuse to destroy our forests even faster.

Before leaving this topic completely, I also want to mention some novel ways to get more trees planted without lifting a finger, though you may have to move your mouse occasionally.