Have my own little impromptu experiment going in the backyard. I usually drink my coffee here, but it's been wet over the last week or so. This vine is quite remarkable - it's a hop I think. I have cut it back hard repeatedly, but it comes back with a vengeance. It's so much more enthusiastic than the plants I plant deliberately and nurture with great care. Looks like I'll have to try to make a trellis for it, which would give me a nice shady spot in the summer. Who am I to quarrel with nature? There's little enough of it around. 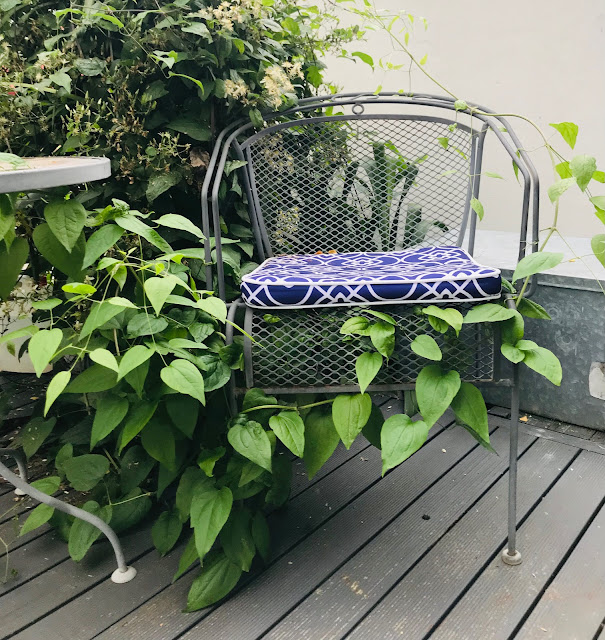 By the way, it's only a small thing but in solidarity with Ukraine, son and friends have stopped eating at McDonald's and have protected all Ukrainian players in their video game. McDonald's, Coca Cola, KFC Starbucks and Chevron are among a handful of US companies which are still trading with Russia. BP and Apple have mercifully stopped. Pretty sure my Russian friends aren't in favour of war either, but are no longer able to protest. Our thoughts are with both. May it all end quickly. The last thing the world needs is the horror, displacement and destruction of war.

PPS. I've added a little to the article on plastic in case you read it earlier. Let's hope we can soon add a lot more!