Among the Mountains of the Moon

I visited a disused quarry the other day. Truly, it was a lot more interesting than it sounds.  There had been a bit of rain and Landcare had been busy, so the approaches were looking green and and almost pretty.
Mostly though it was dramatic rather than beautiful. This is a harsh country with massive dolerite outcrops.  The Aboriginal word “Boya” the name for this area, means rock and there was certainly plenty of that. 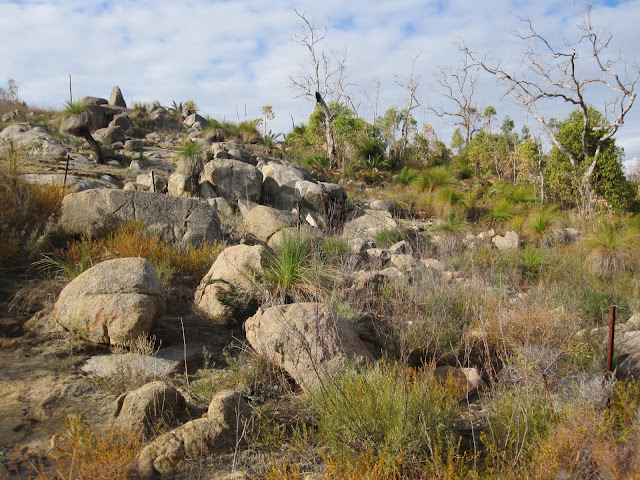 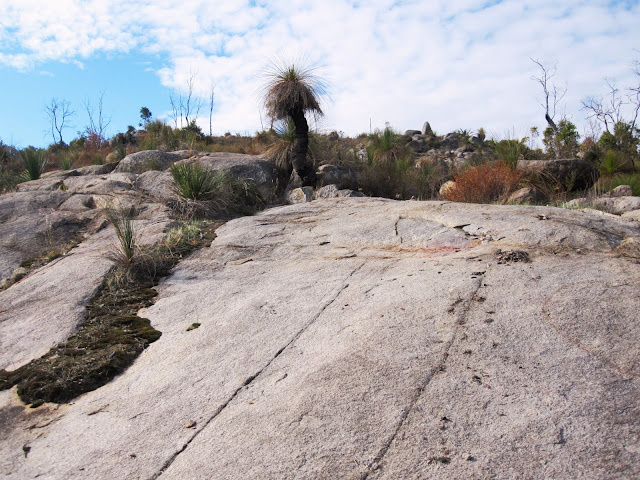 This was the place where in 1901 the  giant blocks were excavated for C.Y. O’Connor’s Fremantle Harbour, which made Perth the state's centre of gravity displacing Albany in the south. One hundred and fifty families made their hessian and iron homes here during the life of the quarry, though how they would have survived the summer without aircon beats me. 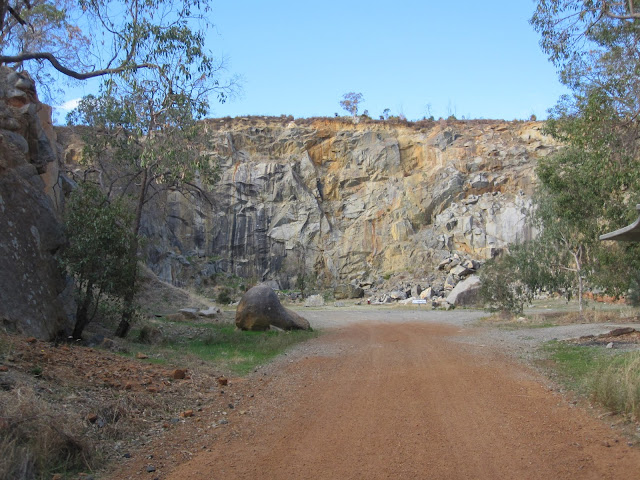 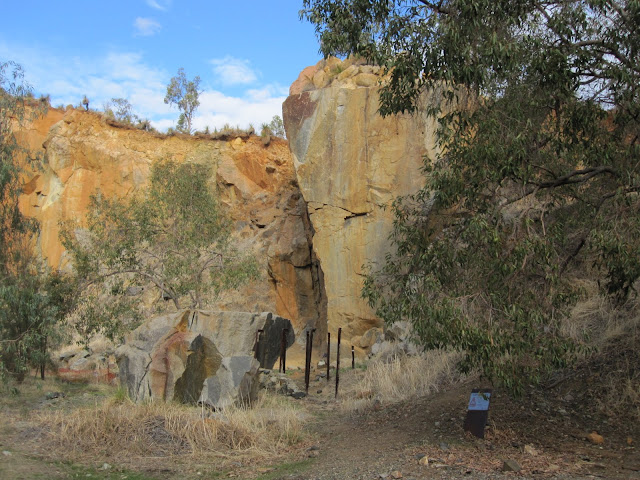 Today its exposed cliffs challenge and delight abseilers, climbers, picnickers and bushwalkers. Geologists would have a field day too. It’s a great place to see intrusions, the convulsions of the earth and weathering in action. On the ground you can see sparkling grey granodiorite, black magma, white and pink quartz and  metamorphic stone like scoria. Nature battles on.
Email Post