I must confess to a little road rage – or more precisely petrol station rage, this last week.  I’d forgotten what it was like to meet so many schedules. On Monday after dropping off the girls, I was sent to drop off the borrowed baby monitor and pick up the rented one. A baby monitor beeps loudly when the baby stops breathing.
I’m glad we picked Mum and the baby up on the Sunday because on a weekday the traffic was murder. After the third time around the block looking for a parking spot, I pulled into the line for 5 Minute Pick Up and Drop Off. It didn’t move for twenty minutes, so I asked the lady behind me if she would mind if I ducked in and made the exchange.

The first part was easy. I dropped the borrowed monitor off on the 8th Floor, but the rented one had to be collected from the 3rd Floor. It was like being given directions by the Cheshire cat in Alice in Wonderland. First I went to Paediatrics, then I was sent to Respiratory, but that wasn’t it either.
“Try Patient Appliances,” the lady in Respiratory advised. Patience is indeed a virtue.  A sign pointed down a ramp to the 2nd Floor, but then there were no more signs. People I asked in the offices nearby directed me back the other way. After my third pass through Pharmacy, someone walked me via a devious route to a cubby hole in a corridor to the left of the first ramp.
“I’m sorry,” said the attendant, “I can’t give you anything without a cashier’s receipt."
“Where’s the cashier?” I asked.
“On the fourth floor,” he replied.
I was feeling pretty guilty about the car by this time. There were signs everywhere saying that the fine for unauthorised parking was $50. I told him where I had left the car. I even offered him $50 cash. He sympathised, saying he couldn’t get a parking spot himself this morning, but no, he still couldn’t break the rules.
Thwarted I ran back to where I had left the car. The other car had gone. Cars were moving around it awkwardly and a lady balancing several children and a pram was fuming.

“Some thoughtless idiot has ditched their car here and other cars can’t get out!”
“Oh that’s awful!” I commiserated, slunk into the car, and drove off fast.

Two more laps of the block. Someone beat me to the last No Standing space and I drove into a part of the hospital where deliveries were going in and out. There were some empty parking spaces there. One said Reserved for Coroner, another said Reserved for Social Services and three were marked Reserved for Government Vehicles. I picked one of those and went in search of the cashier.
She was in a hermetically sealed cubicle off Emergency and there was a long line ahead of me.  I assumed that the high security was for health reasons. At last it was my turn.  I watched her painfully fill out the forms in triplicate – a pink one, a white one and a green one, then she shoved an Eftpos machine through a slot like they have in German banks and said brightly.

“Now you’ll have to wait till I print your receipt.”

Grin and bear it I told myself. Don’t blow it now. Nearly there. For a horrible moment I feared that she might shut down for an impromptu tea break, like they do in Russian railway stations when you have queued for hours for a ticket, but at last she handed me my sheaf of papers and I ran like the wind. At least I now had a pretty good idea of the layout of the hospital  and reached Patient Appliances on my first try. The man was most apologetic when he finally handed over the monitor.

“I can see you’ve had a hard day,” he said, repeating his mantra. “But you must understand that I can’t break the rules.”
“Yeah, that’s what the Nazis said too,” I said nastily. “I hope you never have to wait for a heart defillibrator.”

I raced back to where I had left the car. It was now boxed in by three white shiny government cars. The last one couldn’t get in. I smiled apologetically at the driver and hoped she hadn’t noticed the car seats and the mess in the back. She did see me carrying the monitor though, so I hope she forgave me.

I now had 45 minutes before the Twelve o’clock School pick up on the other side of town and I was almost out of fuel. I pulled into a service station. Oops! Wrong side. In the time it took me to turn the car around, an elderly lady had beaten me to the pump. It was the only time she moved fast. Another car pulled in behind so I couldn’t get out again.
Normally I am pretty tolerant of older drivers. I am usually pretty laid -back myself, but the seconds were ticking by and the school treats late mothers /caregivers harshly. They also have this little sign on the door which makes you feel really guilty. 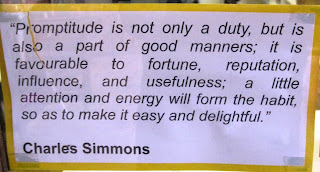 This lady s-l-o-w-l-y opened her petrol cap and went inside. She came back with an attendant who   s-l-o-w-l-y filled her tank. Then the lady s-l-o-w-l-y went to her glove box. Good, I thought, she’s getting her money to pay and got ready to jump into her grave. But no, she was getting her notebook out to write down how much fuel she got, her mileage and the price and for all I know, her life story as well. Then she s-l-o-w-l-y put it back, got her handbag out and went into the shop.  She must have paid with five cent pieces because that took another eternity too. I was so very tempted to nudge her car forward a bit so I could reach the nozzle, but I wasn't driving my car and this one didn’t have nice big bull bars on it like mine has. There was nothing for it but to wait and wait.
Now I understand the person who wrote in to the Herald- Sun about the true purpose of Baby on Board signs. I can’t remember the exact words or who the writer was but it was something like “It’s to warn other drivers that there are sleep -deprived, distracted  and slightly deranged adults behind the wheel racing to get to a school pick up. “ Too true.
Email Post