The fantastic world of Fungi

Yes, I have been hanging around in the rainforest again – no leeches thank goodness, but I must confess I am turning into a mycophilliac. I was quite intrigued by some of my finds last year, but have now joined a group where members can not only identify them, but send in images of what they have found. According to Pat Harrison of the Fungi group, some 20,000 macro species have now been identified worldwide, but this is only around one tenth of the number which are known to exist. Some of the specimens on the site are positively mind boggling and the photography is exceptional too. Some species, especially the Stinkhorns and Earthstars, look as if they belong on an alien planet. Then there are translucent blue ones, all green ones, deep purple ones and even some which glow in the dark. While I have yet to see any of the latter myself, it has certainly opened my eyes to wonderful world at our feet.


Some members have allowed me to include some of their photographs, all much better than mine, but I just have to show you some of the more unusual ones I have encountered. 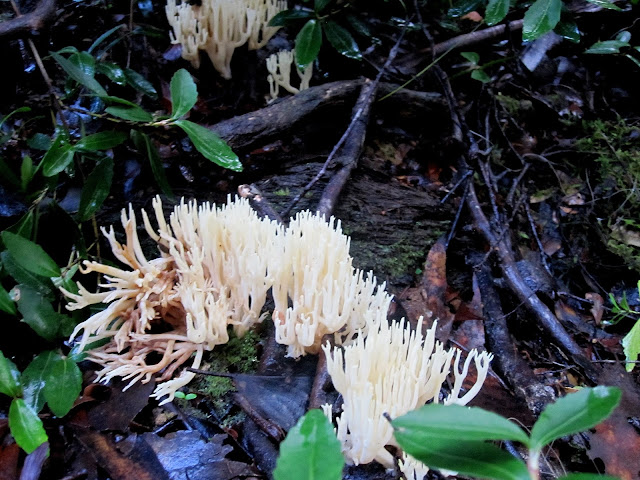 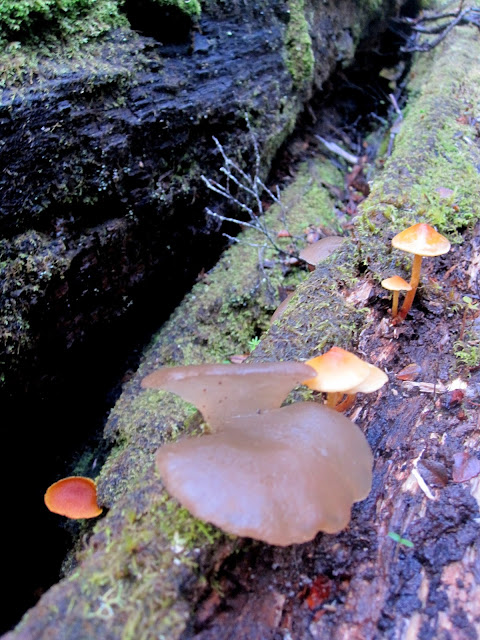 Not a lot is known about the toxicity of our fungi – the luminous ones are definitely poisonous, as are the Amanita Muscaria –the cheeky red ones with white spots, nor are fungi similar to those found elsewhere, necessarily safe to eat here as several unfortunate consumers of what they thought were  “straw mushrooms” in Canberra have found to their cost. So the message is, look, but don’t touch and especially don’t eat. Also please be careful where you tread. Not only the fungi, but much of our forest vegetation – ferns, grasses, mosses and lichens, is also very fragile and often lives in a symbiotic relationship with the fungi and other plants.

Many thanks to all the people who have contributed, commented and or identified my finds (and put up with my ignorant newbie questions) and especially to those who have allowed me to use their images. My own photography leaves plenty of room for improvement, but I promise I'll try to do better next time. This is just to whet your appetite. It has  certainly made me far more aware and more careful where I step.
at June 16, 2017