I felt thrice blessed this weekend. For a start I got out into the bush for the first time in ages and my walking buddy was able to come with me (his idea actually). Wattle bloomed along the roadsides together with the occasional flowering plum or cherry in a front garden. It was also a perfectly sunny day – no wind, no showers – I am sure there are children alive in Tasmania today, who have never seen this phenomenon. Lastly, I saw not one, but three Wedge- Tailed Eagles, riding the thermals above us. More about them shortly.

The Thumbs are a group of three small peaks about 2 Km off the Wiegelanta Road, just outside Orford, but the road to them is largely unsealed, so don’t take your hire car there. There’s a small picnic area there – no water or toilets, and a nice little walk which is supposed to take around two hours. It is mostly known for its excellent views of Maria Island and the East Coast and as one wag wrote, “It’s not often that the best views are to be had before you start your walk.”

Nevertheless, we set off and conquered two of the hills before the last one stared us down. My friend had to be back in town by four, so we reluctantly had to leave it at that for the day, but hating unfinished business of this kind, I drove there again on Sunday and did all three. 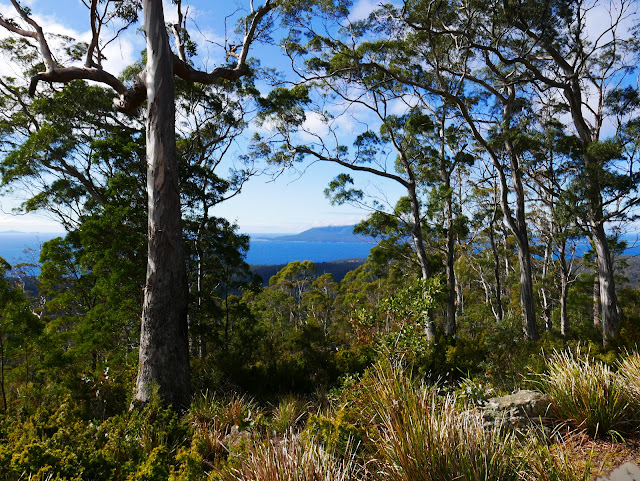 On the Sunday, despite the fairly promising weather forecast - only 2% chance of rain, the weather wasn't nearly as nice. A fierce wind blew most of the time, threatening to bring down dead branches or even trees. I'm sure the 360 ⁰ views from the top of the last thumb were pretty spectacular, but  it started to drizzle and I didn't want to linger long. It also grew very dark and the rain began bucketing  down just as I got back to the car.  One sunny day does not a spring make, but I was thrilled to have seen those eagles.

I suppose this lovely cartoon by Leunig via the Leunig Appreciation Society sums it up: 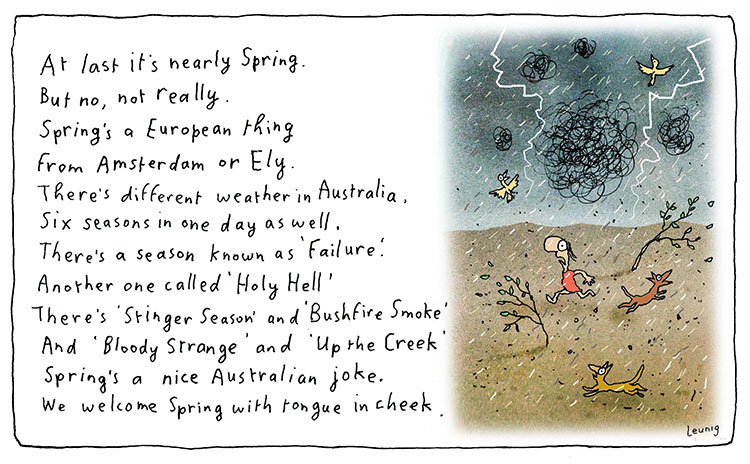