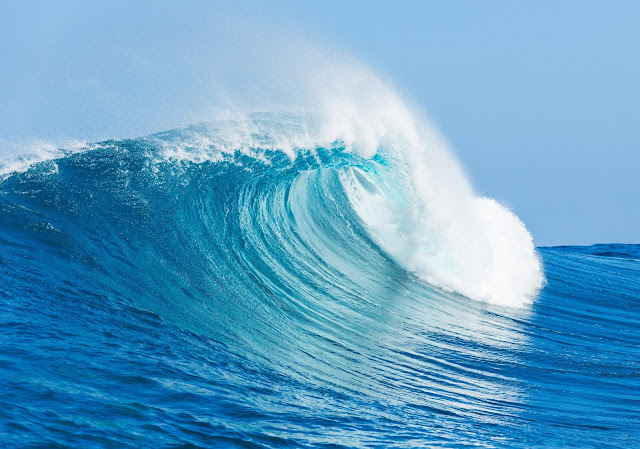 “It is a curious situation that the sea, from which life first arose should now be threatened by the activities of one form of that life. But the sea, though changed in a sinister way, will continue to exist; the threat is rather to life itself.”

― Rachel Carson, The Sea Around Us

Today is World Ocean Day, but I’m not going to write much about this. You know the problems – plastics, warming, bleaching reefs, chemical, fertiliser and sewage pollution, oil spills, rising sea levels already threatening small islands but in the longer term also threatening many of the world’s most populous cities, unsustainable fishing practices and acidification. The last named may need a little more clarification. So far the ocean has generously absorbed the vast majority of the world’s excess carbon dioxide, but as is does so it becomes more acidic. This dissolves coral, the shells of molluscs and the bones of other fish which in turn diminishes the food supply for higher order predators and creates further negative feedback loops.

On the subject of feedback loops, with ice sheets in Greenland and Antarctica melting six times faster than in the 1990s, it isn’t so much the 17 extra centimetres of sea level rise we can expect by 2100 which are the problem, though some coastal cities such as Bangkok, Miami and Venice are already experiencing some effects, but rather the increasing number of storm surges and extreme weather events which will impact many more of them and the millions of people who live there.

Warming and melting of sea ice means more dark surfaces, which absorb more heat instead of reflecting it and cause faster melting and thus further warming. It also allows warm water species to move south to invade cold Antarctic waters along with new diseases and pests. The same process also affects farmed fish leading to greater use of antibiotics, lower yields and greater antibiotic resistance, which not only affects the fish, but also other species including humans. Another effect of warming is the thawing of permafrost which has been blamed for the collapse of oil tanks in Siberia, thus causing the largest oil spill in Russian history. There are fears that more of the same will further destabilise the ground and structures upon it as well as releasing methane, a greenhouse gas up to to 104 times as potent as C02 which dissipates more quickly but is nonetheless likely to contribute to further warming.

These are just some of the threats known and unknown which are emerging as the earth and the oceans grow warmer, yet as Virginijus Sinkevičius EU Commissioner for Environment, Oceans and Fisheries, said in his opening address on Earth Day, we keep on ".. sawing off the branch on which we sit.”

Things we need to do

We already covered most of these on Turtle Day or Environment Day so I won't nag long here - get rid of the plastics, stop polluting etc, stop burning fossil fuels, stop creating badly designed cities that necessitate car use, avoid travel, excessive shipping, re -examine tourism, go slow, and stop having international conferences where people have to fly in in their private jets. (At least with this year's Oceans Conference it is all happening online). With respect to oceans we should add another one.  Buy only sustainably -caught fish - that is, no gill nets or factory fishing. Ask your fish monger or maître d' about the origin of your fish or read the label on your tin and if you catch your own, abide by catch and size limits, to protect endangered species and future breeding potential. This also applies to sharks, particularly the Hammerhead, in Australia's case, but also those taken for live finning. [Around 170 species of shark call Australia home, many of them not found anywhere else and only a few of which pose a danger to humans].

We should also be creating more marine reserves to protect remaining fish stocks. Instead, the US government is dismantling them and offering 90% of its coastline up for exploration. It is also seeking to remove references to climate change from government documents and revoke other forms of environmental protection. Meanwhile Russia and China have refused to agree to the creation of a Marine Sanctuary in eastern Antarctic waters for the eighth time, even as fishing fleets converge upon it. In better news, I have just heard that a new Marine Park has just been declared in the Limmen Bight in the Northern Territory.

This does not mean that we should give up. Much smaller and more vulnerable countries than ours aren't looking backwards and heavily subsidising fossil fuels, but are restoring degraded forests and mangroves, or building infrastructure to protect themselves from future weather events and are developing alternative livelihoods and more resilient crops to protect themselves against changes in climate. See Tanzania (below) for example, with its new seawall to prevent coastal erosion and inundation, or Djibouti  restoring natural systems to protect against erosion and desertification or  Rwanda which is also restoring degraded lands, using modern weather forecasting technology and educating its people about climate change and sustainable livelihoods.  Read more here…
The UN believes that such activities have the potential to provide millions of jobs and “lift billions out of poverty”  as well as mitigating future risks and preventing further destruction of the environment upon which we all depend.

For most of humanity's existence the ocean has seemed so boundless, restless perhaps or peaceful and not a little dangerous, but always a source of mystery and an endless supply of food. While it continues to be a source of awe and mystery  the more we explore- a German Australian research team has just discovered 17 new species of carnivorous sponge, we are also discovering that even the ocean has its limits. As Jacques Cousteau put it:

“For most of history, man has had to fight nature to survive; in this century he is beginning to realize that, in order to survive, he must protect it.”

Email ThisBlogThis!Share to TwitterShare to FacebookShare to Pinterest
Labels: How Climate Change Threatens the Oceans, Marine Reserves, Mitigation and Adaptation, Other Threats to the Marine Environment