Getting Ready for Summer -1 Bushfire Season

Image by Gerd Altmann from Pixabay

Once upon a time we looked forward to summer. It conjured up images of lazy days by the pool or the beach and the expression “Are you ready for Christmas,” meant baking puddings and making Christmas card lists. Now we are making fire plans and approach the season with fear and trepidation. For many it will bring back painful memories of the Christmas past, especially for those who are still waiting for help to rebuild their homes, despite all the generous donations and the funds promised by the Australian government.

Fortunately there's just been an excellent series on the the ABC  “Big Weather and how to survive it.” which has a lot of useful tips. If you live in Australia and haven't seen it yet, you should. If you haven't made any preparations yet, both the ABC  and the Allianz Insurance group also offer good advice. For those of you reading this in the Northern Hemisphere, I'll be covering things like severe storms, flooding, hurricanes and other forms of severe weather, a bit later on, but you can pick up some good tips regarding winter weather here.

A foretaste of hell

“Hell is coming,” warned Spanish meteorologist Silvia Laplana as she showed what Spain could expect last June. France, Spain and Germany all experienced heatwaves in the Northern summer. The  US National Weather Service warned of its first “Firenado" and everyone knows that Australia got its own glimpse of hell when its summer kicked in. It’s official now that Australia has warmed by 1.44oC . That may not sound like much, but we have seen the damage it does and we can only expect worse to come, even though the pandemic may have temporarily slowed things down. To see how things have changed in your lifetime click here. 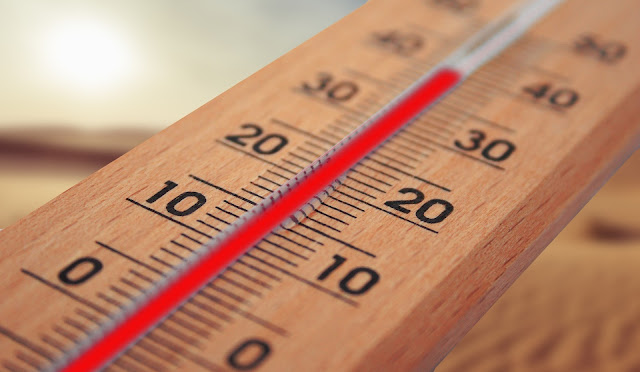 Image by Claudia Engel from Pixabay

Fires are now more frequent and more intense. Even rainforests are burning in Australia, places which were previously more or less immune because of their high moisture content. Fire departments no longer say “Wait until you are told to evacuate.” Instead they say, “Go to a place of safety as soon as you hear of an outbreak in your area.” Insurers, having had their fingers burnt – pardon the pun, are no longer so keen to offer insurance to those in fire -prone areas and if they do, it is at much higher premiums, and despite what timber companies say about how clearing bushland would make it less flammable, the word from California at least, is that that clear -felling exacerbates drying and adds to the intensity of fire. It certainly did not save homes in the Hope Valley Fire. Fire seasons also start earlier and last longer so that they now overlap with the Northern Hemisphere summer meaning that we can no longer count on fire fighters coming from the other side of the world to help us.

Image by MarkJToomey from Pixabay

Personally, I think it’s shocking in a country as fire -prone as Australia, that we are still relying on volunteers to risk their lives fire -fighting when what we need is a dedicated, national fully trained, well -paid and equipped professional fire -fighting force and emergency personnel which can be dispatched to any region and comprehensive national plans. This is the new enemy and we should act accordingly. Not that individual domestic plans have no merit, but in isolation they are a poor substitute for a broad-based national approach. That was a major part of the recently concluded Royal Commission  into the fires and the National Natural Natural Disaster Arrangements. Read their other major recommendations here.

As the commissioners remarked, it's not enough to respond to fires after they happen, "avoiding or mitigating risks" is much more cost effective. Given that aside from the direct losses (33 killed as a result of the fires, another 400 dead from smoke inhalation, 3000 homes lost and so on, together with the loss of an area the size of Korea or Wales and Scotland combined, not to mention five billion animals and whole ecosystems) the damage bill including the long term effects of injuries, the toll on mental health and the loss of productivity, has now been estimated to be in the order of $100 billion, most of us would surely agree.Immediate  GDP impacts alone certainly do not tell the whole story.

With  Hobart reaching 33o C (94 F) when l started writing this and NZ already reporting a heatwave, it will be interesting to see how many of  the  Commission's 80 recommendations will be put into effect, or whether, like the Royal Commission into Aged Care, they will be tabled and noted but not be acted upon. At least one - the need for an aerial fighting fleet, has already been scotched. The Prime Minister has announced that there will be no dedicated water bombers for Australia, though it seems that there is no shortage of taxpayer funds ($250 million) for things like Scott Morrison’s private plane. Although Climate Change was beyond the Royal Commission’s terms of reference, commissioners did say that it would be remiss of them if they did not mention Climate Change and that even if all emissions ceased today, the already released CO2 would continue to produce higher temperatures until 2050. This means that Australia (along with the rest of the world) should not only stop emitting greenhouse gases but must start reducing them now.

To their credit, some industries aren't waiting for the axe to fall. Suncorp for instance, will no longer finance or insure oil and gas investments and three of our four major banks are getting out of thermal coal, though they have yet to take the next step -no longer funding oil and gas exploration. Some states and regions are also taking steps towards Carbon Zero. South Australia and Tasmania for example, are moving towards electric vehicles, though sadly South Australia also plans to tax them. In Tasmania's case, just switching the government fleet to hybrid or electric is expected to save $2 million in maintenance costs and $6 million in imported fuel, not to mention producing less noise and no emissions.The Europeans are of course well ahead and we hope for great things in the USA under Biden.