Saving Insects -2 Down on the Farm 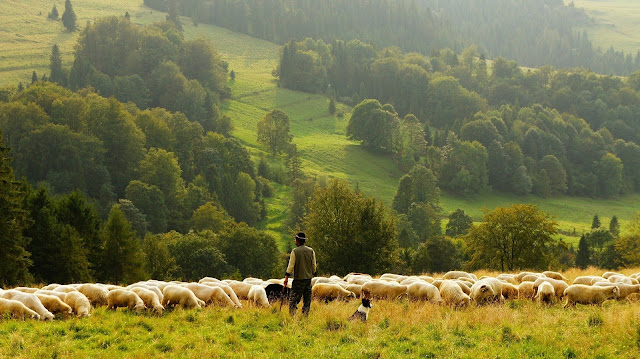 Image by Free-Photos from Pixabay

Fortunately farmers themselves are leading the charge. Until recently farmers were being urged to put on pesticides as a precautionary measure to be sure that infestation could not occur, but this often led to pests becoming more and more resistant and farmers having to use ever more chemicals to control them. Now farmers are instead embracing Integrated Pest Management and this is endorsed and encouraged by industry advisory bodies such as the Grain Research and Development Corporation.

What is Integrated Pest Management?

Briefly this involves the farmer first trying to exclude pests from the crop by physical means. If that fails, they watch and take no action unless pests start to exceed a particular threshold for that crop. This is because if the crop is otherwise healthy, it is possible that beneficial insects and helpful predators could naturally overcome the invaders. If unsuccessful, they will try to remove the pest manually or mechanically before using chemicals. If they must do so, they will use highly specific means which only target the invader and only treat the area which has been affected, not the entire crop.

By working with nature, farmers not only ensure continued pollination of crops and do less harm to the environment, but they also save money. Contrary to dire predictions about reduced yields, some studies in the USA have shown that yields can actually improve when not using pesticides. Listen to one farmer explain what he does below.

Carefully targeting pests means that helpful insects won’t disappear along with the bad. By way of example, in Ghana attempts to control mirid bugs in cocoa plantations with neonics, led to an explosion in secondary pests and the need to resort to far more expensive pollination measures. However, a fungus has now been developed which only affects the mirid bug and nothing else, though it is slower acting. The first rule of biological control is to preserve existing enemies and to increase their number if possible and then adding new ones if necessary, though this should be done with caution. For much more information on this topic see the work by the University of Maine here but be aware that things which work in one region, aren't necessarily going to work elsewhere.
We should also be very careful about introducing exotic species in places where they do not have natural enemies. This has happened with Cane Toads in Australia. Introduced in 1935 to control sugar cane beetles, but without natural predators, they have become a serious pest. Introduced species may also out -compete or attack native species as European Bumblebees are doing to our tiny native bees which are the exclusive pollinators of small rare plants such as orchids, thereby contributing to the decline of both native bees and orchids and leading to a general loss of biodiversity. The USA has a similar problem with introduced Ladybirds  and imported Chinese Mantises  which are decimating the local versions.

Image by Schwoaze from Pixabay

Another positive development seen on the North West Coast where most of our vegetables are grown, were the extensive fields of pyrethrum. Pyrethrin which is extracted from it has been used on all kinds of pests from from the usual suspects like flies and mosquitoes to head lice, moths, bedbugs, horn flies in cattle and the pests that attack corn and peanuts. Although it can be toxic to aquatic species and cause minor problems such as nausea and headaches in humans when used to excess, it doesn’t persist long in soils, plants or food the way neonics do.

Interrupting the spread of pests

There's nothing pests like better than having continuous access to their favourite food. Interplanting with other species can help to interrupt the flow or even using different strains of the same crop. Had the Irish had access to more than one strain of potatoes in the 1840s, they may have avoided the Great Potato Famine which was the result of a fungal infection. According to an old book I have by organic farming guru Robert Rodale [Our Next Frontier, (1987)], even weeds may help. He refers to studies in Columbia in which a small number of weeds were allowed to remain in combined plantings of corn and beans. This resulted in a drop in leaf hopper numbers of between 40 -53%. In another experiment, allowing weeds in corn reduced cut worm damage by 68%. It's a pity there aren't more recent and localised studies on this.