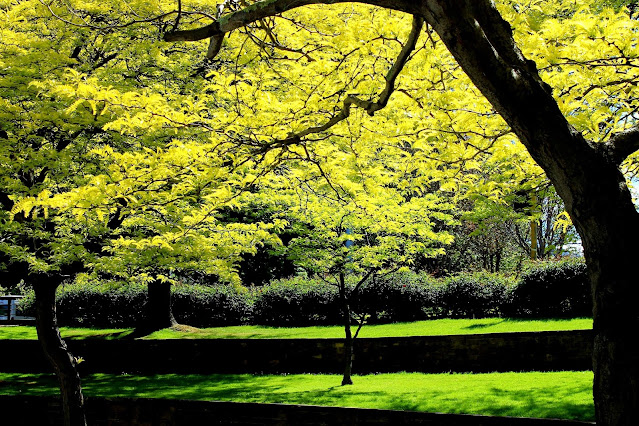 With spring in full swing many countries in the northern hemisphere  have been celebrating Arbor Day or are about to. Even in southerly regions it’s still a good time to start gathering seeds and begin propagating trees for spring. It's also a time for pruning and care and maintenance of existing trees. While the Spanish village of Mondonedo is believed to have had the first Arbor Day in 1594, things really got going in 1872 when Nebraskan newspaper editor J. Sterling – Morton created a competition which gave a prize to counties which planted the most trees. Over one million trees were planted on that day in his home state alone and the idea was progressively adopted by other countries as well. Some countries celebrate whole weeks. Korea for example has “Tree Loving Week,” India has a National Festival of Tree Planting, the UK has National Tree Week from November 27 – December 5, Japan has “Greening Week” and South Africa celebrates Arbor Week from September 1 -7. This year Australia celebrates National Tree Day on the first of August and National Schools Tree Day  on Friday the 30th of July. Though mass community plantings have been limited due to COVID there are still many ways to get involved. See Planet Ark's pages for example, or those for the Arbor Day Foundation.

I have very fond memories of Arbor Day in Primary School. Not only were we outside planting trees and not doing grammar or arithmetic, but we sang songs, did drawings and wrote essays and poems. I particularly remember this one written by Joyce Kilmer in 1914. After he was killed in World War 1, the US Forest Service purchased a large tract of land in his name in 1938 to prevent it being clear -felled. The poem became very popular in the 1940-50s and was also set to music.

I think that I shall never see
A poem lovely as a tree.
A tree whose hungry mouth is prest
Against the earth’s sweet flowing breast;
A tree that looks at God all day,
And lifts her leafy arms to pray;
A tree that may in Summer wear
A nest of robins in her hair;
Upon whose bosom snow has lain;
Who intimately lives with rain.
Poems are made by fools like me,
But only God can make a tree.
Source: Poetry (Poetry)
- Reprinted from the Poetry Foundation
Just as well we only had to learn the first couple of lines. When I look around at the well - established trees in my neighbourhood, I wonder how many of them  may have been a product of those long ago Arbor Days.
Things did go rather quiet after that, though I may have been busy with Bushcare  -removing invasive weeds and replanting native vegetation around waterways and degraded public land. We didn't hear much about urban tree planting again until 1996 when movie legend Olivia Newton - John teamed up with Planet Ark to found National Tree Day. Since then it has grown into Australia's largest tree planting community with around 300,000 volunteers. Since 1996 they have planted 26 million trees and are working hard to plant more than a million trees, shrubs and grasses each year.
Meanwhile the US Arbor Day Foundation established in 1972 hasn't been resting on its laurels. As well as planting around 20 million trees a year in American forests since 1990 and preserving around 48,000 acres of rainforest through its Rain Forest Rescue  Project it has developed a number of excellent programs over the years such as Tree Campuses  and Community Tree Recovery Programs following natural disasters.The Rain Forest Rescue program also supports a range of international projects such as sustainable coffee production in the Andes and restoring Lemur habitat in Madagascar. Companies can also apply for carbon credits. At least two more of its offspring - Tree Cities  and Team Trees (#teamtrees) have enjoyed wide international success, so we'll talk about those next.

Happy Planting and Tree Nurturing Everyone!