Back on the highway, just before Lawitta there was a bend in the road where enormous poplars lined both sides.  It must have been one of the most photographed sections of the road west and should have looked splendid at this time of year. When I got there I was shocked to discover that these poplars had been severely pruned or rather, mangled. I couldn’t believe such vandalism had been allowed to happen. It turned out that there had been an accident here and it had been done to increase visibility on this tricky “S” bend. Still I wished there had been some other way to achieve the same end. It takes decades to produce such a landscape. Too often councils only see trees in terms of their nuisance value with little regard for their environmental  benefits or their sheer aesthetic  qualities.

It’s true that tree roots can break up roads and footpaths and get into drains, or that their branches can drop onto parked cars or get in the way of power lines. Trees also grow old, become diseased or dangerous to the public, yet leafy suburbs consistently fetch higher real estate values and trees filter the air, reduce noise and keep cities cooler. I read recently that they even speed healing in hospitals and reduce blood pressure among those who are able to gaze out at them. Too often we take their presence for granted until they are no longer there, so I urge everyone to inscribe all mature trees and scenic places such as this was, onto a Tree Register of some kind before it’s too late. A good Tree nursery or your local council can advise you about what to plant to avoid most of the downsides.

So what is a Tree Register?

Tree Registers are intended to protect special trees. Here in Australia we have local, state and a national one plus one or two informal ones. They usually include co -ordinates, aerial pictures and notes about height, girth and or spread and perhaps a photograph. There are also  global registers (see links below), but these often concern themselves with individual trees, particularly with the biggest of their species  - Champion Trees, and only rarely with those which make up a pleasing ensemble such as those above, or for example the avenue of oak trees outside St. John’s Church in Hobart or the marvellous street of giant figs in Dongara, Western Australia.

Also missing are those which are especially wonderful at a particular season such as the Cherry Blossom trees in Cowra where many Japanese residents were interred during World War II, the Jacarandas, or the stunning red flame trees along the coast in Northern NSW or even the street of Liquidamber trees in my own neighbourhood.

Also missing are Tasmania’s unique temperate rainforest trees such as the Ancient Pencil Pines, the Myrtles, the Leatherwoods or the Deciduous Beech (see previous post)and the Waratahs, which make such a fabulous display in November.Every one of these ought to be on the Significant Tree Register!

Missing too are the Quirky trees. I am thinking here of the Leaning Trees of Greenough (WA), The Octopus Tree on Mount Wellington, or even the Burke and Wills’  “Dig” Tree in Queensland, blazed on their ill-fated race to cross Australia from South to North in 1861. Old and rare trees are important too. I am thinking here of the Wollemi Pines (Wollemi nobilis) only discovered in 1994 but whose genes date back to the age of dinosaurs, or the Huon Pine (Lagatrobos franklinii) recently found on the West Coast of Tasmania which has been cloning itself for around 10, 500 years. Another oddity is the stand of Red Cabbage Palms in otherwise arid Central Australia. Yes, we should recognise and celebrate the big trees of their kind, but other values matter too.

Unfortunately, the National Trust which runs our national register has no power to prosecute or prevent destruction. The hope is that once noted, people will respect the trees which have been nominated. More power rests with Local Councils who can exercise some control via planning regulations, but this too depends on how comprehensive their register of significant trees is. Ours doesn’t seem to be very comprehensive. Our forest protections have also been severely weakened and even worse, soon we may no longer be able to protest about it. The state of Victoria is similarly afflicted, despite the fact that Australia has lost so much of its tree cover during the bushfires.

So much for the deficiencies of our registers. How are yours? Do you have one?  If you don’t, it might be a good idea to start one. The world needs all the big, beautiful, rare and historic trees it can get. Some of the organisations below might be able to help. Perhaps you could enlist school children, scouts or community groups or at the very least do an inventory of your neighbourhood yourself.

Imagine if hunting Champion Trees became the thing to do instead of Trophy Hunting. I'd also like to see every Koala -friendly tree on a register - they only eat certain species of Eucalyptus, but for now I can only wish. We shouldn't discount dead trees either. While we might find them less attractive or less worthy of recognition, they make valuable nesting sites for birds and other small creatures including bees, but for now, here are some links to get you started.

Around the world, big and old trees:
https://www.monumentaltrees.com/en/

(includes postfire report on the Southern Forests after 2019  bushfires) 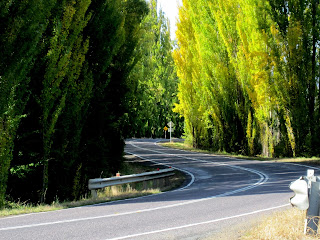