Health Warning: I was lucky enough to be in Mongolia at the height of its brief and glorious summer and encountered nothing but clear skies and friendly people. Since then however, I have heard some disturbing stories about foreign workers who have been bashed, robbed and left to freeze in the snow, so it is probably not a good idea to go by yourself. 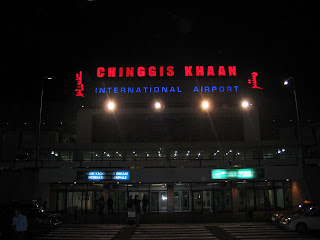 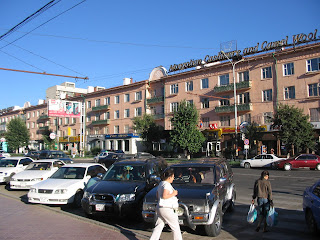 The worst thing that happened to me apart from having to have cold water showers because they turn the heat off in summer, was that my Australian Travelex cards did not work. This wasn't all bad, as many people took me under their wing. Instead of hiring a car and driver as most tourists do, I was squished into one of the many mini vans that travel precariously all over the country.
The 'roads' are non existent in many places, with most vehicles travelling on braided tracks beside the road to avoid broken tarmac and treacherous pot holes. Along the way, people are dropped off at isolated gurs together with their wordly goods, gas cylinders and crates of cordial. Although many a nomad has swapped his horse for more horsepower, they still drive as if on a mission of rape and pillage. 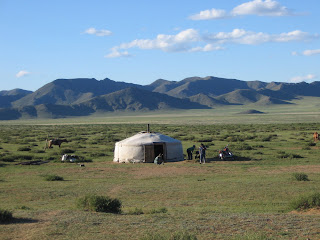 Except for the odd powerline or satellite dish, the landscape has barely changed since Chinggis' time. With only two million people in an area the size of mainland Europe, Mongolia's population density is even lower than Australia's. Unfortunately only 10% of the land is arable, the rest being pasture, desert and mountains, so nomadic herding still accounts for much of the national economy. Mongolia does however, have vast natural resources which are of growing interest to other countries. 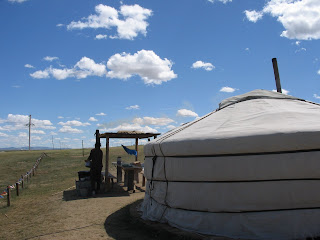 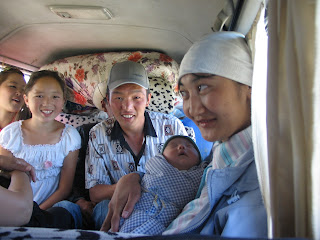 Some of my fellow passengers in the first mini -van 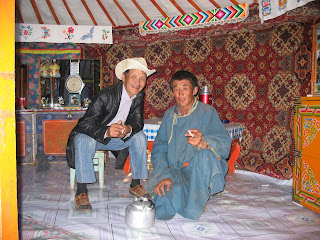 Warm hospitality inside a traditional ger 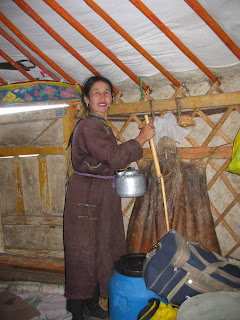 I eventually made it to the ancient walled city of Karakorom, Chinggis Khaan's thirteenth century capital, to celebrate Mongolia's 800th birthday. 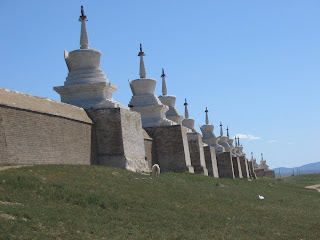 Walls of the Ancient City of Karakorum 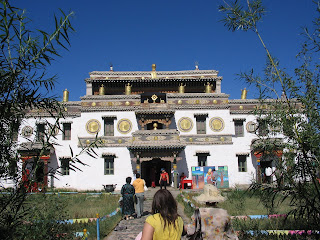 Erdene Zuu - one of the spectacular temples inside the walled city. It dates from 1468 and was built with stones from Chinggis Khaan's palace. 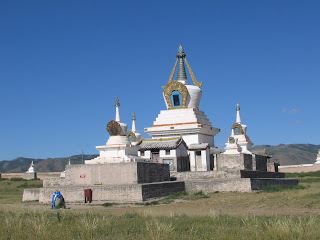 One of several other temples within the walls 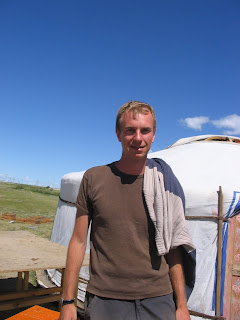 Martin Dreesen of the German Mongolian Archaelogical dig in Karakorum. His team has just discovered signs of an even older temple on this site 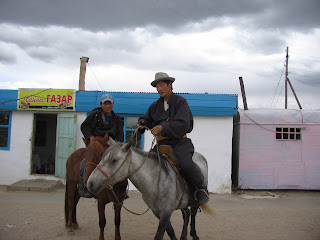 Modern Day Town Centre of Karakorum. This is a colourful collection of retired railway carriages. It has hairdressers, hardware and grocery stores, several restaurants and busy pool tables up the middle. 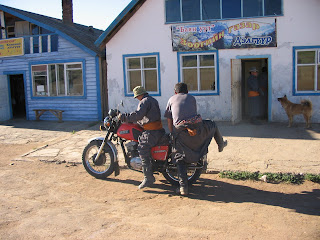 Not everyone rides horses 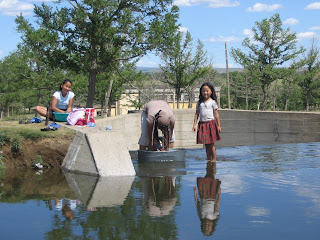 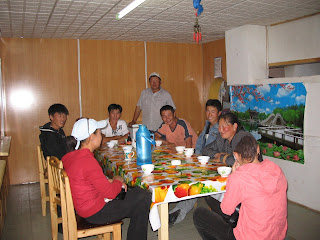 Dining out with my fellow passengers on the return journey

On my last day, I visited the Terilj National Park. Not being far from UB, this was a lot more touristy with some positively aggressive berry sellers and kids who wanted money before I could take photos of their animals, but the park itself is beautiful. There are trees, spectacular rock formations and the most superb blue wild flowers. 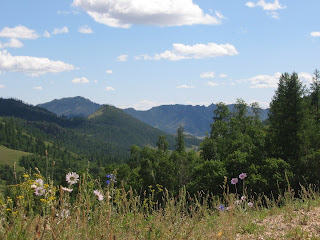 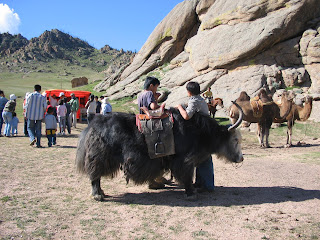 Meet the Locals - A Yak at Terilj National Park

Mostly though I will remember the kindness of the people, the incredibly blue skies and unforgettable scenes like this. 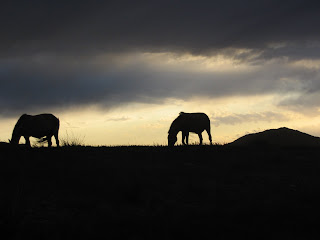 PS A big thank you to the ladies at the Agricultural Bank of Mongolia too.

For a totally different view of Mongolia, see Ross's page.....