Waterfalls of the North East – Day 2. Four waterfalls and a bit of history

Royal George was the first of several former mining towns I was to pass that day – Avoca, Fingal, Mangana – site of Tasmania’s first gold rush in 1852, and many others which have faded away. Not only gold but tungsten, coal and tin were mined in the region which displays evidence of former wealth in substantial churches, old hotels and elaborate shops, despite many of them being closed. The valley communities fortunate enough to have fertile soils and water, or at least passing tourists on their way to the East Coast, have continued to survive if not exactly thrive, while those set back in the hills have disappeared or become ghost towns or mere shadows of their former selves.

Rossarden was one of the latter. I was somewhat intrigued by Rossarden, home to Tasmania’s biggest tin mine between 1930 and 1950,  since it has the somewhat dubious distinction of being hailed as "the crime capital" of Tasmania. I asked a man in the street at Avoca why Rossarden had such a bad name. Rubbing his nose and looking furtively over his shoulder, he whispered, “There’s more bodies in them mine shafts than you could poke a stick at.”  “The museum’s good though,” he called, as I drove away.

The forest darkened and the hills crowded in as I drove up into the mountains, the landscape looking very like Walhalla in Victoria, another old mining town. At last, there was a clearing where scattered cottages nestled beneath the ‘sleeping dog’ form of Stack’s Bluff. Some cottages were neatly painted and sprouted a variety of dishes and antennae. Others reclined in various stages of desuetude surrounded by blackberries, rusting car bodies and leaning fences. At the top of the hill there was a nicely painted blue and white church where two alpacas gazed at me curiously, but otherwise my visit appeared to be unremarked and was uneventful.  I saw no evidence of any illegal activity – any activity in fact, unless it is the last resting place of all the state’s stolen cars. I was almost disappointed.

The museum down a side street in the former Primary School, was closed when I finally found it. Although there were phone numbers listed to call, I, as usual, had no signal. Instead, I read the signage in the little park next door which recounted the town’s history. The mine had been dormant since the price of tin dropped in the 1970’s, but townsfolk were very hopeful when Rossarden Mines took over from Aberfoyle in 1981. Alas, a year later most of the workforce was sacked, the mine closed and to add insult to injury, the whole town was put up for auction. Within a few months the population had fallen from around 500 to 90, though the numbers have been slowly rising since. With the possible exception of the Post Office, no services remain.

There was one curious note.  Back in 1993 with help from Forestry and the Northern Midlands Council, around 400 car bodies were dragged out of the bush, crushed and removed. I don’t want to knock a little town that’s just getting back on its feet, but if Sims Metal were to return today, I am pretty sure they would be similarly enriched. I would have liked to have taken more photos of these and some of the buildings but was a bit reluctant to leave my car. Hats off though to people who stayed.

I drove back to Fingal via Mangana. Fingal has a great little RV park complete with coin –in –slot showers, right in the middle of town. In consequence, I refuelled there and spent over $100 on food knowing that I would be away from shops for a few days. I mention this only so other communities which do not have such facilities appreciate the benefits.The information booth there also showed an alternative route to Meadstone Falls, but I wanted to wait until after the weekend so that I could check with Forestry first before embarking on another trek into the wilderness to my south.

Instead I drove I drove north east to Evercreech Forestry Reserve, listed as one of Tasmania’s Great Short Walks. Though the road was terrible for the last few km.  this is a delightful picnic area with something for everyone, not to mention  a large shelter, toilets and electric BBQ’s. There is a ten minute walk to the “White Knights-” a stand of tall white Eucalypts saved from logging by local people.


This walk is even suitable for strollers and wheelchairs. For the slightly more energetic there is a 20 minute circuit which allows viewing from the top. For the even more enthusiastic there is the 90 minute walk through fern and myrtle filled gullies to Evercreech Falls. 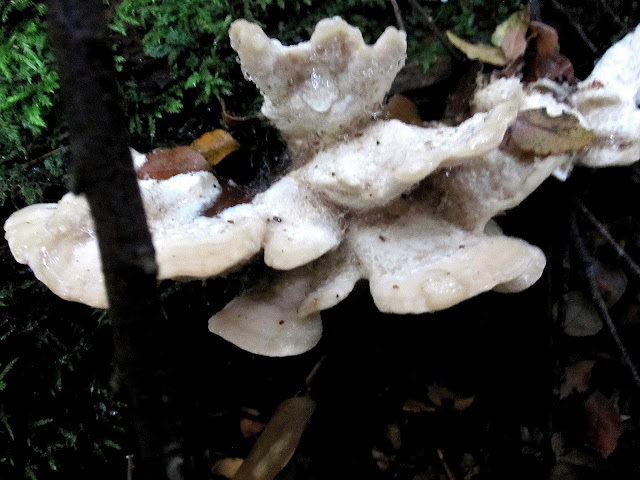 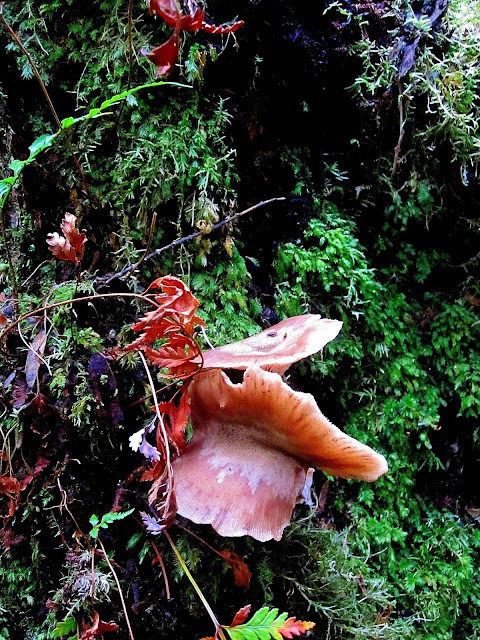 The next waterfall necessitated going over Clayton’s Road unless I wanted to backtrack over about 25 km of gravel and loose rock and then drive up again a little further to the north. Perhaps the name refers to that adult soft drink “Clayton’s, the drink you have when you don’t want a drink.” This is the road you have when you don’t really have a road. It did however, cut the trip to about 15 km.   The last kilometre of the track into the Falls is excruciating, but the falls are worth it, being somewhat higher than those at Evercreech, provided your wheels don’t fall off. Quite a few women were travelling on their own. I met one coming the other way on this stretch which gave me hope and another in a van like mine at Evercreech.

Next stop Ralph’s Falls, one of the highest in the state and another famous Short Walk. It's within the Mt. Victoria Forest Reserve, from here a rather gruelling drive away via gravel roads, though they can also be accessed  from Pyengana in the east. The C423 however, is the only link between these two regions with a high mountain range - Mt. Saddleback, in between.

The section over Mt. Victoria is one of those roads which starts off well and then inexplicably deteriorates for around five kilometres before becoming almost good again. Originally convict built, it still has dry stone walls made by them along its steep sides. Maybe we need a few more convicts or Work for the Dole Schemes. That's the way most of the roads in this state were built, though bridge -building and "Roads for Recovery" programs are underway in several places.

There are excellent facilities at Ralph’s Falls including a very pleasant shelter with water and BBQs. These falls were very popular with interstate and overseas visitors. Unfortunately it was a bit drizzly when I got there, so the pictures aren’t the best. The short walk takes only about 10 minutes to the lookout while the longer walk which takes in Cash’s Gorge (named after Martin Cash, Tasmania's most famous bushranger) and other spectacular scenery, takes around 90 minutes.

Further down, the same road also leads to St. Columba Falls which are around 300m. high and very powerful. Again the photos do not do it justice, but you get the idea. These can be reached via a sealed road from Pyengana, rather than coming down from Ralph's Falls.

Though there was another waterfall in this area which involved a one and a half hour walk, it was already getting dark as I came down the mountain. Just as I was about to call it quits, my phone rang for the first time since leaving home. After I got over the shock, it turned out to be a friend saying as it was a long weekend, did I still want to take her to Lake St. Clair as I had vaguely promised some time ago.  As I reached the main highway to head back to Hobart, I noticed that the car wasn’t its usual sprightly self. I could barely reach 80 kph, let alone the 110 speed limit. I was already thinking head gasket, a missing cylinder perhaps, and visualising those dollars with wings heading out the window. Rather than rushing off to the West Coast with a dodgy car, I stayed in Campbell Town -almost the only town left on the Midlands Highway, to have it checked over by a mechanic in the morning.
Email Post

markthomson said…
I wanted to thank you for this great read!! I definitely enjoying every little bit of it I have you bookmarked to check out new stuff you post. hug point waterfall