Waterfalls of the North East - Day 3 – Epitaph for a town, one waterfall and other diversions

I was lucky this time. After chatting for a couple of hours in the mechanic’s workshop -as you do in the country, while he worked on other jobs – and you must never rush these things, he finally took a look at the van. He tightened the fan belt, cleaned out the fuel filter, checked the tyres, laid a skilled hand upon it here and there and after a test drive, pronounced it good to go. Alas, when I rang my friend to tell her the good news, she had already decided to go by bus.

Feeling all dressed up with nowhere to go, I decided to continue where I had left off. Back in Fingal, I sought out the Forestry Offices but was dismayed to find the building not only closed but for sale. Undeterred, I drove on to the Meadstone Falls turnoff but here there was only a very large sign saying “Road Closed.”

Since I was now three quarters of the way to St. Marys, I continued in that direction, making the small detour to Cornwall where the last coal mine had recently closed. Most of the mining equipment had gone, but along with a clutch of cottages, there was a nice little memorial in the park to the miners, together with BBQs and a shelter, though beware of the super stroppy black sheep with horns next door! Looking at the few remaining cottages, it’s hard to imagine what the place must have been like when coal mining was in full swing until you look over the black and white photos and read the affectionate recollections in the shelter.

“The township of St. Nicholas and two thirds of Cornwall are lost forever. The majority of houses along with the churches, schools, tennis courts, shops,  butcher, baker, post office and the old original coal mines are only a heap of rock or broken concrete and those who hold their memories are fewer each year.


But Cornwall holds on with forty houses which all date back to another time when people knew no other life but to work hard, be devoted to their families and contribute to their communities in a loving sharing way. When a shake of the hand or a man’s word was law and children jumped to their father’s commands…


“Let us all hold on to what is left of Cornwall because the walls of the remaining houses are full of  memories and stories that should be sought out, told and preserved because the heritage of the Tasmanian Coal Industry and indeed the town of Cornwall, both of which played a significant role in Tasmania’s history, will end up lost in a pile of rocks and broken concrete like the homes, shops and churches so lovingly built by our forefathers, or pushed into  heap and burnt like the pine trees that once stood so proud in recognition of our war -time heroes.”

Just outside St. Marys I came upon the delightfully named Cranks and Tinkerer’s Museum housed in the former railway station. It is now chock – a –block with the most weird and wonderful things -things to make you think; things which remind you of the past; and many more things you never knew existed. Friendly and knowledgeable curator, Ian Summers has not only restored many of the exhibits himself, but is a dab hand at making models of ships and planes. He interrupted the making of a minute spiral staircase for a Mississippi sternwheel paddle steamer to show myself and another couple some of his favourite pieces.  A former teacher, Ian also gave me a couple of impromptu banjo lessons, but that little movie came out sideways. Thanks for a lovely interlude Ian, should you ever happen to read this. 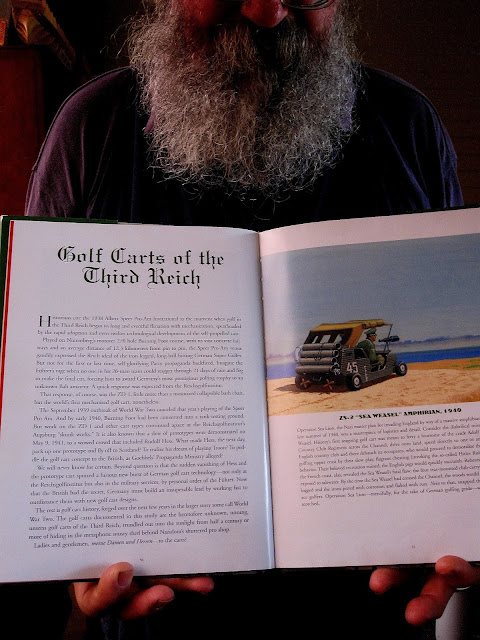 St.Marys, population 550, but now one of the fastest growing places in the state, used to be the  railhead for all that coal and produce from the Fingal Valley. Now it is a charming, bustling tourist stop at the junction of two major highways. Besides the impressive old pub, there are lots of coffee shops, little boutiques and craft places and so many food offerings that it was hard to make a choice.  An inexplicable craving (and no, I am not pregnant) for an old fashioned pastie such as I used to have as a child, eventually led me to the bakery, and for dessert I  finally opted for some locally made Elephant Pass Fudge, though again, having to choose between all the flavours  was enough to give anyone the vapours.


At the bakery I found out how to get to the beautifully named Grey Mare’s Tail waterfall on the outskirts of town which I had also read about in Fingal. Just as well I asked, because the slight track at the head St. Mary’s Pass is easy to miss. The lady at the bakery also warned me about the leeches but I still ended up spending half an hour picking the little suckers off my clothes when I got back to the car.
From there it was down the dizzying curves of St. Mary’s Pass to Scamander where, feeling a bit guilty about the morning’s indulgences I picked up some fresh strawberries at the berry farm, carefully averting my gaze from the blackboard with its promises of cakes and ice cream. Usually I lose weight on my travels, since I walk a lot, but for some reason this has not happened on this trip. At least now that I was near the sea and it was almost wall -to -wall holiday accommodation all the way to St. Helens, the temptations were fewer.

St. Helens (pop. 2019),  is the largest town on the East Coast and also growing fast. Begun as a whaling station, the town received a big boost when coal was discovered nearby in 1874. The influx included over 1000 Chinese miners who are commemorated at Weldborough and Derby on the road to Scottsdale and Launceston.  Now it is the service centre for the surrounding pastoral community, fishermen and a vast number of holiday makers. It has long been a favourite with Tasmanians - even before Europeans came, because its climate is somewhat milder than the rest of state. Now that it was a long weekend it seemed like the entire population was already here.  As a friend who had been there a few days earlier remarked. “It seemed like every bad driver in the country had converged on that one main street.”

There was still no signal on my phone, but the library had  an internet connection where I could at last send a brief message of reassurance to my family. I also shopped, picked up the papers and bought Easter eggs, then went on to explore the very popular Bay of Fires, notable for its fine white beaches and its remarkable orange lichen covered rocks.


I had my long awaited swim at Binnalong Bay, body surfing on huge rollers of ice blue (colour, not temperature) water until the beach was invaded by wedding guests complete with Scottish Highland Pipe Band, who had come for a barefoot wedding. Cosy Corner further along the coast, had been recommended as an overnight stop, but I doubt that you could have squeezed a paper plate between those densely packed RVs. Instead, I elected to spend the night at a little spot at the far end of the road. What it lacked in facilities, it made up for with the luxury of a little vegetation between campsites and better views - blue waters, white beaches, those sculpted rocks and several lagoons where large seabirds flew.