Pandora’s Box – Soundtrack to my life – (Well, bits of it anyway) 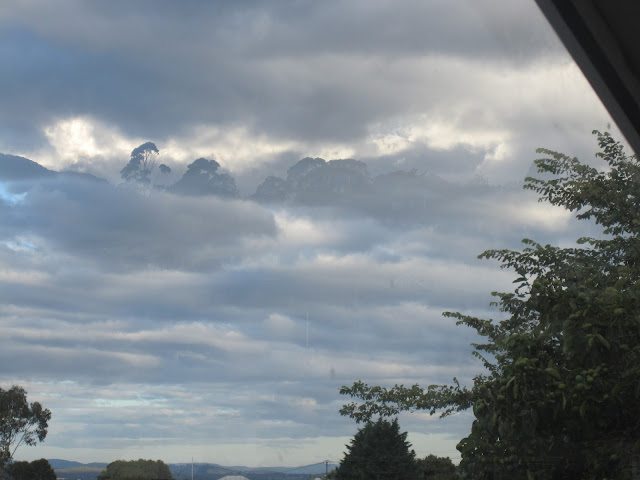 Another day lost in space. This clearing out business is taking a lot longer than I thought. Yesterday I came across a box of tapes and couldn’t resist looking through them. I haven’t owned a cassette player since 1998 and some of the tapes unravel as soon as I put them into the machine. Let me tell you, nothing except perhaps smell, transports you back in time as fast as music. You only have to see that movie “Alive Inside” in which virtually catatonic Alzheimer’s sufferers in homes for the aged were reanimated by the sound of music from their heyday. The transformations were positively miraculous.


The first tapes to see the light of day again were those of music from the 20's, 30's and forties.We still have the original LPs of these somewhere too, but haven't been able to play those since the early '80s.  I used to play the tapes as background music in the tearoom I had and it was not unusual to have people shed a tear or two when Vera Lynn came on singing “The White Cliffs of Dover” or Marlene Dietrich sang “Lilli Marlene.”
I was delighted to discover that Dame Vera Lynn was in fact still alive and celebrated her 100th  birthday last November. Christine Baade, writing in The Conversation, says that during the war years, despite Lynn being hugely popular among the troops, the War Office was convinced that her sentimental songs, far from boosting morale, were undermining the soldiers’ will to fight.


The Palm Court Orchestra music  which used to be played at  tea dances,  also dates from this era. It too stirred memories among the guests of happy times, young romance and daring Tango displays. When I hear this tape I want to go out and buy aspidistras. As I listen I get a warm glow thinking of all those people who passed through the tea room doors, but am a bit sad too that I have lost touch with most of them and that so many are no longer here. There were some wonderful characters - the geos, the Ulysses Motor Cycle Club, the cyclists, and especially the musicians -Patrick Byrne,  the Francezza Chamber Group,  the man from Gormy (Andrew?) who played guitar on weekends, The Bush Turkeys, the very naughty and prolific Kevin (Bloody) Wilson., even those who just stopped by and played on our honky - tonk piano....the list goes on.

The next group of tapes belong to another previous life - a sort of spiritual quest which predated the tea room – Meditation music, New Age Music, New World Music. Some of these tapes are still very relaxing so I spend several frustrating days converting them to MP3 files, which wasn't very relaxing at all. Now I am up/ back to the sixties and seventies. “Nights in White Satin” (Moody Blues) still sends a shiver down my spine, just like it did then, when the Baby Boomers emerged as a force to be reckoned with. This era is bracketed at one end by “The Beatles,” though we were more into Folk music then, the more irreverent “Stones,” Bob Dylan and “Hair.”

“Hair” the musical which celebrated its 45th Anniversary back in 2009, had a special place in my life for two reasons. Not only did it mark a turning -point in my personal life – it was as if I awoke to a wider world at that moment, it also transformed the society around it. Until then, Australia had particularly narrow forms of censorship, a coy - snicker -behind -the -shelter -shed attitude to the body and sex, no awareness at all about resisting prevailing social pressures, or effecting political change. Until Sir Robert Menzies resigned as Prime Minister in 1966, I didn’t even know that it was possible to have a different one, since he had been there all my life. (I also thought they needed much gravitas and bushy eyebrows like news readers, but that's another story). I will never forget the excitement of that night when we drove from Melbourne to Sydney to see the show with its full frontal nudity, forbidden swear words and all, though it probably wouldn’t raise an eyebrow today.

Now I am down to the too hard category. There is Irish music, a lot of Enya and a bit of Country, Vivaldi, Martin Lass, The Gipsy Kings... Fortunately most of these are available on the internet, so there is no need to copy them. The Dutch Street Organ music isn't. It was given to me by an elderly Dutchman, alas, also no longer among the living, who was delighted that I was personally acquainted with those enormous street organs in Amsterdam. They were said to bring good luck. Though I doubt that I will ever want to listen to “The Chicken Dance” again, I can’t quite bring myself to throw it out either.
Same goes for the Meatloaf tape. Not counting the head of the Farmers' and Graziers' Union, Meat Loaf, aka Michael Lee Aday, was one of the first people I interviewed in Tasmania. He turned out to be a delightfully genuine, unpretentious person with a colossal three - octave range voice. Though ailing now, having collapsed again during a performance in Canada last June, his early work such as "Bat Out of Hell" still has a huge following. I have just read that for the first time in history, old music has been outselling the new, so maybe I should hang onto that one too.  I am now up to the CDs, but at least that technology is still around. Sounds like a good job for those dark winter days.
Take a look at this ABC video "Everything Old is New Again." Looks like I shouldn't be disposing of the vinyl records or those cameras either.

Having read about Music and Memory projects gaining traction here - there are now over twenty in NSW,  and several hundred in the USA, perhaps I could pass my old tapes on to one of our more neglected Aged Care facilities. If you want to get more directly involved in this project, here is the website to find out more.

PS  Big Hi to Captain Matchbox aka Mic Conway of "Wangaratta Wahine" fame (1970s) who responded to my request for information. Good to hear he is still alive and kicking and currently performing at Tamworth (though not as Captain Matchbox). Are the Bush Turkeys or The Chamber Group still playing? They don't seem to be on Facebook.  And Does the Moon still Shine over Cradle Mountain?