Corruption – That other pandemic 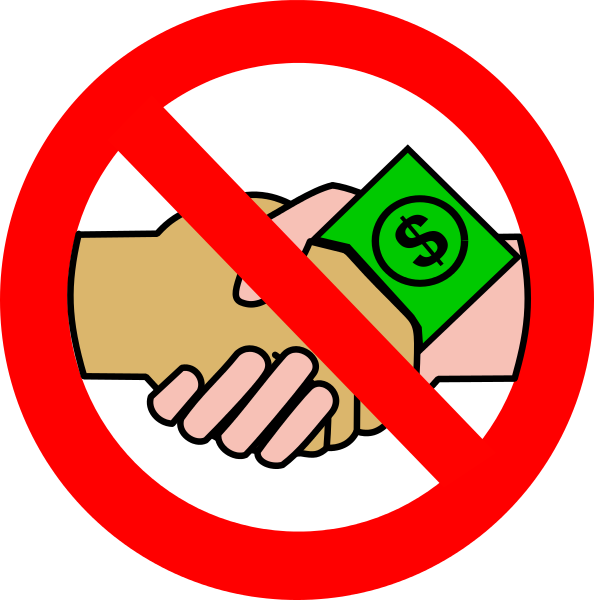 While countries have been preoccupied with Covid 19, another pandemic has been silently stalking the land. Although corruption has always been a problem to varying degrees, the UN believes that the pandemic has allowed far more corruption than usual – in part because of the large flows of money involved and because the need for emergency measures has allowed nefarious activities to flourish with minimal oversight and accountability as to how these funds are disbursed.

What do we mean by corruption?

The UN defines corruption as “the abuse of power or entrusted power for financial gain.” Corruption takes many forms. It’s easy to point to the legendary dictator and Ruler for Life who sold his African nation’s resources to buy himself a mansion in Malibu, or the passport control officer at a popular tourist destination who demands a few dollars extra for letting you pass through unhindered.“Do you have a little money for tea?” is apparently the prelude to a bribe demand in many parts of Asia. South Korea has Chongi, a gift or bribe paid to teachers by parents to ensure that their children get good marks. In other regions you pay officials a little to access government services such as health care or to get the police to attend a crime.

In developed countries corruption tends to be less visible but may involve much larger amounts. Sometimes it’s outright bribery, kickbacks or political donations or the official who takes “a brown paper bag” of money to turn a blind eye to health or safety violations or who allows a development to go ahead, knowing that the consequences will be damaging to the environment. Perhaps it’s about awarding lucrative contracts or jobs to your mates in exchange for personal favours or taking shares in a company you know will prosper as a result of a forthcoming policy. In short, it’s any use of an official position to advance one’s own.  Closely related are tax avoidance and the diversion of money to off -shore tax havens so that wealth intended to benefit the whole of society benefits only a few individuals.

Sad to say, Australia is among the countries which has done badly over the last couple of years, slipping to 11th place on the Global Transparency Index well behind Norway, New Zealand and Switzerland. This is no surprise as much legislation has been passed by an appointed committee of business people without parliamentary scrutiny. Even when parliament has met, debate has been gagged, Freedom of Information has been restricted, whistleblowers have been gaoled and the press which normally acts as a brake on parliamentary excess has been hobbled by a partisan commercial press and lack of funds for the public broadcaster as well as the Auditor General’s Department. Some groups aligned with the party in power have been substantially enriched at the expense of others – see for example what has happened with respect to post bushfire recovery or other grants which were also handed out in a very partisan way without regard for departmental recommendations or on the basis of need.

Several other countries including Mexico, Brazil, Canada and the Philippines have also restricted the right to Freedom of Information during the pandemic and at least two Indonesian officials have been charged with bribery offences relating to Covid 19 Aid.

As Transparency International* points out, “Corruption erodes trust, weakens democracy, hampers economic development, increases inequality, poverty, social division and the environmental crisis.” It also damages a country’s international reputation and makes investors less likely to invest. The IMF estimates that for every one unit fall on the Global Transparency Index, per Capita foreign investment falls by 11%.

Despite the pandemic some countries such as New Zealand and Denmark have been able to lift their rankings to reach equal first in 2020 as the least corrupt countries, so the pandemic is no excuse. Interestingly, during the Trump era, the USA slipped 8 ranks to #23 since 2017 which has no doubt contributed to the general level of unrest and dissatisfaction directed at the Capital. We hope for a speedy recovery under President Joe Biden who at least hasn't put his family members into positions of power.

*Transparency International is a think tank which was started in Germany in 1993. It tracks the performance of 180 countries based on a variety of measures such as bribery in the public sector, diversion of public funds, effective procurement, adequacy of legal frameworks, access to information and legal protection for journalists, whistleblowers and investigators.

How the rankings are calculated

Unfortunately these rankings do not include tax fraud or illicit flows of money. Anyone who is in any doubt about the extent of this problem should take a look at the Panama Papers or the Paradise Papers to get an idea of how much leakage there is out of national economies, though these are likely to be just the tip of the iceberg.The IMF estimates that around $1.5. to $ 2 Trillion dollars are lost from global economies in this manner and this can have a significant impact on GDP, even bankrupting small economies as well as deterring investors.  See the following video which explains this more fully.

The Cost of Corruption


What can we do about it?

In the first instance, if you become aware of any form of corruption, you should contact Transparency International which has 100 offices in 60 countries which provide free and confidential legal advice and also do campaigning and investigations. It also has a number of Toolkits for use by schools, business, the media and others to encourage responsive and accountable government. We will talk more about this broader global push to end corruption next time.

Email Post
Labels: Corruption What it is what to do Why it Matters