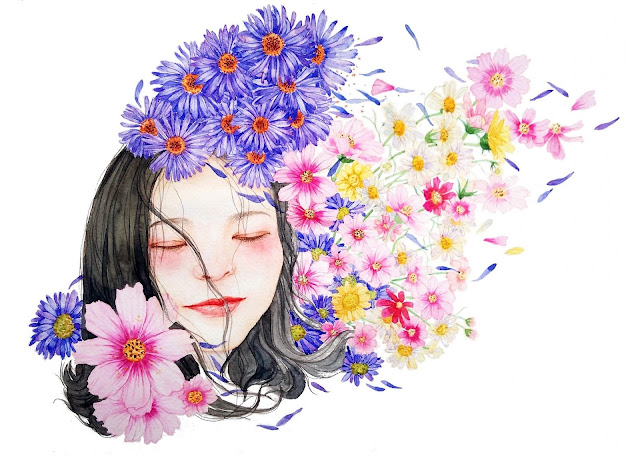 Image by jiao tang from Pixabay

To get away from the depressing subject of global corruption, I went to a fabulous fundraiser yesterday. It was a burlesque workshop with boas and bubbles and a lot of really fun women. There was however a serious side to it.

The workshop was hosted by SHE which stands for Support, Hope and Education. This group informs people about Gynaecological Cancer and provides help and support to women with Ovarian Cancer. As it also happens to be Ovarian Cancer week, we’ll talk a bit about it here.

Ovarian Cancer is the seventh and eighth most common cancer in women (it varies by location) and is among the most under -diagnosed and deadly. Unlike Breast Cancer and Cervical Cancer, there is as yet no screening test in the early stages of the disease and in the later stages the prognosis is not very good.  At present more developed countries have the highest rates. The USA for example has around 21,000 diagnosed cases and 14,000 deaths a year. The EU recorded around 300,000 new cases annually with 200,000 deaths in 2012, with Central and Eastern Europe faring the worst. Closer to home, Australia has an average of four diagnoses and three deaths per day, yet India , China, Western Africa and Micronesia recorded much lower rates. A word of caution here though. Given the difficulty of detection, low numbers in less developed countries may reflect lack of data and lack of diagnostic facilities and resources. However, westernised lifestyles do appear to be strongly implicated.

Risk factors for Ovarian Cancer include having a family history of breast, bowel or ovarian cancer, having had breast cancer, being over 50, having endometriosis, having no children or having children late in life, using HRT, smoking and obesity or having genetic mutations in the BRCA1 or BRCA2 genes.

Ovarian Cancer is largely asymptomatic in the early stages and the symptoms are easily mistaken for a number of other conditions. Typical symptoms include – appetite loss, feeling tired for no good reason, unexplained weight loss or gain,  feeling full after eating only a small amount, indigestion, bloating, pressure or abdominal pain in the abdomen or pelvic region, a need to urinate often or urgently, changed bowel habits, post -menopausal bleeding or irregular periods. I know that sounds like most of us at some time or other, but if any or all of these symptoms last more than three weeks, you should see your doctor. Early detection is vital.

What our local SHE branch is doing?

Seeking qualified medical help for gynaecological problems isn’t so easy in Tasmania. There is only one specialist for the entire state so patients must come from distant places for diagnosis and treatment. One of the aims of the Tasmanian branch of SHE is to establish a Wellness sanctuary for women and their carers to rest and recover from medical treatment. It hopes to include workshops, yoga and chat groups as well as being able to refer patients and carers to services such as nutritionists, physios and psychologists.

For further information and support:

In the USA: The Kansas University Cancer Centre

In the UK:  The Eve Appeal

Stoppress: 17/2/2021 There could be some good news on on the way. Heard a snippet on the financial news that there may soon be an early diagnostic test for Ovarian Cancer.