4 . The Future of Science 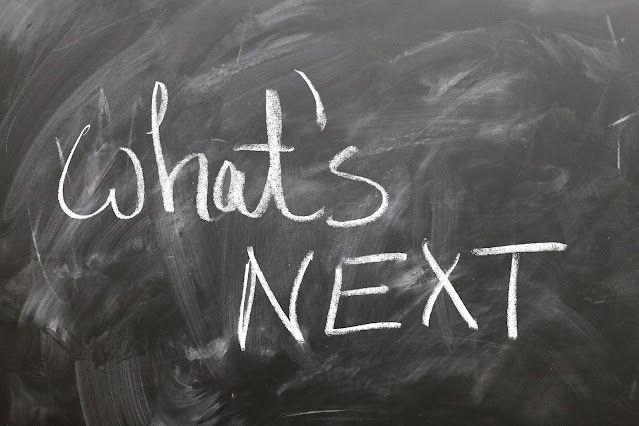 -Image by Gerd Altmann from Pixabay

He is a respected neuroscientist, engineer, entrepreneur and philanthropist, and was the Chancellor of Monash University from 2008 to 2015 and President of the Australian Academy of Technological Science and Engineering (ATSE).

He also established Axon Instruments, a supplier of electronic and robotic instruments and software for use in cellular neuroscience, genomics and drug discovery.

The Conversation asked Dr Finkel about his views on topics ranging from “techno-optimism” to renewable energy to encouraging young people to pursue careers in science, technology, engineering and mathematics (STEM).

Q1. You have a background in engineering, and you’ve said that you approach the world with a particular mindset. So what is the mindset of an engineer?

The mindset of an engineer is fundamentally based on an optimism that things can be done better than they have been done in the past. And a level of confidence that I, as an engineer, can contribute to designing better solutions to meet the needs of individuals or society who might benefit from the products that I can contribute.

So I think, to be an engineer, one has to have a belief in one’s own ability to create new and better products and solutions for society.

That’s the beginning of the mindset. Once one gets into the professional practice of engineering, then I think the engineering process is one that can be used in non-engineering aspects of life as well.

As an engineer, my method has been to approach problem solving by first identifying the problem. That sounds like a trite comment, but it’s extremely important, because if you don’t identify the right problem you spend your time doing something irrelevant.

Then the fun stuff begins with the third step, which is developing a prototype. You take what you know from your analysis of the problem and see if you can come up with a quick and dirty solution that addresses as much of the problem as you would hope.

The final step is to deliver the solution. Just finishing it and not actually carrying it over the fence into the community means that the effort you have put in is completely wasted.

And what I have found in life is that it applies to many things. If you’re going to set up a new business, you really have to go through the same kind of multi-step process.

So I find that engineering approach to be useful in most things that I have to apply myself to on a day to day basis.

Q2. You have also described yourself as a “techno-optimist”. Can you tell us what that means?

So I am optimistic that we can continue to drive forward progress that will deliver ever better prosperity for us.

Well, we are not going to stop the problem of carbon emissions by eliminating energy. Energy is the most important thing that enables us to run and preserve our societies.

So we have to develop new technology that will enable us to have the energy we actually need without the side-effect of carbon dioxide emissions. So that’s where the “techno” part of techno-optimist comes into it.

Q3. Many people have also raised the prospect of automation taking up a lot of jobs. Are you concerned about automation and unemployment?

I am absolutely concerned but I have confidence that the problem of permanent structural unemployment might never eventuate.

As they say, prediction is very difficult especially if it’s about the future. So trying to guess what is going to happen is hard.

If you go back to historical precedents, this kind of concern about the impact of automation on jobs and automation causing permanent loss of jobs has been around for 250 years.

John Maynard Keynes back in the 1930s wrote about the impact of automation on jobs, and his concern that there could be a permanent impact. But then he qualified it by saying that human innovation is likely to create new jobs to replace those jobs that are lost.

In the 1960s [US] president Lyndon Johnson was so concerned about permanent loss of jobs that he convened a special national commission to look into what to do. In the three years that commission was meeting, the economy recovered, employment improved and they just disbanded the commission.

Come to more present dates, a couple of MIT economists, Erik Brynjolfsson and Andrew McAfee, published a book in 2011 where they analysed productivity and jobs growth and saw a difference in the pattern of linkage between productivity increase and jobs growth, and concluded that we were entering an age of permanent increasing unemployment driven by automation.

At the time they made that prediction, unemployment in America was 9%. Now it’s down to 5.5%. So in the last five years since they made their prediction they’ve been completely wrong.

Why? Because new jobs are created. Things happen that you haven’t thought about.

If you look at the predictions that people make about jobs over the next 15 or 20 years, one of the common ones that has come out of a number of studies from Oxford University, from PwC, from CEDA and NICTA in Australia tend to all come to the same conclusion: that over the next 15 to 20 years 40% of the jobs we have today will disappear.

But none say we will have a 40% increase in unemployment. What they say is that there will be many new jobs created, and 75% of those new jobs that are created as it happens, they predict, will require science and technology and mathematics skills.

As a nation we have to do what we can to make sure there will be new jobs, and the way you do that is by constantly innovating – taking the new ideas that have been generated and turning them into opportunities.

Q4. You have long been a proponent of renewable energy. Can you paint a picture of what a renewable energy mix might look like in the next decade or so. Particularly one that can begin to cater for baseload power.

What we’ve got in hydro is unlikely to change in the next 20 or 30 years, so the growth potential is in solar and wind. But despite ten years of pretty active development, they only represent a very small percentage of our electricity, and electricity itself only represents around a quarter of our total energy usage.

So in terms of our carbon dioxide emissions to date, solar and wind are helping, but it’s not substantial. So where is the opportunity going forward?

It’s to build a lot more solar and a lot more wind. That means we then have to solve the problem of intermittency, and that is difficult.

There is a lot of optimism, which I share, about the potential for lithium-ion batteries to be made in massive quantities. While a number of companies have committed to doing that, the one that’s getting the most visibility is Tesla, which is building a “giga-factory” to pump out millions of substantial domestic battery storage units per year.

Another way of storing the electricity from the intermittent solar and wind sources for conversion back into electricity is to use hydrogen. Hydrogen is very attractive because it’s a clean process, it’s relatively simple, it’s easily stored and it’s transportable.

Once you have gone through that process of regenerating the electricity you only get about 35% back with today’s best technologies. So that means about two thirds has been lost. So there is a lot of technology development that needs to be undertaken to make hydrogen extremely attractive.

Q5. Do you think nuclear should be a part of Australia’s energy mix at some point in the future?

I think that it should be considered.

I’m not an actual advocate of building nuclear electricity, which some people have said that I am. I am somebody who feels we should have an open debate about its potential to contribute.

Whether that contribution is ten or 20 years from now is part of the debate. But at the moment, electricity demand in Australia is somewhat flat and so we don’t have any immediate shortages. But if growth is strong and if we are determined to approach a zero emissions supply as part of our commitment to meeting the Paris accord, then we have to use zero emissions technologies.

I don’t think it’s practical to say “choose a technology” rather than “choose an ambition”. The ambition should be zero emission technology, and within that there are many technologies. The high capacity ones are solar, wind, hydro and nuclear. Other ones that get talked about often, such as waves and tidal, have not proved to be practical.

So the ones you can choose from that can deliver large quantities of zero emissions electricity are solar and wind with storage, hydro and nuclear. But whether or not we should build nuclear depends not only on whether the technology can deliver zero emissions electricity, but also on the economics and the societal acceptance. Ultimately that is very much a decision for politicians.

Q6. You spoke about the importance of STEM and STEM workers to the future prosperity of Australia. What would you say to a young person who is considering their career prospects, and how would you encourage them to pursue a career in STEM?

I would first want to encourage their interest in STEM, beyond just the career aspect.

One of the things I’ve been very committed to in the last ten years is developing a variety of programs that build on the concept of the relevance of science in our society to get the kids interested and then teach them the fundamentals of physics and chemistry and maths that they need.

For kids who are actually interested in doing science, technology, engineering or mathematics, I would say go for it because there are increasing prospects of jobs over coming decades in STEM careers.

One thing they absolutely have to keep in mind is that it’s highly unlikely over the next 40 years of their working career they will be staying in one job, or two jobs or three jobs.

By doing a science or engineering degree, they are going to learn a way of thinking and understanding of the world around them that I think will serve them very well, whether they go into science or business or politics or the public service, so they should follow their interests.

Q7. How do you see the role of the Chief Scientist and what would success look like, in that role?

My primary role is to advise the Prime Minister and the Minister for Industry, Innovation and Science, and other Ministers where relevant, on issues related to science in our society and where the opportunities are.

But the role is more than just science, because just doing the research and producing research outcomes without actually taking advantage of those outcomes is short sighted.

An ever increasing part of the role of the Chief Scientist is to give consideration to the innovation process that will help us as a society, take those research outcomes and turn them into proven technologies that can be delivered to the marketplace for either societal benefits or commercial benefits.

It’s not that everything we do in the science and technology fields has to turn into a commercial benefit. Many times the end user will be a government department or it might be something that has been developed for an improved process for hospitals, but we have to reap the benefit through innovation of the work that we have put into doing first class science.

This article is republished from The Conversation under a Creative Commons license. Read the original article.