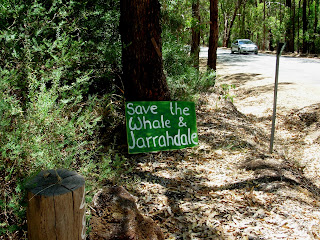 Jarrahdale - endangered species?
Perth has the strangest development pattern. Leave the city and the coast, and settlements become very small and scattered with very little connection between them. Despite being the largest state and covering one third of the Australia, the total population of 2,010,113 (in 2006) is less than the city of Melbourne and 80% of it lives in Perth [http://www.australianexplorer.com/western_australia.htm.] It is almost as if Western Australia gave up building towns and settlements after 1870, once the good agricultural land had been exploited and the gold rushes began. The gold rushes brought twice as many people to Australia in 1852 as the convict system had and by the 1870's the population had quadrupled. Although no more convicts were brought into WA after 1868, those that were already there, continued to serve out their sentences and were responsible for the construction of many fine buildings and public works. 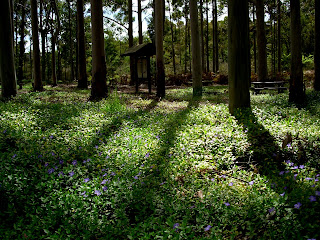 This peaceful clearing in the woods is all that remains of Hoffman's Mill which once employed and housed hundreds of people and even had its own school
Townships typically developed around a particular natural advantage such as good land, the port or a river and were subsequently sustained by the building of railways, roads and the pipeline to service an export industry which supplied the motherland with raw materials. Although this pattern was common in the initial stages of other states and most former colonies, most other states developed secondary industries after a time, leading to self sustaining communities. Here it seems that this phase did not eventuate and once the resource was depleted people simply moved on to the next. Although Western Australia has now moved on to the tertiary phase of tourism and services, those places which were not within easy reach of the motoring public were subsequently abandoned, once the resource expired. Places such as Mountain Quarry and Strathham's Quarry near Darlington, or Hoffman's Mill, further afield, are typical examples of places which once employed hundred of people but of which nothing remains except a few odd clearings. 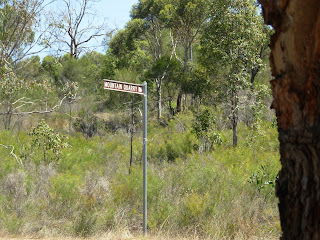 Most places aren't as pretty as Hoffman's Mill and it's hard to imagine them once being filled with people. The stone for Fremantle Harbour came from here 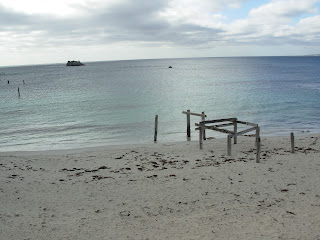 All that remains of a giant wharf built at Hamelin Bay in the South West to ship timber to pave London streets. This area has also now found new life as a tourist destination.
Jarrahdale - see it while you can


Jarrahdale, (about an hour South East of Perth, although a shadow of its former self, when it boasted brick factories, a railway and several sawmills, is still hanging on by the skin of its teeth.

Ironically, although it was the timber industry which gave it life in 1872, it may well be its undoing. Traditional methods of harvesting were slow and selective and did not disturb the entire forest canopy as modern clear -felling does. Nor does modern logging and milling employ many people. Jarrahdale's fledgling tourist industry may not survive if timber company Gunns succeeds in getting access to its forests. At present the town has a fine collection of  cute timber cottages, a couple of interesting shops, an Irish pub with a real Irish publican and some pleasant walks and is one of the few green spots left close to Perth. Better see its forests while you can and help the locals to "Keep the Jarrah in Jarrahdale." 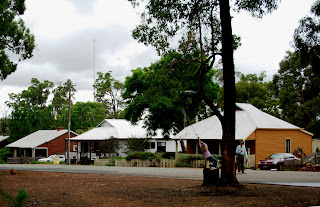 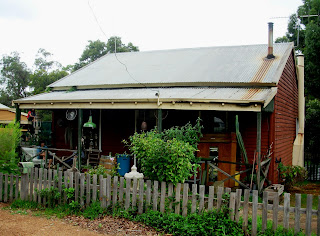 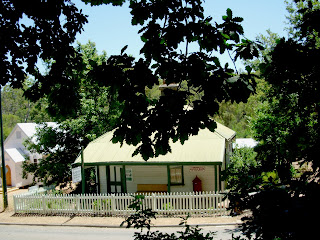 The little Post Office, now a museum, was closed the first time I called 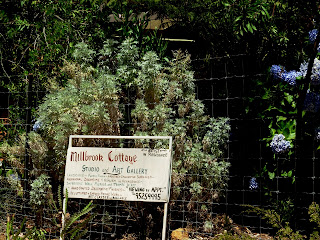 Be sure to go right into the town because it straggles along for quite a while and there are lots of little houses in its back streets. And don't go on a weekday!

The first time I called, my view was a bit jaundiced as the outskirts are a bit chatty and when I arrived in the town centre, it seemed that almost everything was either closed or by appointment only, including the machinery museum, the gallery and tea room, the Post Office Historical display and the Millbrook Vineyard and Restaurant. It was too early for the pub and the only place that was open, featuring a big teapot, turned out to be selling teapots, not food or drink, though its wares were beautifully laid out.
This time I ventured a bit further and lo and behold, not only is there a seven days a week tea room and general store at the far end of town– wonder why the other lady didn’t mention it when I asked – (you do get that in small towns), but some extremely charming wooden cottages. 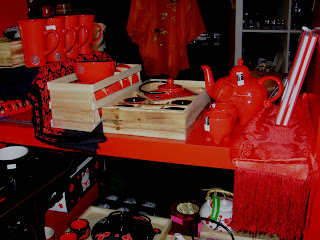 The place that says Teas, doesn't sell much in the way of refreshments, but has lovely accessories 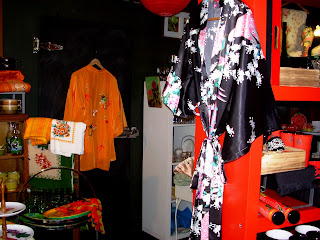 Loved the splashes of colour in here and the display, so you get two pictures! 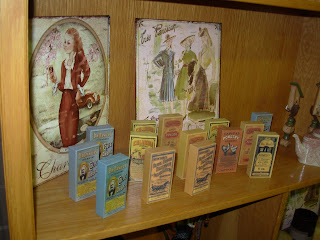 The tearoom on the other end of town, on the other hand, serves a lot more in the way of refreshments, but also has a few items for sale. 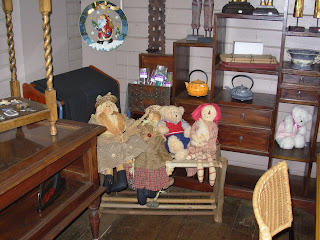 And a nice display! 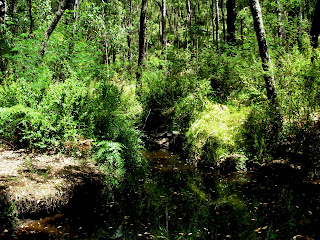 Walking Trail near the Cemetery, Jarrahdale 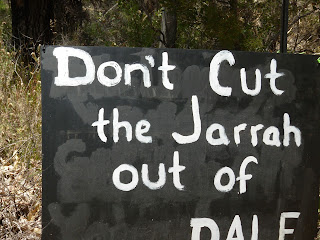 Oops! Looks like  I have cut the Dale out


The closing frontier
Tourism may seen ephemeral, but at the end of the day, people need something a bit more sustainable than holes in the ground and tree plantations that take twenty years to grow and support nothing else. This incidently, is the same company with which we have had issues in Tasmania. Go Jarrahdale!
Serpentine Dam and Falls
Just a little further South, via a windy scenic route past the Serpentine Dam, are the Serpentine Falls. Like any body of water in Western Australia, they are regarded almost as sacred ground and have been nicely landscaped. There is a small entrance fee if you come with a vehicle, but it's worth it, even just for the shade trees and picnic facilities. The wildflowers were lovely here when I came through and the wildlife - mostly kanagroos and birds, was really tame. 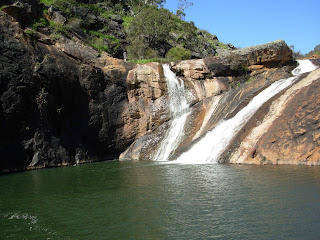 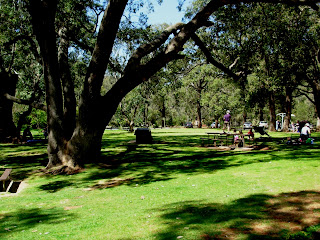 Worth it for the Shade Trees, Picnic Facilities and very tame Wildlife


Going further South, there is Pinjarra, one of the oldest settlements in Western Australia, having been started in 1830, the year after settlers first arrived at Swan River. Resistance by Aboriginal people was strongest here and they retaliated by spearing the odd cow and the occasional white person. This prompted the Governor at Swan River to send in troops with the result that between 14 and 40 aborigines were killed. The “Battle of Pinjarra” as it was called was the only major skirmish with the indigenous population and is commemorated in a very small memorial. 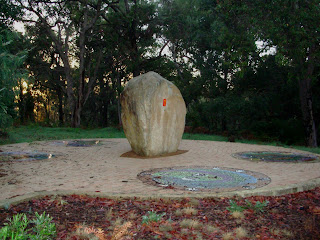 This stone commemorates "The Battle of Pinjarra, 1930, the only serious skirmish with indigenous people 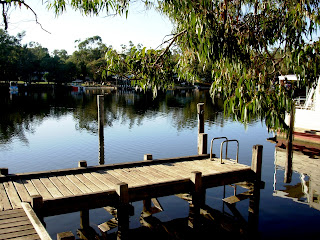 The peaceful Murray River which first brought settlers to the area in the 1830's
In this area too, is the Fairbridge Farm School begun in 1912, one of those noble experiments, like taking aboriginal children from their parents to raise them as whites. In this case Kingsley Fairbridge hoped that by taking orphans and poor children from the crowded streets of Britain, he would not only remove them from the clutches of grinding poverty, but would make them strong and healthy and provide them with the skills needed to build the colonies. While there does not seem to be the taint of child abuse associated with similar establishments on the eastern seaboard and the cottages are very quaint – today they are holiday cottages and Fairbridge hosts conferences and children’s adventure camps and the place apparently does noble things for disadvantaged youth through its Foundation, I still feel as if the place is haunted by the ghosts of children wrenched from their families and familiar surroundings and transported to a very strange land far over the sea. 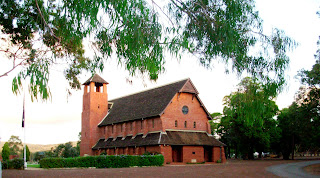 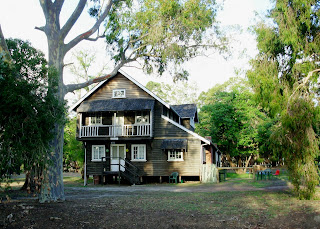 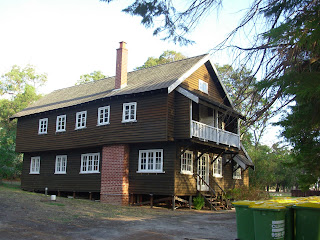 Two of the Cottages at Fairbridge - they had enobling names like Shakespeare
Speaking of immigration, there‘s a memorial  a bit further South at Harvey – quite a nice area, with other charms such as it’s cheese factory, The Big Cow, and the house where May Gibbs, the author of the children’s classic about the Gumnut Babies, “Snugglepot and Cuddlepie” once lived, set in very pretty gardens along the river. There is also a tourist information office here but I discovered all this by accident when I followed an intriguing path under the bridge along the river. 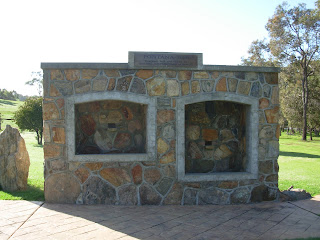 This memorial near Harvey is for migrants who were interned during World War II - about 1,000 Germans and Italians. A nice little chapel has been built here too 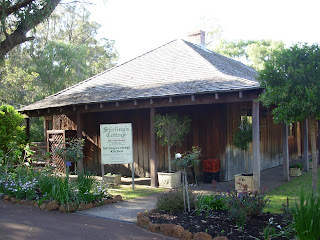 Governor Stirling's House at Harvey, where children's author, May Gibbs lived for a time as a child 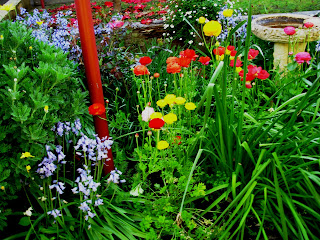 Nice gardens!
Marlborough Country
Going North, there’s a scenic Route from Jarrahdale to Byford where it’s easy to get onto the Tonkin Highway back to Perth. Byford is  a horsy, bootscootin’ sort of place where they still have a rodeo, people wear big  hats and drive big red utes.  (Gidgegannup on the way to Toodyay, is a bit like that too – with Motocross Races, Paintball and Line Dancing Championships advertised proudly on the highway). Unfortunately, the suburbs have started to encroach on Byford, so for better or for worse, it won’t stay that way much longer. 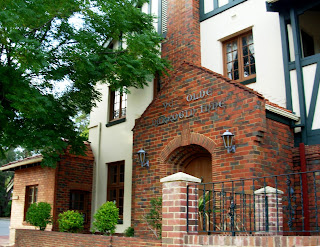 First Pub in Western Australia - the Narrogin Hotel on the road to Albany dates from 1853
It didn't always look as grand as this though!
Heritage Country
Eventually, you come to Armadale, another early settlement and only an hour out of Perth along the Albany Highway, one of the first roads built by the convicts in 1853. It also has one of the first pubs, the Tudor -style Narrogin, though it was originally of wattle and daub. This is pleasant, undulating country with orchards and fine English- style trees. It even has an Elizabethan village and a Pioneer Village which contains an interesting collection of small shops. Nearby is the Araluen Botanical Park, full of roses and both Native and European plants. Roses were first brought to the colony by the same man who brought the grapes (Sorry, I don’t have the notebook here where I wrote down his name), but they do seem to do extremely well here and they must have been such a relief to the settlers in this alien land, so far from Ye Olde England. 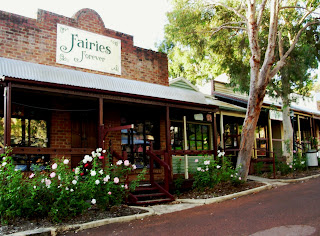 This pioneer village next door to the Narrogin Inn
was originally created as a theme park about eight years ago but didn't do very well, so these days it is used as offices and small independent shops. 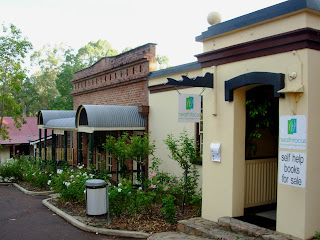 Another little street of shops. In amongst them there's an organic food store that sells real bread, another that sells Dutch specialties, a school and cinema.
Alas, Kelmscott and Gosnells, much closer to Perth, and also early settlements, have almost been swallowed by roads, suburbs and commercial development, but in between you do get glimpses of fine old buildings, though they may be tyre outlets or take away shops.