Southland 1– Far from the madding crowd


If you aren’t fond of crowds, then Southland is the place for you.  On the whole it is a much more relaxing experience, but alas, I am still rushing.  I’m tired after the Doubtful Sound trip, but have booked into Invercargill tonight and now there's no choice. Not many photos of this section, but bear with me, it gets better.

Scenically, the landscape east of the Sounds could be anywhere in Tasmania. It’s gentler, more rustic and greener than Fiordland and although Southland also lies on the Alpine Fault, it has been shaped more by rifting, lifting and buckling, rather than ice, in the same way Southern Tasmania was, as it tore away from Antarctica. Moderated by the Pacific, the temperature is milder too, though along the coast, the hillocky headlands are savaged by the harsh winds and waves of the Southern Ocean.  The beaches in between teem with wildlife and there are waterfalls hidden in the folds of the hinterland behind them. Sheep, cattle and deer farms dot the hills, even tulips, such as we have in the North West. Although there are now fewer sheep - only about 10 per person, rather than 20 as in 1982, and beef cattle are taking over, there are still plenty of sheep in Southland. At Nightcaps  (loved the name, just had to look it up) there was coal mining from 1880 to 1920, rather like places along the coast in Tasmania – think Margate, Strathblane or Ida Bay, and along with one or two sawmills, there’s at least one abandoned butter factory, another familiar sight.

As I drive I think about what I’ve seen that day and how the similarities run deeper than geography. While New Zealand was fighting for Lake Manapouri, Tasmania was having its own battle over Lake Pedder, and for the same reason. We needed cheap power to attract industry and to create employment, the only difference being that Tasmania’s Save Lake Pedder group lost.  Lake Pedder was flooded in 1972, but it galvanised environmental concern and laid the foundation for the world’s first Green Party. In the next battle – for the Franklin River in 1983, the Greens and the environment won. Not that people don't look back fondly and still want to restore Lake Pedder.

One place I particularly wanted  to visit on the way down, even though it was late, were the Clifden Caves, a karst area said to have glow worms.There’s no one around when I get there, but someone has thoughtfully left some hard hats.  There are three sections of tunnels here and they require different levels of skill.  There’s also a sign saying don’t do it alone and don't do it before, after or during rain because of the risk of flooding. That makes me nervous. I don’t know if it’s been raining here or not. It certainly was at the Sounds and all the way down on the previous days. Though I’m apprehensive, I take my cap lamp and a spare torch, thinking I’ll just go in a little way and have a look. 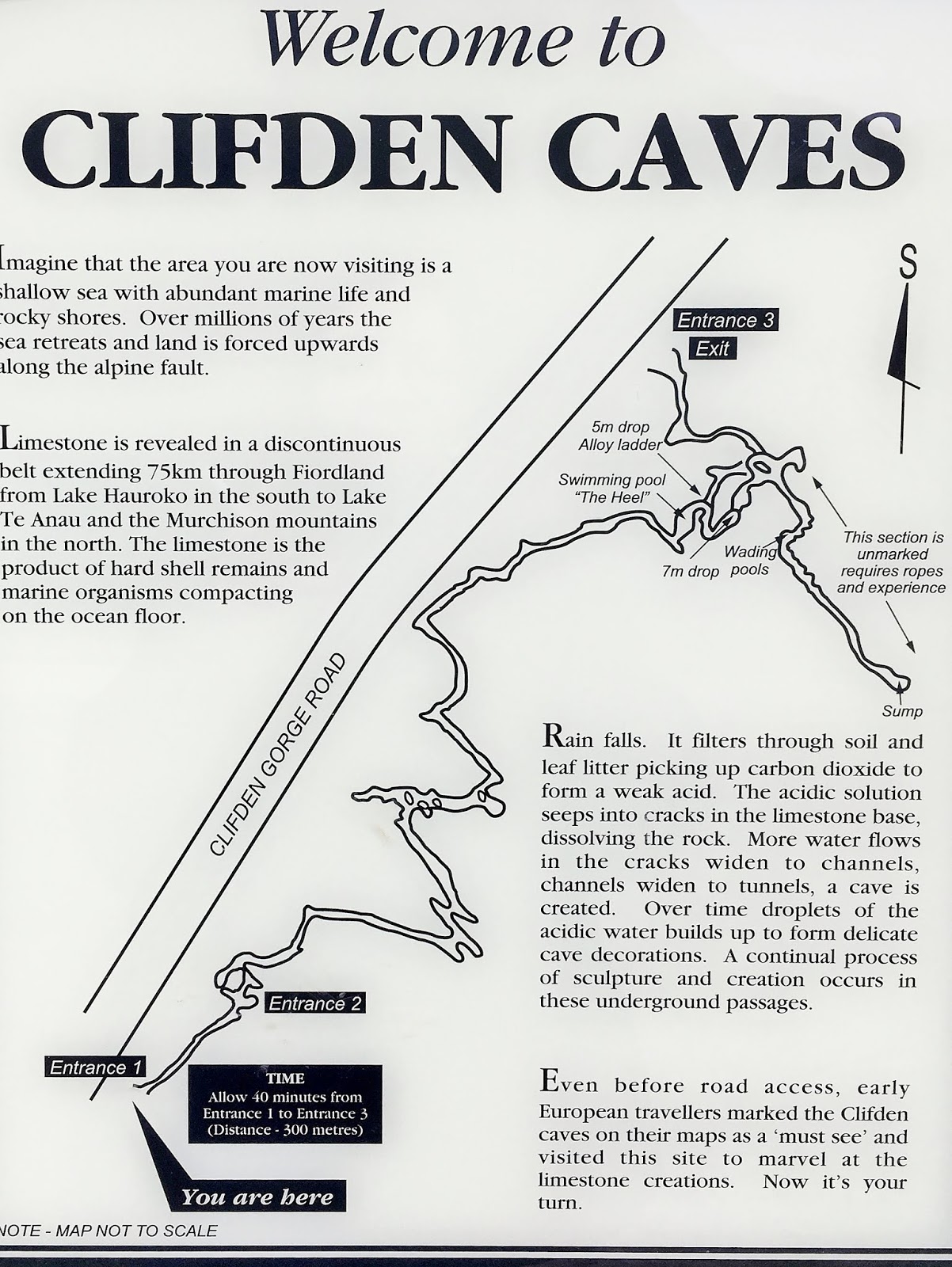 Twenty metres in my way is blocked by a large and desperate sheep. It is stuck in a hole and bleats beseechingly. I try to get it out by grasping it under its forelegs and tugging, but can’t budge it an inch. As I go back out to get help, glow worms twinkle above my head. I can't stop, but at least I've finally seen some. Back on the road, I ask a man who pulls up in a Ute for help, but he shakes his head. He’s not from here, doesn’t know who owns the sheep, and no, he can’t stop to help. I search in vain for some kind of habitation and then drive back to where I had seen some buildings. The first is a sawmill and it’s closed, but I have better luck at the second one. At least there’s someone home. This man reluctantly promises to do something about the sheep. I’m not entirely convinced, but now I am very late. I  bolt out the door hoping that Shrek of the Southlands gets home safely and won't end up on someone’s plate. I am now covered in fluff and smell a lot like a sheep. 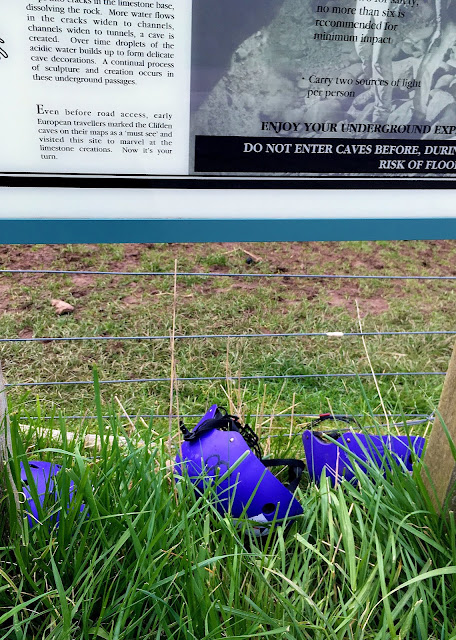 I like the hostel when I eventually get there, not the least because my bed hasn’t been given away. It's in a stately Victorian mansion - a former nursing home, and has high ceilings, leadlight windows and lovely china. Magnolias are in bloom in the garden. It's called Southern Comfort. The only thing  missing is the mint julep, but the showers are heavenly.