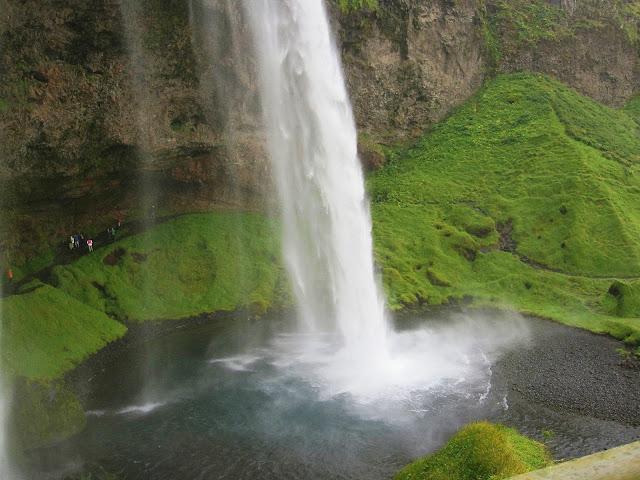 Yes, you could buy a low flow shower -head and only shower once a week and thus reduce your personal consumption, but while the latter may encourage social distancing, it will barely make a dent in water consumption while populations continue to grow and become increasingly urbanised. This is particularly so if wealth and expectations keep rising and people start wanting swimming pools, green playing fields and golf courses and an ever increasing range of appliances such as washing machines dishwashers and air conditioners, which not only consume vast amounts of water themselves in manufacture and use, but demand electricity consumption as well. Power demand will in turn require water impoundments in the case of hydro -electric schemes or water consumption in the form of cooling towers for nuclear power stations or settling ponds and the like in case of coal fired ones, not to mention water consumed in related mining.

Protecting Water Sources and Watercourses
To even hope to meet future water needs, we must first of all protect our watersheds and wetlands to ensure maximum water retention and protection from pollution. In developed countries this usually means that there are stringent planning controls and environmental regulations to prevent building or industrial development occurring within catchments or upriver. While walking and some recreational pursuits such as fishing are allowed, tree cover is left to filter the water.
Harnessing Flood Waters

Secondly, we must attempt to capture more of our flood waters, especially as hundred -year floods become more frequent and costly. While tree planting and the creation of artificial wetlands will slow flood waters down and allow more water to be absorbed by soils, cities can do much more. “Green roofs” which are popular in Hong Kong, not only absorb 60 -100% of run –off, but improve air quality, cool the city, provide fresh produce and add beauty to the densely settled city.  The City of Utrecht, previously mentioned in connection with its bee -friendly bus shelters, is now planning to do the same thing with its roofs and they have been catching on all over the world.

Thirdly, we must prevent pollutants reaching our waterways. Once upon a time when urban populations were much smaller, “dilution was the solution to pollution” and all waste, particularly human waste was simply dumped into rivers.  As populations have grown, this is no longer acceptable. Not only does eutrophication result, making it toxic to fish and other aquatic life, livestock and humans, but there is the risk of disease resulting from an excess of pathogens and parasites. When polluted rivers reach the sea, they create vast dead zones where marine life can no longer flourish and livelihoods from fishing, fish farming and oyster production are lost.  Seepage from latrines and septic tanks can also find its way into rivers and ground water to create similar health problems.

Despite the UN working very hard over several decades to provide water and sanitation to the world’s poorest people and 60% of the world's population now being connected to some type of sewage system, 80 – 95% of the population still does not have secondary sewerage treatment and this is estimated to be responsible for around 800,000 deaths  a year.  Death and disease from industrial sources can likewise come via surface or ground water and should be segregated by impervious barriers if it is not possible to decontaminate them.  Recycling and sewerage works can have many positive benefits which I’ll write about more fully in a later chapter.  In the absence of such facilities, the next best thing is to use wetlands – natural or manmade, or mangroves to filter the water before it reaches lakes or rivers. New Zealand, which had a major problem with rapid deterioration of its rivers after it switched to more dairy farming rather than sheep grazing - more abstraction, more effluent and then more algal blooms, has now created depots along the highway for the dumping of livestock effluent which is then presumably reprocessed or returned to the soil, rather than being allowed to flow into rivers unchecked.

Lastly, we must ensure that as little water as possible evaporates. Large bodies of water such as hydro -electric schemes lose a good proportion of their contents to evaporation. Smaller, deeper dams help to avoid this as does covering them in some way.  With help from the Italian Agency for Co -operation and Development, Egypt has managed to achieve a double win for the environment by installing solar panels over its irrigation channels, thereby reducing evaporation while generating low cost renewable electricity to operate the pumps needed to pump water to the surface.  Of course it goes without saying that irrigation channels and pipes must be maintained in good repair to prevent leakages from that source.

More on water and agriculture shortly....