Reflections on World Water Day 1– Why it matters 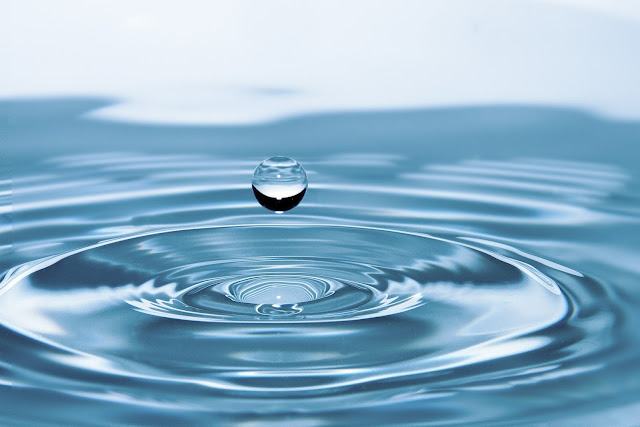 Apparently it was the best Earth Hour ever. With so many countries in lockdown, there was little traffic, little air travel and less industry so that emissions went down, even Los Angeles had clear skies for the first time since the 1950s and the canals of a tourist -free Venice were clean. Unfortunately, World Water Day on March 22nd became another casualty of Coronavirus with many events being cancelled or deferred, but that doesn’t mean we shouldn’t give it some thought.  It’s hard to tell people to wash their hands when three billion people around the world don’t have the facilities at home to do that, let alone bathe, cook, feed livestock or grow vegetables, and not counting water needed for industry, mining or power generation.

This year’s theme is water and climate change. Eighteen out 22 countries already fall below the water poverty line and experience water stress for at least one month of the year. While we might immediately think of the Middle East, India, Africa and Central Asia, it may come as a surprise to learn that European countries such as Belgium are included in this category with places such as France, Greece, Spain and Portugal, not far behind. Malta and Cypress already rely on recycled water for 90% of their water needs and many regions including the USA, Brazil, Chile, Russia and Australia have periods of water stress which don't show up in annual rainfall averages because they are disguised by periods of high rainfall.

As well as quantity, the quality of much of the world’s water is also deteriorating with around one third of the world’s rivers, particularly in Asia, Africa and South America being severely contaminated, along with many of the world's ground water sources. Intermittent and more severe flooding makes matters worse by flushing pollutants, sewerage, industrial waste and agricultural run -off into waterways. Over -extraction from aquifers also results in seawater intrusion, making them unsuitable for human consumption or agriculture.

As the world warms and weather patterns become increasingly erratic, this can only get worse. We have already seen some of the effects. In Australia longer and more severe drought has meant towns having to truck in water, summer water restrictions in cities and huge fish kills in the Murray – Darling Basin. As river flows diminish, they concentrate pollutants such as fertiliser run -off from farms, leading to toxic algal blooms and eutrophication (fish and other things dying because of rotting vegetation and lack of oxygen in the water). In Syria, prolonged drought between 2007 and 2010, drove people to the cities and contributed to rising food prices. These in turn prompted civil unrest and mass migration. As glaciers which provide water to the major rivers of India and China shrink and warmer temperatures, droughts and erratic weather continue to wreak havoc, how can we ensure water security in future?

There are three major, not mutually exclusive ways forward. The first is to conserve the fresh water resources at our disposal. The second is to rethink how we presently use water in agriculture and industry and the third is to make better use of what we now call waste water.  I will discuss each of these briefly on the ensuing pages.
[I'm trying to keep these posts short so they’ll be easier to read on mobile phones]
Email Post
Labels: Ensuring Future Water Security Water and Climate Change World Water Day