Ariah Park - "The Town of Wowsers, Bowsers and Peppercorn Trees" 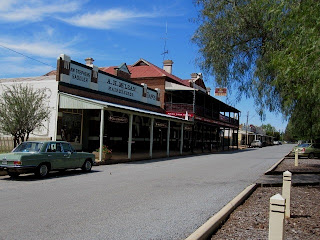 Main Street, Ariah Park
This little town not far past Griffiths had a sign on the road that said:  “The Town of Wowsers, Bowsers and Peppercorn Trees.” I simply had to check this out. I found it so positive and inspiring amid general gloom and doom, that I am giving it its own little page.


Ariah Park turned out to be a quaint little 1920s farming village which used to have all the right accoutrements – blacksmith, saddler, service stations, a Newspaper Office and a pub of course, and a lovely avenue of peppercorns down the main street.  Like other bush towns, it too had fallen on hard times, but instead of leaving a row of empty shops to stare like dead eyes onto the street, two ladies from the village set them up as if they were inhabited and they change the display every month. 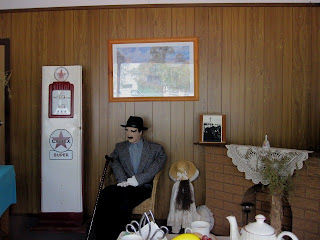 Display in the old butcher's shop 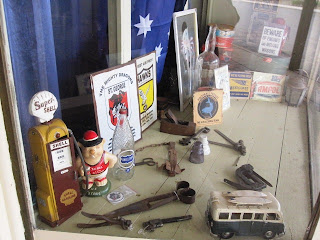 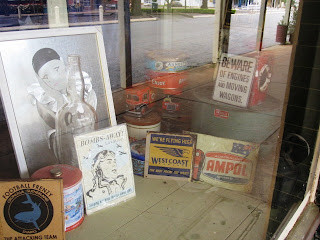 Another
The buildings in the town are beautifully maintained and there are pretty planter boxes and bowsers all around town which help to make it look lived in and welcoming. Camping is free and so is the museum which is full of nostalgia. There are also lovely second -hand and antique shops. 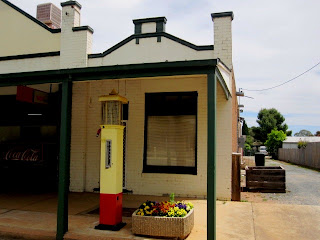 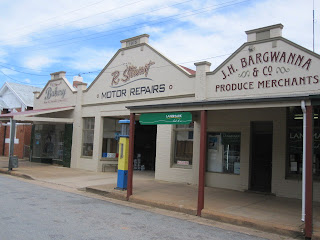 Yes, there were plenty of bowsers,  and I could see the peppercorn trees down the main road. The bowsers started multiplying when motoring took off in a big way in 1925 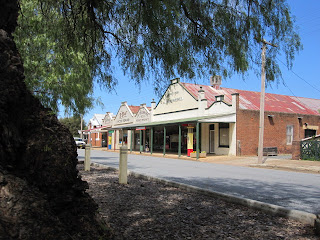 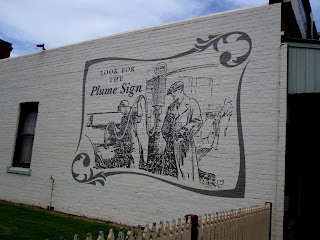 And some very nice old signage, but that didn't explain the wowsers*
* A wowser for those non - Aussies out there, is an unflattering term for an excessively puritanical person, so I sought some information from Gwen Fairman who runs the museum in the old barber's shop and the Second Look  second hand store. 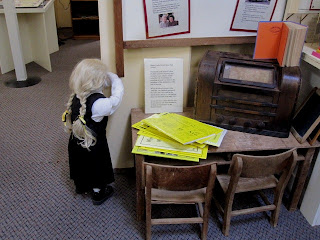 The museum had some good displays too. This one is about the School of the Air, the way children in the bush who couldn't get to schools used to get their education 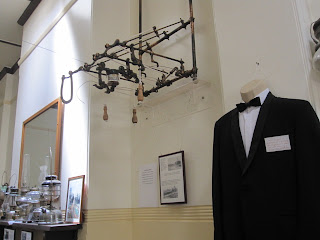 And who remembers these things? These were little vaccuum tubes that whizzed your money up to the cashier and returned with your change and your receipt. There still used be one in a Melbourne Department Store called Buckley's when I was little. This one came from the town's grocery store across the street
Gwen used to be a  "Hello Girl" meaning she worked at the old manual telephone exchange and could listen to all the gossip. The switchboard is in the museum too. 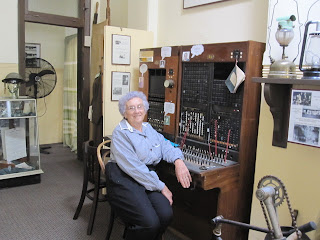 Gwen Fairman sitting at the manual exchange where she once worked
It seems that back in the 1920s no -one liked the publican of the town's only pub, so a second licence was sought by local entrepeneurs. Unfortunately for them, this was the height of Temperance fervour which began in Australia in about 1830, following on from the success of similar movements in the U.S.A.
It was thought that if the demon drink could be eliminated many social evils such as domestic violence and poverty would end too.  Australia was then a male dominated society and pubs were the only places besides church, where you could socialise. Places like Broken Hill had 60 pubs at the turn of the century and Tasmania had one for every six people. 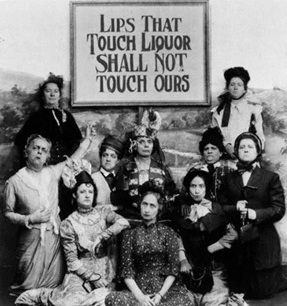 Typical Temperance Poster of 1919
My daughter sent me this poster quite coincidently. It said at the bottom:
"Makes you want to keep drinking!"
In the USA they achieved Prohibition in 1920, but in Australia they succeeded only in having pubs closed on Sundays (and there were ways around that too) and having them close by six in the evening.

This unfortunately resulted in what was known as the 'six o'clock swill' when people- generally men, would attempt to cram in as much alcohol as possible in the limited time available, something which would not change until 1955.


Back in Ariah Park, a number of local temperance -minded people, who had presumably taken the Band of Hope Pledge, hired a Sydney barrister to contest the licence. He succeeded in having this otherwise very popular proposal knocked on the head at the Licencing Court in Temora in 1926, and no second hotel could be opened. Thereafter the editor of the Ariah Park News coined the phrase "Wowsers, Bowsers and Peppercorn Trees" to describe the town. 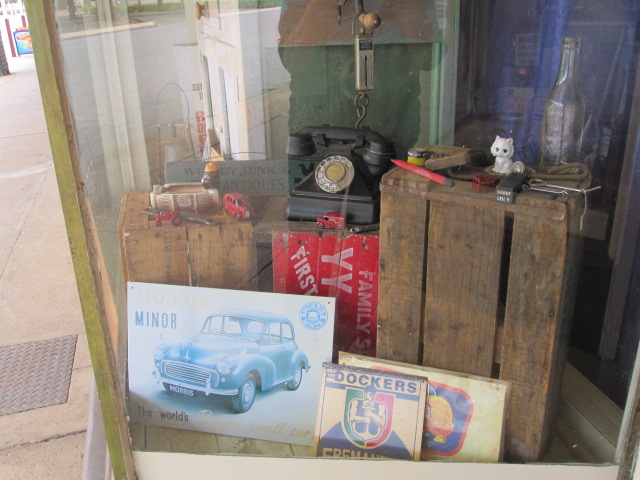 I just know friends at the Morris Minor Car Club would really appreciate this place. Hmmn. I'm pretty sure that people at the Ulysses Motor Cycle Club (Whose motto is Grow Old Disgracefully) would love it too, though I can't guarantee that the coffee is as good as mine was.
The town refuses to die in other ways too.  Gwen told me that when the café was about to close, the town rallied together and bought shares in it - $1000 each, and it is now leased to a young couple who do a nice line in strawberry pancakes.  At 85, Gwen doesn’t expect to get her money back in this lifetime, but she doesn’t seem too sorry. She typifies not only the “Never say die,” spirit of this town, but also the hardiness, optimism and hospitality that used to be the hallmark of rural dwellers in Australia. After a cuppa and the obligatory biscuits, I reluctantly continued on to Canberra. May many more small country towns have local guardians like this. 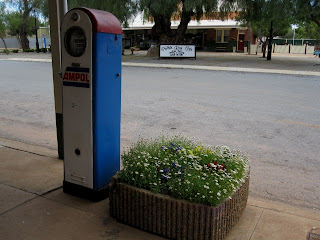 Thank you for the coffee and a lovely chat Gwen! How did the topic of Iceland go?
The last couple of hundred kilometres were much harder than the previous three and a half thousand. Too much traffic, too many hills and too many little towns with 50 km roadsigns. At least N.S.W. had the good sense not to bypass them as other places have done, including Tasmania, and thereby not cut off their lifeblood completely. If they had, I would never known for instance that a little place called Barellan was the home of former Tennis Champ Evonne Goolagong.
Much as I was looking forward to seeing my son, I had to have a good lie down and several cups of coffee before I tackled the last run into the city as there had been nowhere to pull over for ages.
Email Post