The Long Road Home 3 - Canberra and the Home Run

This was going to be the last post for 2010, but I have just come across some photos of Tasmania I thought I'd lost, so may put them on over the next few days.......


The Last thousand Km.
Canberra is lovely in the spring. I’ve always rather liked it. For a start it is completely artificial, having been built in a sheep paddock halfway between Sydney and Melbourne because they both wanted to be the capital of Australia. 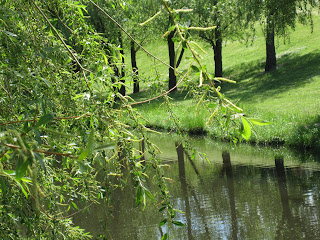 I haven't seen Canberra look this green since about 1978
Everything is beautifully laid out and it is a bit like a political Disneyland. Here’s Parliament House. There’s the Old Parliament House. Here’s the Prime Minister’s residence and there are all the embassies, each its own fantastic bit of architecture and usually set in lovely gardens or parkland and who knows, you may even run into your local politician opening something or doing a lap of the lake.
Secondly, the National University is here, along with several Scientific Organisations and observatories, so it is probably the most international city in Australia on a per capita basis, and probably the one with the highest collective IQ. It also has the highest food prices and rents, but we won’t go into that now. (Three piece suits on the other hand, are pretty cheap because there are an awful lot of public servants here too). 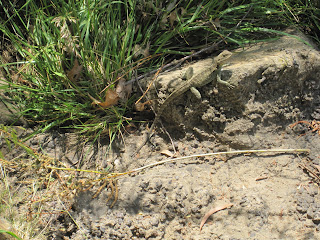 This is a water monitor (a kind of lizard) attending the National University
Lastly, though it should have probably have been firstly, I always have a good laugh with my son and his girlfriend  fiancee and as usual, they dragged me off to several social events like Oktoberfest at the University. I am sure that people actually study there too from time to time. We also spent a bit of time  browsing the bookstores  - Canberra is fantastic for secondhand books, and going out for coffee or lunch and playing boardgames,  which is the latest craze to hit Canberra.


I thought at last I would have some extended time on the internet and would be able to upload my photos, but two of the USB sticks wouldn’t open anymore and my old laptop tossed its mortal coil as soon as I started. Luckily, I was in the right place for technical support and my son set me up with a new computer and saved most of the photos, though  they are no longer in the same order, and a few  are still lost. Check the blog occasionally if you are missing, because I will add them in when I come across them.  This took up most of our week together, but it was great seeing this branch of the family too, although as usual it was much too short. 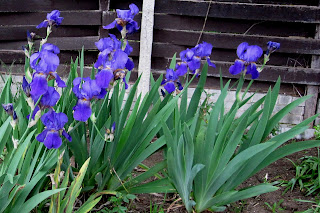 Van Gogh's Irises
Since my last visit my son and his partner have discovered the joys of suburban living. What this fifties house lacks in trendiness and multiple bathrooms is made up for by the big garden. They have both been very busy. 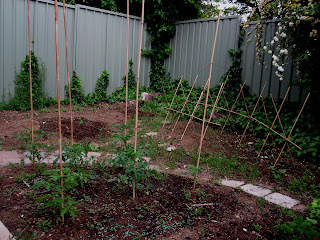 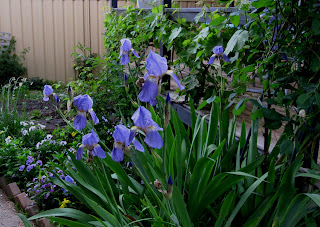 Her Garden
Did you know that Irises symbolise
"Faith, wisdom, cherished friendship, hope, valor, my compliments, promise in love, wisdom?"
There certainly are a lot of them here! 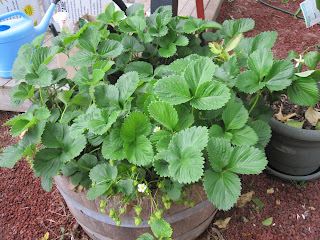 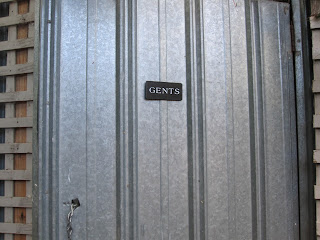 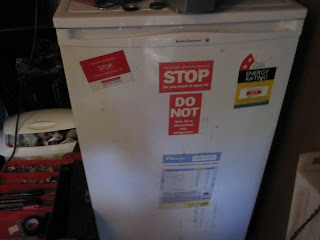 It contains the bar fridge kindly donated by ANU. If you zoom in on this you will see that it is an ex Bio Hazard fridge. Believe me, no one steals the beer


Oh yes, speaking of loos, remember my disappointment with the Opera House toilet in Vienna? Well, my son showed me a toilet in Canberra which exceeded my expectations. It was at a little restaurant behind the Drama Theatre. Unfortunately I couldn't linger too long because it was the Gents. The Ladies was pleasant enough, but not half as interesting. 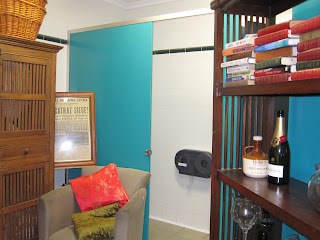 Now this is a Toilet! 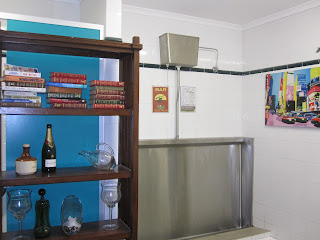 Too bad it was the Gents. The Ladies wasn't as interesting 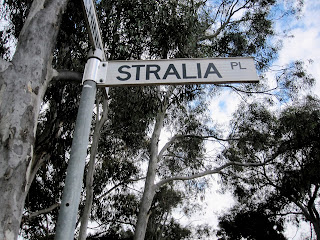 Only Australians will appreciate this one - the street does have the obligatory utes, but the residents weren't all that keen on me taking photos
All this took rather long and didn’t leave me much time to spend with my sister in Melbourne (another 700 km) but we still had time for a  lovely meal at a Vietnamese restaurant and spent an afternoon clearing the gutters and twigs off her roof – (They are a fire hazard and this was where the terrible fires were a couple of years ago)  before I had to  catch the ferry to Tasmania.
My youngest son was in the process of moving too when I got home and grumbling a lot about all the stuff he had acquired and now had to move as well.  Since my daughter and family have also moved at least twice this year, I think the whole family needs houses on wheels and not just me.
Tasmania had had rain too and was incredibly beautiful as I drove through. It is still the kind of place where people have the time and patience to grow annuals, but I didn’t have time to stop and take photos. Even though it’s officially summer now, it has been quite wet  and cold and I was grateful that my winter clothes arrived from Russia a couple of days after I did. It’s nice now to be doing homey things for a while, like planting herbs, baking gingerbread and thinking about how I am supposed to stain the decks. Just as well I can’t do it in this weather. 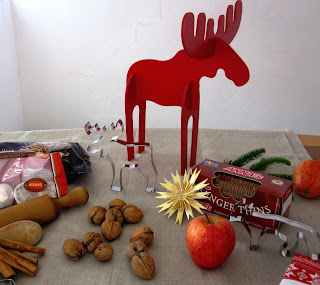 Now the Reindeers and I are getting ready for Christmas
There was good news when I got home. The Vale of Belvoir for which I campaigned a couple of years ago, had now been bought by the Tasmanian Land Conservancy and I was just in time for the celebrationary drinks.  The other big thing that was happening was that plans to build another big paper mill in the state had now been scrapped because it would have consumed vast quantities of Tasmania’s fragile forests as well as affecting things like fisheries and  tourism. This has been going on for a long time in Tasmania and things got quite heated with rumours of corruption and protesters being  arrested and fined.

The next  big project for the TLC is to buy all the timber company’s holdings – around 27,000 hectares. They don’t keep the land. They just buy it, work out a management plan, put a covenant over it to protect natural and heritage values and then resell it to people who respect that. The money then goes towards purchasing the next place. I think it’s a great idea. The Capitalist solution to conservation. If you like it, buy it! It might be an idea worth trying in other places. We need all the carbon sinks we can get! Although this company is now helping conservationists, other forest companies have not given up yet. There is currently an international campaign by aavez in progress in this regard.

Well everyone, I really have to go now. I may add a few things here and there but will catch up with you again next year. I wish you all a very Happy Holiday and a wonderful, fantastic, brilliant New Year! 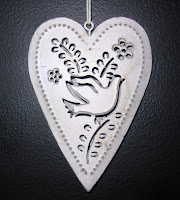