Window into the Past - Down at the Police Museum 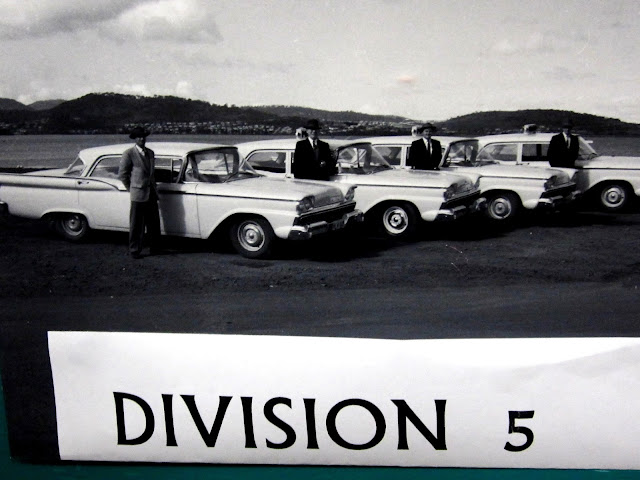 A few days ago I discovered the Police Museum. I didn't know we had one. It's only been there for fourteen years but Hobart gives up its little secrets grudgingly. I only knew about it because it was mentioned in the activities for Seniors Week (October 11 to 18). I usually don't admit to being a Senior unless the discount is very good. I suppose I should be grateful that I still get glared at when I sit in the Senior seats on the bus, but it seems like it wasn't all that long ago that I had to produce id. to be allowed into pubs and clubs.

They say you are getting old when the policemen look young. In the Police Museum there were several other items that had the same effect. Seeing the old versions of the speed camera (the two black cables across the road), the early breathalizers (I remember when they were new!), the police motor bikes which we used to watch at the show and the early fingerprint kits which we also got to know as children at the same time and place. Nothing like seeing things from your childhood become 'historic' to make you feel like a dinosaur.


Exhibits cover law enforcement in Tasmania from colonial times. As guide and former accident investigation officer, Barry McDonald pointed out, the handcuffs from that era were very small.  Then there were the Convict Constables including Tasmania's most famous bushranger, Martin Cash. The principle of using a thief to catch a thief seems to have fallen by the wayside. There doesn't seem to be much recruitment from Risdon Prison.

At this time each municipality in the state had its own police and each force had its own uniform, usually including some permutation of the British Bobby's helmet. By 1899 all the police forces were brought together under the state umbrella and the number of administrative districts was reduced to three. While this has stayed pretty much the same up to the present day, the duties of police and their numbers have greatly increased, now covering things like fraud and e-crime, firearms registration, granting licenses for protests and road closures, traffic management, forensic services, marine and rescue services, counter terrorism and special operations such as protecting dignitaries,  hostage negotiation, community liaison and peacekeeping in troubled places, as society has changed.


Further evidence of changing times comes from the display case showing female uniforms of the 1960's. Only seven women were in the police force then and their sole deployments were looking after lost children or searching female prisoners. Now women represent 29%  of the police force and are active in  all aspects of policing.


There were poignant moments too -like the honour board for officers who lost their lives while on duty. Graphic pictures of disasters such as the bridge collapse at which the police are often among the first responders.
Sporting trophies and pictures of the Police Pipe band attest to lighter moments. Alas, it is a sign of the times that there are no longer any active police officers in the latter, only civilians, but they still give free tuition to anyone interested in learning drums or pipes. It makes me think of our local  policeman affectionately known as"Booker Smith," playing his bagpipes high on a hill while wearing full Scots regalia. An impressive sight and sound.

The Police Museum has taken me back to other times and places.If you would like to see it, it's open from 9 -12 on Tuesdays or by appointment. Just ring the Curator, Russ Ames of the Tasmania Police Historical Group. (03) 62282472 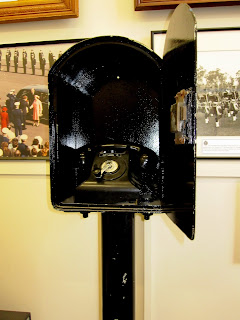 Thank You for showing me around!