The good news is that Eli Pariser's "Filter Bubble" concerns may be diminished under new a innovation by Google  see Has Google Popped the Filter Bubble?

You can also diminish your exposure by using the following tips:
http://www.thefilterbubble.com/10-things-you-can-do

On the negative side, green groups have come under increased surveillance here in Australia, both electronic and otherwise with the government contracting private companies to do the work. Nor is Australia alone in this. Crikey's Bernard Keane has been bugging the buggers and kindly provided a link to bugged planet which shows all the companies involved in tracking down those pesky dissidents.
However,
"The list does not include internet monitoring and censorship operations undertaken under contract to intelligence agencies (which are kept from the public and available only to MPs on request) or law enforcement bodies such as police forces" such as the one above."

For a long time I have been wondering how the internet will change the way we think. Just as books led to linear forms of thinking and the development of pictures in our minds  (and new neural connections), different forms of input will yield their own patterns of thinking. Thus far I have tended to be optomistic about these developments as people also prophesied gloomily about the advent of comics and the coming of television. As this vast new mass experiment gains traction worldwide however, researchers are beginning to notice the effects.
Read this Adbusters article by Nicholas Carr to find out what it is they are discovering. Fortunately, there is good news there too, about ways to mininimise the negative effects.

Lastly, a friend  who makes beautiful music from samples combined with old music has been lamenting the stringency of our copyright laws and I also often find myself in a quandary when I would like to combine pictures from elsewhere, say a newspaper clipping or advertisement with photos or other people's art. To make things worse, it looks as if the U.S. anti piracy laws have gone through too. Wiki is protesting this by shutting down for 24 hours, though I don't quite see how that it will help, other than stopping about 25 million kids from doing their homework.

Looks like our only option may be moving to Sweden where according to the Atlantic Wire, filesharing has become an official religion

"It took two years and two failed attempts for members of the Missionary Church of Kopimism to earn the official designation as a state-recognized religion in Sweden, but they finally did it."

At last! A religion I could believe in. Where can I join?

And just to spite the laws, I am going to put in this lovely pic shared by my friend Bec. 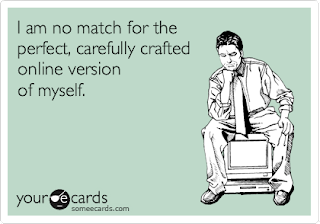