After Queenstown, I head to Arrowtown, a delightful heritage listed village left over from the 1860’s gold rush days. According to Google, it should take 23 minutes to get there from Queenstown, but Google lies. It doesn’t seem to know about the crazy zig zag road that takes you over the Crown Range which lies in between. Even though I have had plenty of practice honing my mountain driving skills on Tasmania’s West Coast, not even this quite  prepares me for how narrow these roads are, how steep the grades and the fact that there are numerous one -lane  bridges, rock falls and roadworks. In fairness to the people who manage these roads, they have my utmost respect – not many places have to contend with such difficult terrain, ice, snow, avalanches and landslips all at the same time, never mind general maintenance. The views are spectacular but there’s nowhere to pull over and you can rarely take your eyes off the road. After a brief stop at Lake Hayes, the first of many beautiful lakes, I finally make it.

I can immediately see why there are so few people in Queenstown (NZ). They are all up here, thronging through the main street or wining and dining at one of it’s 20 plus eateries. There are some very attractive laneways and specialty shops too, particularly now as Arrowtown is getting ready for its Spring Arts Festival which runs until mid -November.   Many doorways and verandah posts are decorated with flowers in anticipation, something I haven’t seen anywhere else. Though Arrowtown’s main claim to fame is its attractive intact streetscape, the setting is superb and its river played a starring role in one of the “Lord of the Rings” movies. There are a number of short or long walks too.

Gold was discovered on the Arrow River in 1862, around the same time that Gold Fever gripped Australia, Tasmania and Alaska. Soon there were fifteen hundred miners milling around which necessitated the building of pubs, post offices, stores and banks, many of which remain in existence today, though not necessarily plying the same trade.  The butcher’s shop (1872) for instance, is now the real estate office, the General Store (1862) is now a pharmacy, the bank (1875) now houses the museum and the Stables (1863) built for legendary clothing manufacturer  Bendix Hallenstein is now a restaurant, but many “originals” such as The New Orleans Hotel (1866) remain, along with many charming miner’s cottages.

At the far end of the town is a historic precinct of s different kind. This is where the Chinese miners had their own village. When the goldfield‘s easy pickings began to decline, the government of the day invited Chinese miners to come from the goldfields in Australia. Between 1860 and 1880, 8,000 of them came to Otago, mostly from the province of Guangdong in China. Their aim was not to settle but to earn sufficient to buy a small holding at home and to bring wealth and honour to their families.
By 1871, the Chinese outnumbered Europeans. Through diligence and hard work, they were also still able to win gold, while others saw their returns steadily diminishing. This together with the fact that they kept to themselves and retained their own stores and customs led to considerable resentment and suspicion among Europeans.  With the stores becoming the centre of social life and offering respite from hard work in the form of gambling and opium smoking, the Chinese were also accused of bringing debauchery and disease.

As the gold petered out many turned to other pursuits such as market gardening or farm work. Few did in fact make it home and restrictions on Chinese immigration meant that few could marry. One in seven miners died. Chinese people were also specifically excluded from obtaining the aged pension which was introduced for Europeans late in the C19th. After restrictions on Chinese migration were relaxed in 1987, the government formally apologised for its treatment of the Chinese and began restoration work on the village to show what conditions were like and to acknowledge the contribution made by the Chinese community. 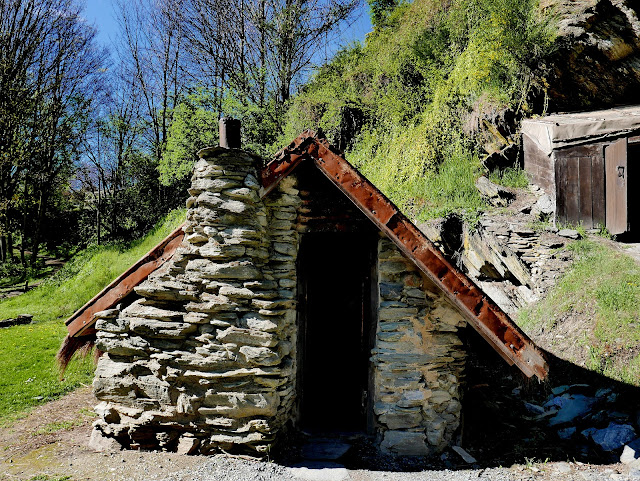 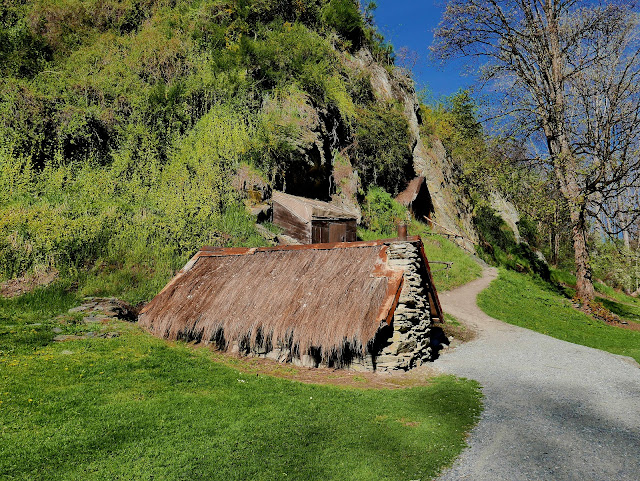 At first sight the reconstructions are somewhat confronting. The dwellings are tiny, have very low ceilings with only room for sleeping platforms, a fireplace and a few storage boxes.  Still, one only has to see or read about Alaska’s Dead Horse Trail where hundreds of would -be fortune hunters,  perished, not to mention 3,000 horses, to know that conditions on most  goldfields were rarely as quaint and romantic as they look today. Australia and Tasmania’s goldfields were not much better, the former plagued by heat, the latter by cold, harsh terrain and constant rain.

Tip: If you want to try getting bit of the glittery stuff without the discomforts, you can hire a gold pan for $8 and try your hand at panning.