It 10 a.m.Still sitting here in my dressing gown waiting for my brain to catch up with my body. I wonder who will call today. The last time I tried that, all jetlagged out and recovering from whooping cough, it was the Jehovah's Witnesses.The Postie wanting a signature for a book delivery has caught me twice so far. I am sure he thinks I am a lady of the night or at least a woman who truly has nothing to wear other than a nightie and a dressing gown. Why can't he call on all those other mornings when I am  up bright and early and chirpy as a bird?

I look down at my feet. I had a pedicure while I was in Perth and randomly selected some colour for the nail polish. I thought it was possibly a dark blue with sparkles, but it turned out to be almost black with just a hint of purple. I was quite pleased with it though thinking it sort of brought out my inner Goth. That is, until the little girls spotted it.
"Gee Grandma, it looks like every one of your toes has been hit with a hammer!" squealed the oldest who has just been visited by the tooth fairy. They always squeal.What the heck. My nails still  look better than they did before I left.

Youngest son dropped by late on Sunday night when he hadn't found me at the airport and helped me to dismantle the baby gate. Having tripped over it so many times I felt sure I would still be climbing over the place where it used to be for ages - a phantom gate as it were. It reminded me of a party game we played at the Bush Nook once where we set up a massive obstacle course and blindfolded all the guests to go over it in turn. Then we quietly removed all the obstacles and let them go for it. It was very funny watching people groping for and stepping over imaginary objects. That in turn reminded my son of a similar prank by Just for Laughs on YouTube and made us fall about laughing. Will put it in when I find it.

Haven't heard from my oldest son for ages which is most unusual since he is known in the family as motor mouth. Can't imagine where he got that from. He did however send me this, which I can certainly relate to. 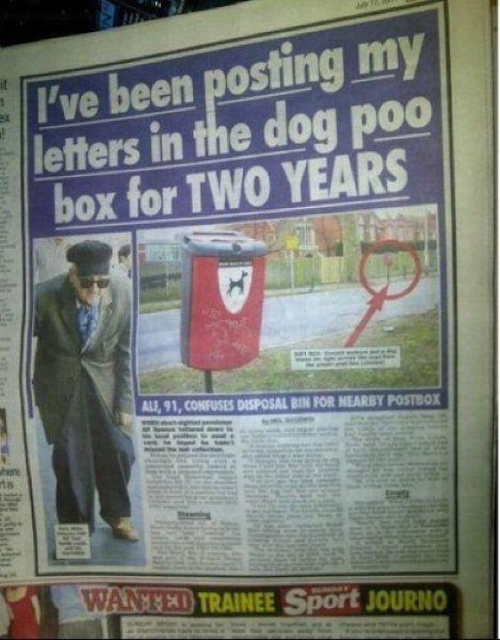 Further to yesterday's topic re: Bankers and Greedy CEO's I am pleased to see that brilliant Ozzie org. OzHarvest has persuaded both my bank and the greedy CEO of Qantas, Alan Joyce to participate in it's CEO Cookoff to provide meals to 1,000 homeless people in Sydney. This is only fitting since both the banks and Qantas have been busy shedding thousands of jobs and the banks have refused to pass on interest rates cuts to customers. Would like to see a lot more CEO's do the same. As well as doing a little to ease their collective shame, I am tired of little people being asked to do all the giving while they are the main beneficiaries of downsizing.
Email Post