Too much running around today so just a little bit of news, mostly Australian, and two pleasant surprises. I'll tell you about those in a moment, but first a couple of updates...

Most of these issues have been raised by CHOICE* The People's Consumer Watchdog.
As well as lobbying government and industry about issues of concern to consumers –  check out their marvellous Wall of Shame,  Choice also does independent research to rate all kinds of products. I always find this  particularly useful when buying major appliances that I will have to live with for years. Last year for example, when I was looking at TV’s and was completely baffled by what was on offer, I looked at their website and found valuable technical advice – not just price comparisons, but the features of each product and what would be most suitable in my situation, and how it rated in terms of the environment – e.g. differences in power consumption which could save money for years to come. However, I also like it for small things like choosing between different soap powders and shampoos. It's always a joy to discover that the best aren’t necessarily the most expensive.

In other good news:

Meanwhile, back at the ranch, had occasion to visit a service station today – a real one, one that still had a mechanic. As well as old movie posters and a very electic assembly of odds and ends, it also had some interesting signs like this one: 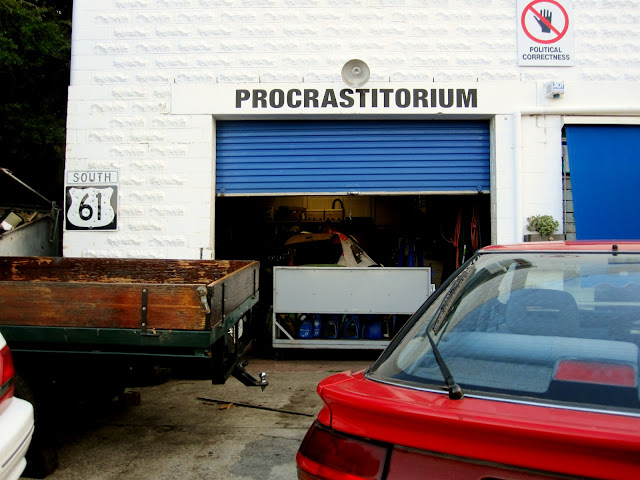 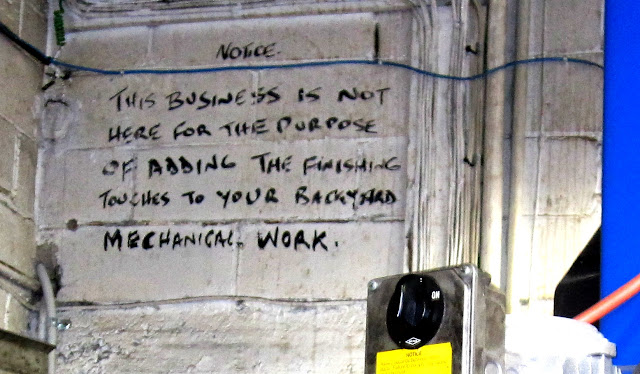 There was another minor miracle as well. The gas ran out while I was in the middle of cooking dinner last night. When the new cylinder came today and the gas burners were tested, the piezo switch that hadn't worked for almost a year, suddenly sprang to life. That hadn’t happened since I cleaned the stove last year and shorted out all the power in the house. When the electrician came to restore the electricity, he said I would have to buy a new stove top. Not being able to afford one at the time, I have managed to get by using matches and lighters. Although this spontaneous remission looked absolutely miraculous, the simple explanation was that the switch had apparently finally dried out. It was 39oC on Saturday. That may have had something to do with it. I solemnly swear that I will never clean the stove that thoroughly again.  It does make me want to try my old phone again, but maybe that's just tempting fate.

Have a good night/ day all. Promise to harangue you again tomorrow! Sometimes Real Life gets in the way.

* There may be a similar Consumer organisation near you. Check out the website for Consumers International  which has affilated groups in 115 countries and also offers guidance and advice.
Email Post