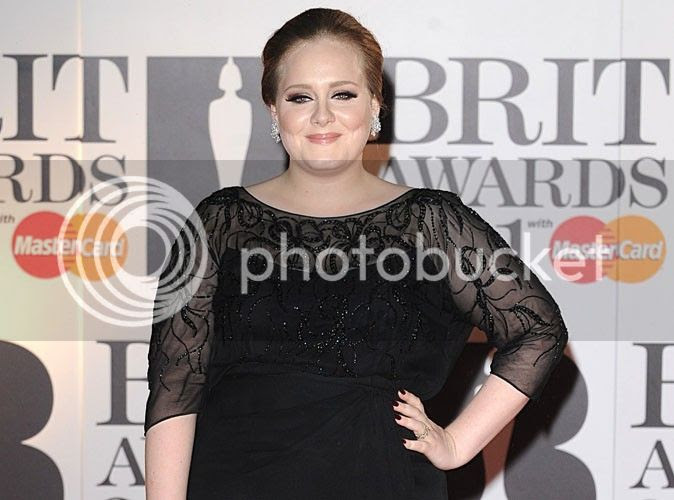 
I really, really wanted to send a Valentine to Adele, not just for her fabulous singing or for winning all those awards, but also for taking on Karl Largerfeld and his ilk. When criticised by Lagerfeld about her weight she responded by saying that she was " proud of her body because she represents the everywoman."

"I've never wanted to look like models on the cover of magazines. I represent the majority of women and I'm very proud of that," she told People magazine.


Real women, curvy women everywhere should be eternally grateful for that.


And, while I am doing a bit of Fashion bashing, I also applaud the article in this week's National Times


Sexed up tween advertising shows fashion needs to grow up

Later:.... I' ve just looked at the online catalogue with its videos and don't find the images particularly pornographic - certainly nowhere near as bad as some earlier Calvin Klein ads. However, I have to agree with one of the commentators that what is wrong with these videos is that they are

".... highly objectionable, obnoxious and distasteful in their vapid narcissism. I agree with an above comment suggesting that this is more an outcome of our consumerist world. More fodder to promote rampant and desperate consumerism in this demographic.
Clearly, the actual clothing is not the intended as the focus. It is just another medium that reinforces in youth culture, self-obsession, shallowness and the pursuit of unachievable and empty objectives."