A Win for Whales and Chickens; Gay People 50: 50; Sharks nil 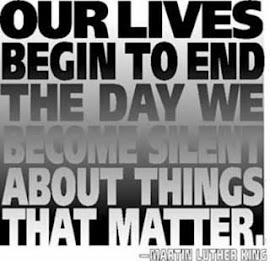 Just a quick update tonight. It's been 37oC all day. The neighbours are having a party and I have just finished a glass of wine.

At least there are a few things to celebrate this week. The chickens are doing well, Amazon has withdrawn it's whale meat offerings from its Japanese website and there have been a couple of wins for gay people. It would be nice if we could now extend a little of that sympathy to sharks and stop shark finning. Sharks are not cuddly and not a few people wish they would stay away from our beaches, but sea life is under threat everywhere and not even they deserve to be treated like this.Watch the video and you will see what I mean.   Eating shark fin strikes me as another frivolous food fetish which causes unnecessary suffering, in much the same way as pate fois production does, not to mention the criminal waste involved. That is, it would not be so bad if the sharks were being used for food, but the fins are just cut off living creatures which are then left to drown, rot or be eaten by predators.

Although the above petition relates to Australia, there is an international one on the Care2  site as well.

With respect to the civil rights of gay people, Uganda's Death Penalty Bill  for HIV positive homosexuals has been averted and Swedish transgendered people who wish to be recorded as having a different gender, must no longer undergo forcible sterilisation, a curious throwback to eugenics thinking in an otherwise enlightened nation, but there is still some way to go. Still on the table are an urgent petition in St. Petersburg, to stop anti -gay censorship, and several others in the USA. In New Hampshire Gay Marriage Rights may be revoked. Meanwhile, same sex civil unions have just been vetoed again in New Jersey while in Maryland they just may get under way, making it the eighth US state to OK them.  It could happen in Queensland, Australia, too  but only IF Queensland ONLY voters sign the petition now.

Not being gay or lesbian, same sex marriage is not a pressing issue to me personally, so why bother? Why get involved in things which do not concern me directly, especially those involving other countries? The reason is that people who are being persecuted are often powerless themselves. By way of example, were it not for the intervention by other people and other countries in World War II, Europe would look very different today. In fact, reading about the issues in Sweden  and what was happening in Uganda made me think a lot about what happened in Germany during the war. I thought we had all moved on from there too. So long as what people are doing or believe does not harm others, we should defend their right to do so, if we are lucky enough to be living in a place that allows us to do so. Today it's them, tomorrow it may be us. Let's hope they will stand up for us too. The letters of gratitude from the  the gay community in Uganda says it all.


"Brave Ugandan LGBT activists and millions of people around the world have stood together and faced down this horrendous anti-homosexuality bill. The support from the Avaaz global community has tipped the scales to prevent this Bill going forward. Global solidarity has made a huge difference"

"Many thanks. As you know, thanks to a very large extent to the intensive lobbying and combined effort of you, other civil society representatives, EU and other governments, plus our delegation and embassies on the ground the Bill was not presented to the Parliament this morning."

The victory there echoes across many other places where hope is desperately needed, showing that kindness, love, tolerance and respect can defeat hatred and ignorance. Again, a huge thanks to all who made it happen."

Here's  a little postcard with  an antt- anti gay message to send to Russian Airline Aeroflot on their birthday. I hope it says end the discrimination against gay employees, the censorship and the criminalisation of homosexuality:
Send Aeroflot and Sky Team a birthday postcard. Below you'll see two postcards (in English and Russian) that Russian activists are encouraging folks to send to Aeroflot and Sky Team. You can post on their Facebook pages (Aeroflot here, Sky Team here), or send an email to presscentr@aeroflot.ru, openline@aeroflot.ru, and media@skyteam.com. (For full size versions of these cards, click here for Russian and here for English.) 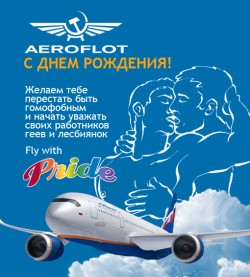 This is from MoveOn: In Which States Can Ellen Get Fired For Being Gay? 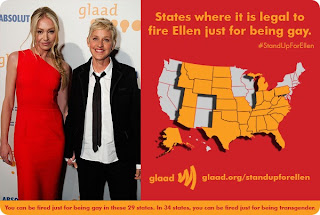 PS: European Union Citizens, may want to stand up for Greece too.